The West Hartford Town Council has been discussing the establishment of a Civilian Police Review Board for months, and Tuesday night voted unanimously to adopt an ordinance to create the board. 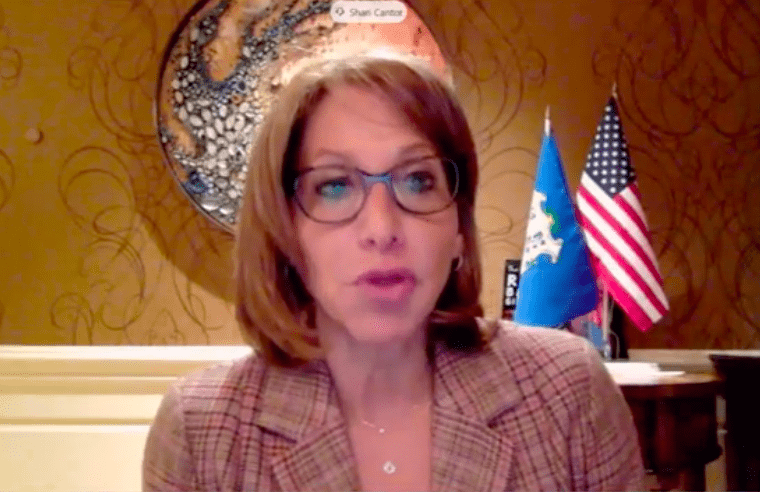 The West Hartford Town Council, through its Public Safety Committee, has been working with the police department on an “Action Plan for Improving Community Engagement & Trust” since last summer, and Tuesday night passed an important measure related to that plan: the establishment of a Civilian Police Review Board.

All Council members in attendance voted in favor of the ordinance creating the Civilian Police Review Board. The vote was 8-0, with Councilor Chris Williams absent from the meeting.

The Civilian Police Review Board will officially be established and begin its work on July 1, 2021, which will provide time for recruitment and orientation of its seven members, who will serve on staggered terms.

It will be responsible for reviewing the internal investigation of all complaints received by the police department, and provide the Town Council with an annual report of its activities and policy recommendations.

The complete ordinance can be found as a PDF below.

Connecticut’s Police Accountability Bill was signed into law by the governor on July 31, 2020, and while the ordinance passed Tuesday complies with the bill’s requirements, the Council’s Public Safety Committee had been moving to establish the Civilian Police Review Board for at least the past nine months, in advance of the state’s action.

West Hartford Mayor Shari Cantor praised the leadership of Chief Vernon Riddick and Assistant Chief Larry Terra – both of whom attended a public hearing Tuesday night on the establishment of the Civilian Police Review Board as well as the Council meeting that followed – for holding department members to the highest standards. West Hartford has an incredibly well-trained and professional police force, but Cantor noted that national events have made the need for additional safeguards and civilian oversight more critical.

“We knew this was a change we wanted to make,” she said.

“We have a plan,” Cantor said, and with this new measure, the town is several steps into the “Action Plan for Improving Community Engagement & Trust,” a copy of which can be found as a PDF below.

“We just want to make sure our community has the trust and understands,” she said, and the Board will help maintain the confidence in those who are trusted to protect the community.

The goal is for members of the Civilian Police Review Board to include a diverse cross-section of the community, and all must be West Hartford residents.

The nature of the work the Civilian Police Review Board will do is more adjudicatory and sensitive than the work of the town’s other boards and commissions, and Assistant Corporation Counsel Cynthia Lauture, who crafted the ordinance along with input from the Council and town staff, noted that a background check will be required in advance of nomination to serve. Members will have access to non-redacted versions of case reports, which contain information that is otherwise not released to the public, even through a Freedom of Information Act request. 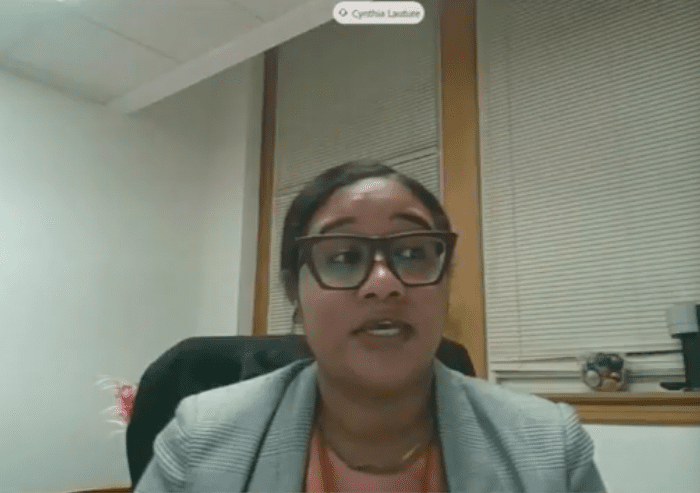 Assistant Corporation Counsel Cynthia Lauture speaks at a Town Council public hearing on the establishment of a Civilian Police Review Board on Feb 9. Screenshot

Police officers are not permitted to serve unless they have been retired for at least three years, but sworn officers, along with other town staff, can act as liaison.

The Board will review most internal affairs complaints, other than those for which litigation is already pending or those which fall under the purview of the state’s new Office of Inspector General.

Riddick said he is confident that the Civilian Police Review Board “will strengthen the relationship between the community and police.”

“I want to say this was a long road since the summer,” said Council member Carol Blanks, who chairs the Public Safety Committee, which in part to continue work on this measure continued meeting virtually throughout the spring, summer, and fall, while work of other standing committees was suspended due to the COVID-19 pandemic.

“I’m really happy to see how far this has progressed and the direction we’re moving in is a positive one,” Blanks said. She thanked the police department for their hard work and “continued commitment to excellence,” but especially for minority communities, “independent civilian oversight of police is critical to ensuring justice and fairness,” she said.

“This citizen’s review board will really look at what’s happening in this town. … Some of the conversations [will be] ugly and uncomfortable … but it’s something that we have to do,” said Blanks.

“I think it’s quite significant in its nature and demonstrates what’s necessary on the local level,” Deputy Mayor Leon Davidoff said of the creation of the Civilian Police Review Board. He said it’s a “win-win not only for law enforcement but for our community.”

“I think it’s very important … to have civilians involved in some oversight,” said Minority Leader Lee Gold, who also said he appreciated the transparency of the work to create the Board.

Council member Liam Sweeney did take issue with the requirement of background checks prior to being nominated to serve on the Civilian Police Review Board, stating that he thinks it’s important to have people on the Board who have interacted with police and moved forward with their lives.

“I find it against the spirit of what we’re trying to do here,” Sweeney said.

“Criminal history does not necessarily preclude you from serving on the Board,” Lauture responded.

Corporation Counsel Dallas Dodge added that the nature of someone’s criminal history might cause the Council not to want to move forward with a nomination – such as for those who have been involved with cases including serious sexual assault or domestic violence – which are very different from having past charges of petty larceny.

Riddick added that involvement with child pornography, embezzlement, or first degree larceny could also result in a red flag. “You’d be surprised about what people have in their background that you don’t know about,” he said.

Even when the police department is hiring officers or civilian employees, which requires a much more in-depth background check, Riddick said, they take into account “time and distance” regarding any past criminal history.

Cantor said it will be up to the Council to recruit a diverse group of people, including those who may have had a negative experience with the police.

“I am really pleased that we are moving this forward,” she said.

Town Manager Matt Hart, in a statement, highlighted the requirement that the review board make annual recommendations to the Town Council.  When it comes to public safety, we welcome input from a diverse set of outside and independent voices,” said Hart.

West Hartford Police are also in the process of complying with another measure required by the police accountability bill, the use of body-worn cameras by all officers. Three models are currently being evaluated by a cross section of officers, and the department hopes to select a vendor and implement the use of the cameras well before the July 2022 required date.

The West Hartford Police Department has had dashboard cameras in vehicles since 2013, but will upgrading those along with the implementation of the body cameras.