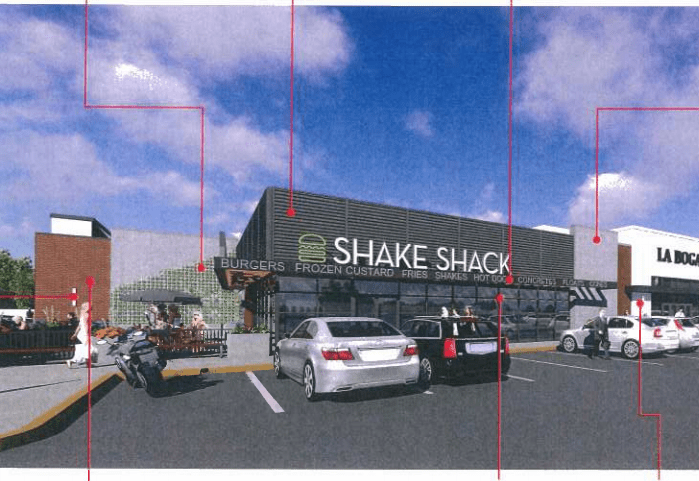 Shake Shack will be located in a portion of what is currently the Sears Automobile Center in Corbin's Corner in West Hartford. Image courtesy of the Town of West Hartford

Shake Shack will be part of the redevelopment of the current Sears property in West Hartford’s Corbin’s Corner.

Shake Shack will be located in a portion of what is currently the Sears Automobile Center in Corbin’s Corner in West Hartford. Image from plans filed with the Town of West Hartford

Seritage Growth Properties announced in November that Sears and Sear’s Automobile Center in West Hartford will close in January 2017, and the property owner confirmed Thursday that popular fast casual restaurant Shake Shack is the third tenant to officially commit to opening in the redeveloped property.

The redeveloped retail center will be called “The Corbin Collection.”

“Our goal is to transform the property into a first-class shopping and social destination that adds value to the community. Having already secured three strong tenants in REI, Saks Fifth Avenue Off 5th and Shake Shack, the shopping center will include a collection of other category-leading tenants. We look forward to working in close coordination with the town to bring our plan to fruition,” Seritage Growth Properties said in a statement.

Shake Shack, according to plans filed with the Town of West Hartford, will lease a portion of what is currently the Sears Automobile Center. A large outdoor seating area appears in the plans.

According to its website, Shake Shack originated in 2001 as a hot dog cart in Madison Square Park in New York City. A permanent kiosk in the park opened in 2004, and the popular chain, which has received notoriety for its milkshakes and burgers, now has locations in 15 states and Washington, DC, as well as in Japan, the United Kingdom, Russia, and other countries.

There are currently two Shake Shack locations in Connecticut – New Haven and Westport. Click here to see a sample menu.

Seritage, which recently purchased the West Hartford Sears as well as other Sears locations throughout the country, has estimated that the cost of redevelopment of the Corbin’s Corner property will exceed $27 million dollars. Construction is expected to begin the first quarter of 2017, and be substantially complete within a year, a company spokesperson said. 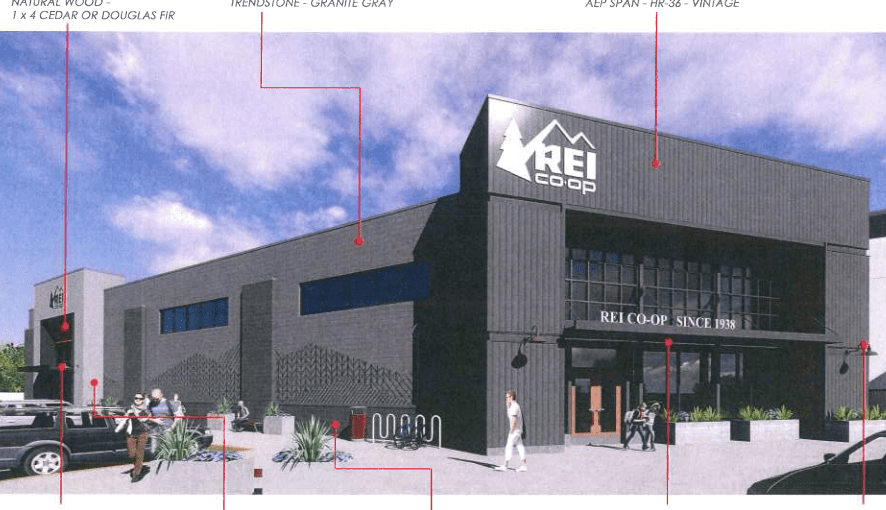 REI will be located in a section of what is now the Sears store in West Hartford’s Corbin’s Corner. Image from plans filed with the Town of West Hartford

Saks Fifth Avenue Off 5th was the first retailer to confirm that it will open its third Connecticut store at The Corbin Collection. Saks Off 5th will be located in the southwest corner of what is currently the Sears store.

REI officially confirmed Nov. 10 that it will be moving its West Hartford store from Blue Back Square to The Corbin Collection, and according to plans filed with the Town of West Hartford, will be located in the northwest corner of the current Sears retail store.

Seritage did not have information to share about any other potential tenants for The Corbin Collection, but said, “We expect the first-class property to house a diverse mix of leading retail and restaurant concepts.” 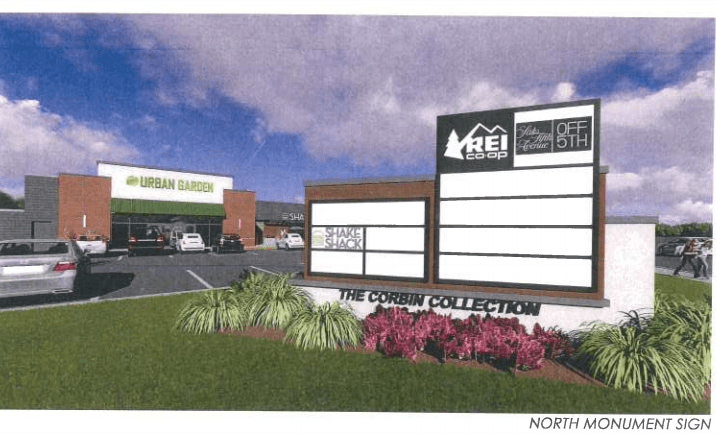 Proposed sign for the Corbin Collection indicating confirmed tenants. Image from plans filed with the Town of West Hartford