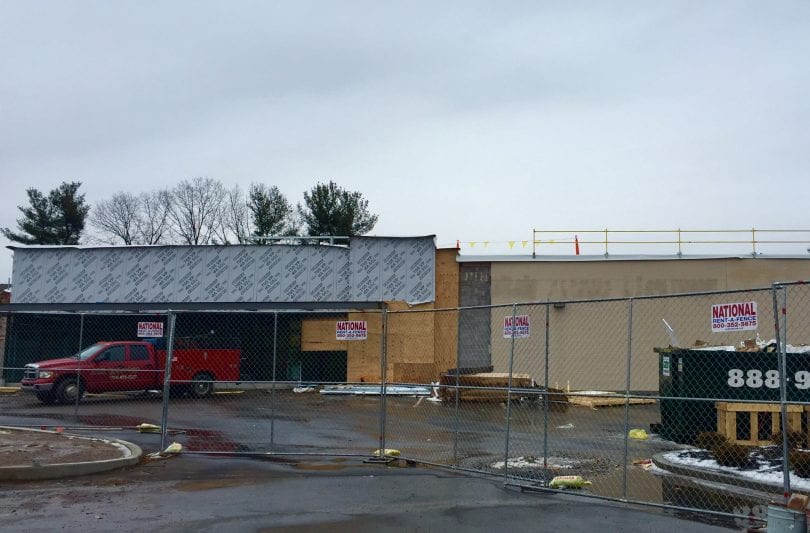 The building that will house Shake Shack in Corbin's Corner is still under construction, but a company representative said it should open in April. Photo credit: Ronni Newton

I was hoping that the robin I saw hopping around my backyard last weekend wouldn’t slip and fall, or get frozen in place after Wednesday’s icy mess, but I’ve seen him enjoying the backyard puddles this weekend and based on the upcoming 15-day forecast on my phone, perhaps he is actually a harbinger of spring (or at least springier) weather after all. I’m hoping!! 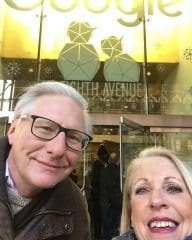 Selfie with Bob Carr in front of Google in New York City.

Very early (5:15 a.m.) on Thursday morning, I navigated the skating rink that was my driveway (wearing Yaktrax on my shoes because otherwise I might have been sharing a photo of yet another emergency room/broken wrist experience like the one from just about exactly three years ago) to catch an early train from New Haven to New York City, where I had been invited to attend a “Pubtelligence” conference at Google’s New York offices.

No, it wasn’t a drinking conference – although there was a great happy hour to close out the day – but rather a joint venture between Google and Ezoic for digital publishers and website owners. Our business manager and I came home with some great ideas for the We-Ha.com site, and I also came home raving about the cafeteria, which serves an amazing array of healthy hot and cold dishes, free to all employees. I went to get a drink of water and instead of plain water there was selection of spa waters like kiwi lemon, watermelon lemon, and mango lemongrass! And of course I was a total tourist and took a bunch of photos out the window of the great view of the city, and of the lobby. (See right and below.)

On Friday night, Ted and I attended Journey Home’s “Home is Where the Heart Is” gala at City Place in Hartford. What a great event – beautiful location, delicious food catered by Max Downtown – and a very important cause fighting homelessness in the region. I know I have mentioned that I have volunteered with West Hartford-based A Hand Up in the past, and the two organizations have overlapping missions. I am excited to learn that they have now formed a partnership, and will be reporting on that very soon. 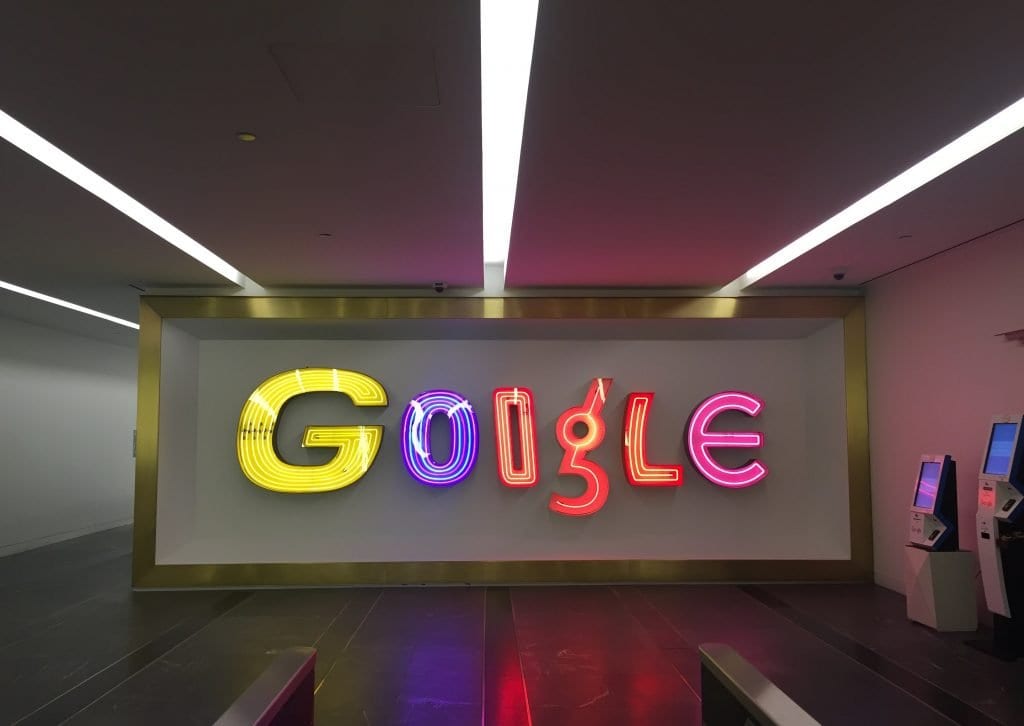 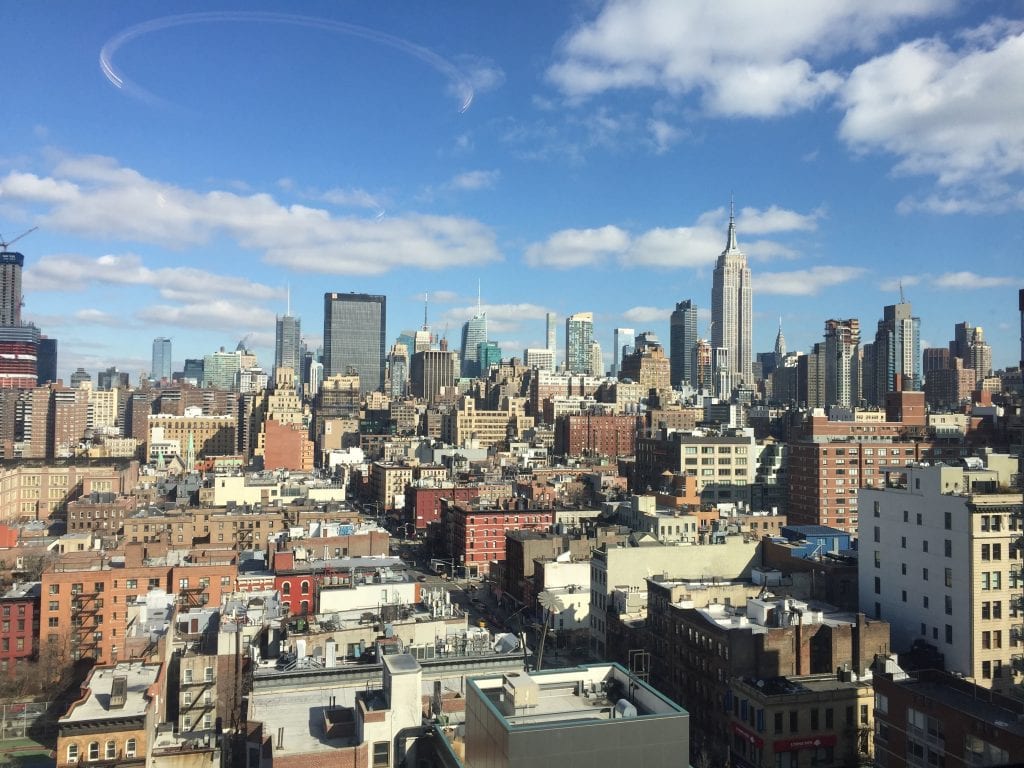 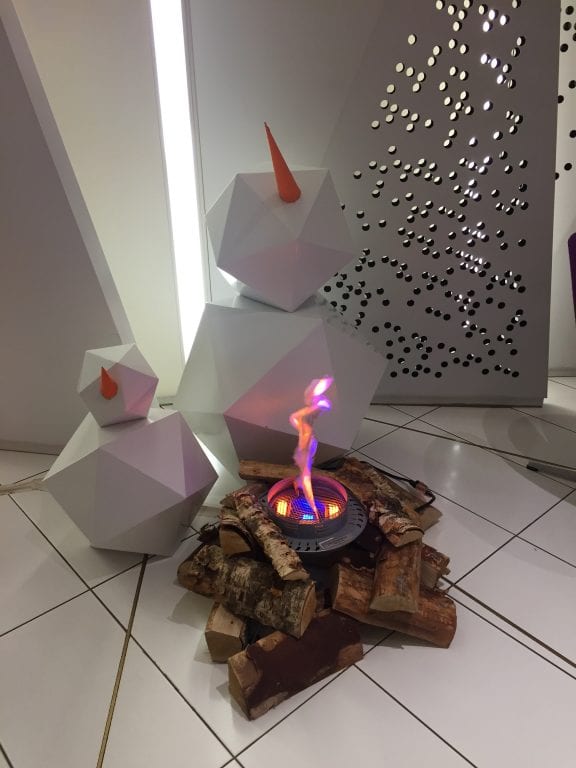 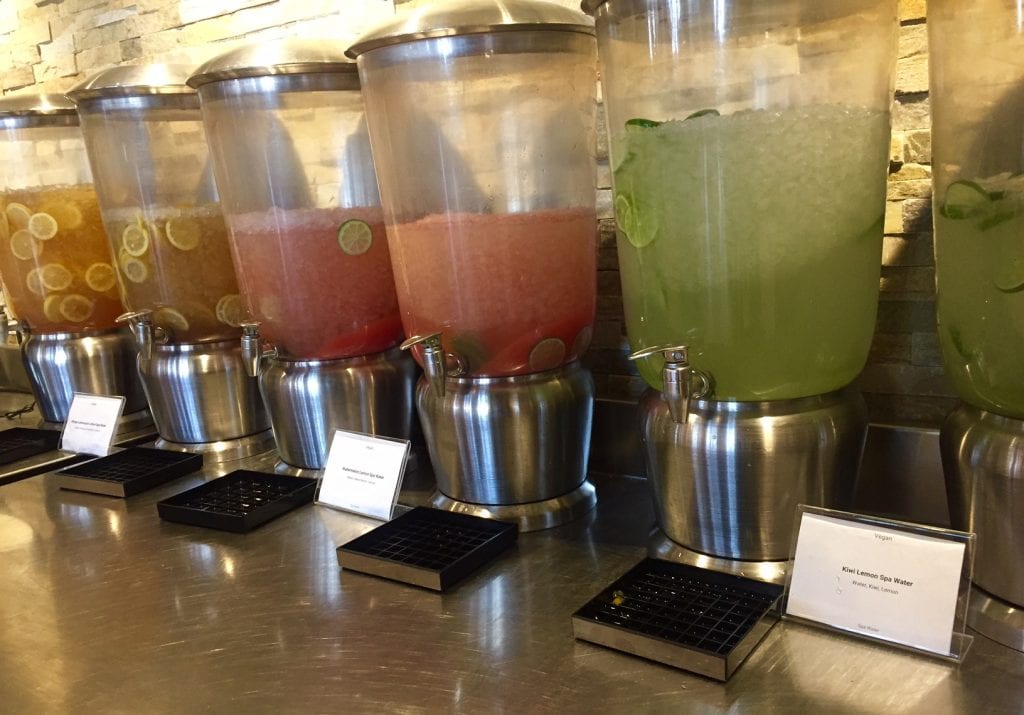