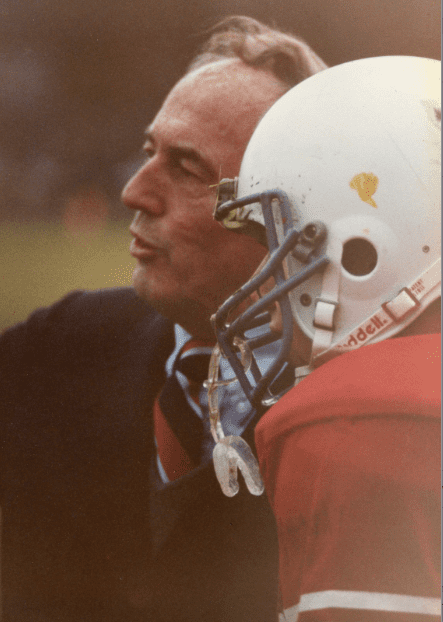 Robert J. “Bob” McKee passed away on Monday, Dec. 4, leaving a legacy in West Hartford that extends far beyond the Conard High School stadium which is named in his honor.

McKee, who was 95 and had lived in West Hartford for many decades, died at his home in Farmington.

Highly respected by countless former student-athletes and educators, and known to many others in the West Hartford community, most affectionately called him “Coach.”

McKee, who born in Canada, was a U.S. Army veteran and had a masters degree from Boston University. He began his career in West Hartford in 1948 as a teacher and coach at Hall High School, at the time the only high school in town.

McKee was named head football coach at Hall in 1951, holding that position until he moved across town to the newly-opened Conard High School in 1957 and launched that football program. McKee remained head coach at Conard until his retirement in 1983, amassing a record of 168-61-15.

Frank Robinson II, who died in February 2015 at age 91, took over for McKee as Hall’s head football coach in 1957. The lives of the two men, who became known as the patriarchs of West Hartford football, remained forever intertwined. Their legacies were the subject of a “All in the Family,” a documentary by sports producer Matt Vinick about the unique Hall and Conard football family dynasty and rivalry. 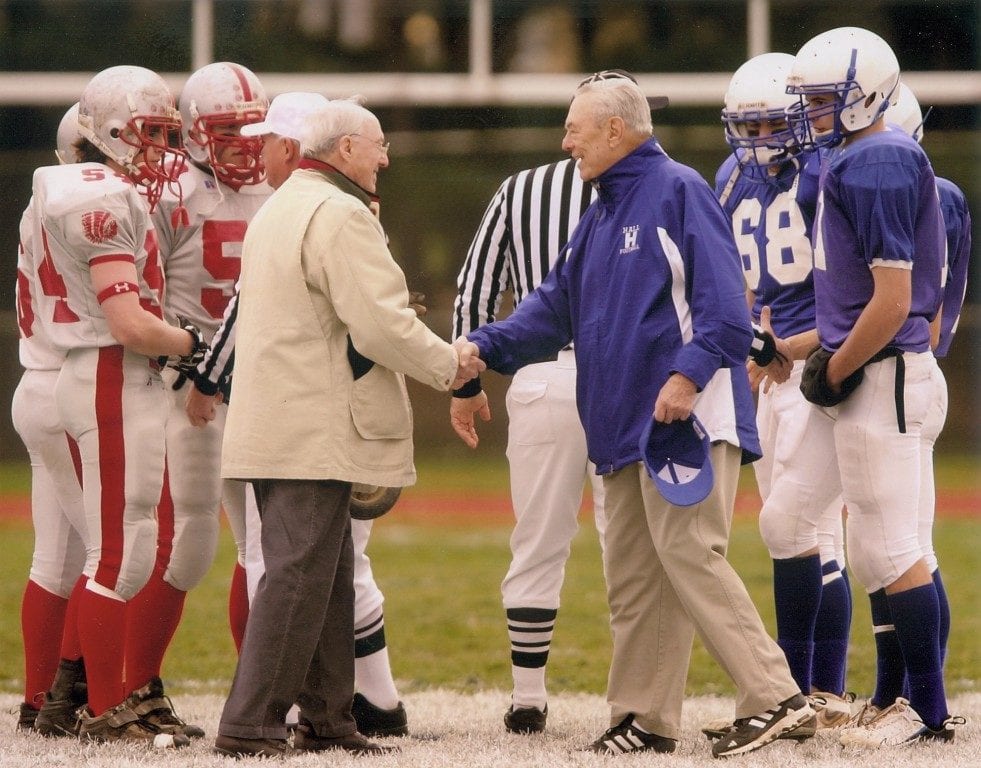 McKee was succeeded as Conard’s head coach by his son-in-law, Rob Cersosimo, who had played football for Robinson at Hall. When Cersosimo retired from the head coaching position in 2014, he in turn handed  over the reins to his son, Matt Cersosimo.

In January 2017, McKee was honored with a Lifetime Achievement Award from the Walter Camp Football Foundation. Frank Robinson II (posthumously) received the award at the same time.

McKee was named Coach of the Year in 1968 and was inducted into the Connecticut Coaches Hall of Fame in 1982. He also coached baseball at Conard from 1957-1979 and started the wrestling program, which he coached for seven years.

Superintendent of Schools Tom Moore, who taught history at Conard and coached football prior to becoming the school’s principal, said he knew McKee for 22 years.

“He was just that old school nice guy. Every time I talked to him I learned something,” Moore said. “You can’t find anyone he worked with who doesn’t say something good about him.”

Moore said that McKee, and Robinson at Hall, have created a special culture in West Hartford’s football program. “There’s such a history of decency, and Bob is a hallmark of that decency,” said Moore. “That has clearly been passed on to their children, and I am so proud of the McKee/Cersosimo and Robinson families.”

“He’s such a staple of who we are and really embodies everything that Conard represents,” Conard Principal Julio Duarte said of McKee. “His legacy will always live on at Conard.”

According to the obituary posted on Sheehan-Hilborn-Breen’s website, McKee became a fine arts painter and member of the West Hartford Art League following his retirement from Conard.

Donations in McKee’s honor may be made to the Northern CT Chapter of the National Football Foundation and College Hall of Fame, or to McLean Hospice, 75 Great Pond Rd., Simsbury, CT 06070.

Online condolences may be made at www.SheehanHilbornBreen.com. Burial will be private and a memorial service will be held at a later date.

The family noted that McKee was known for the expression “It’s great to be alive.” They ask that all who knew him take the time to perform a random act of kindness in his honor. 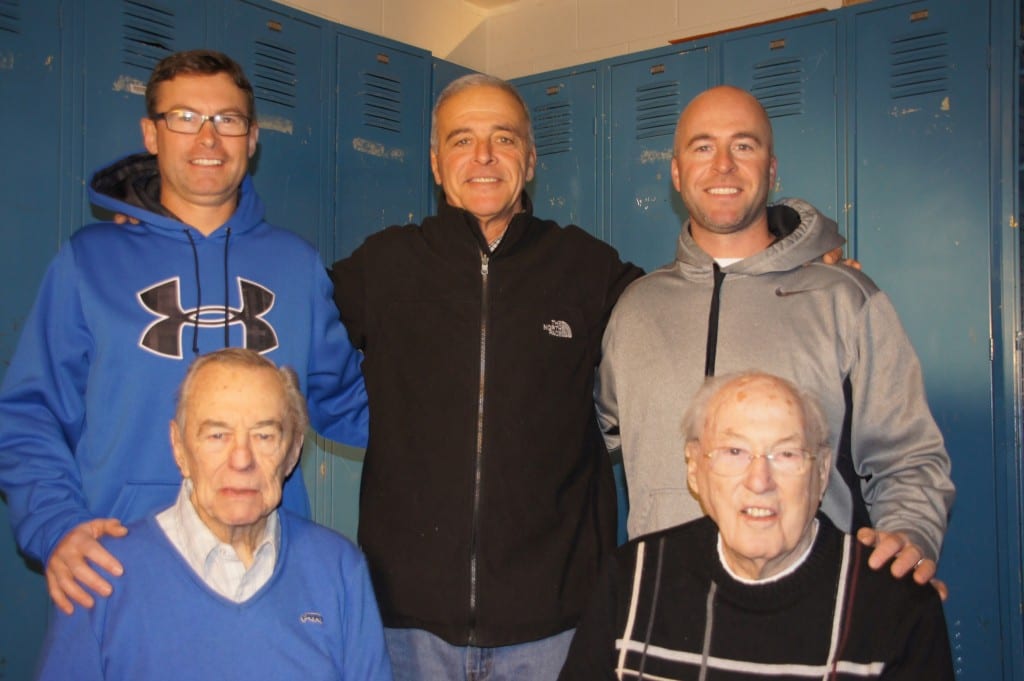 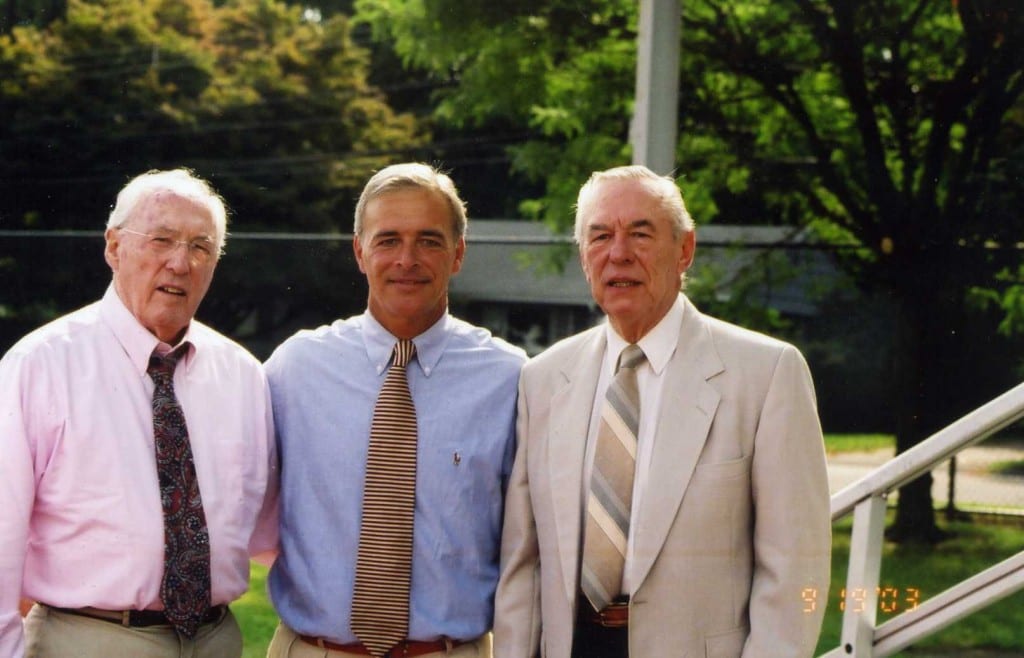