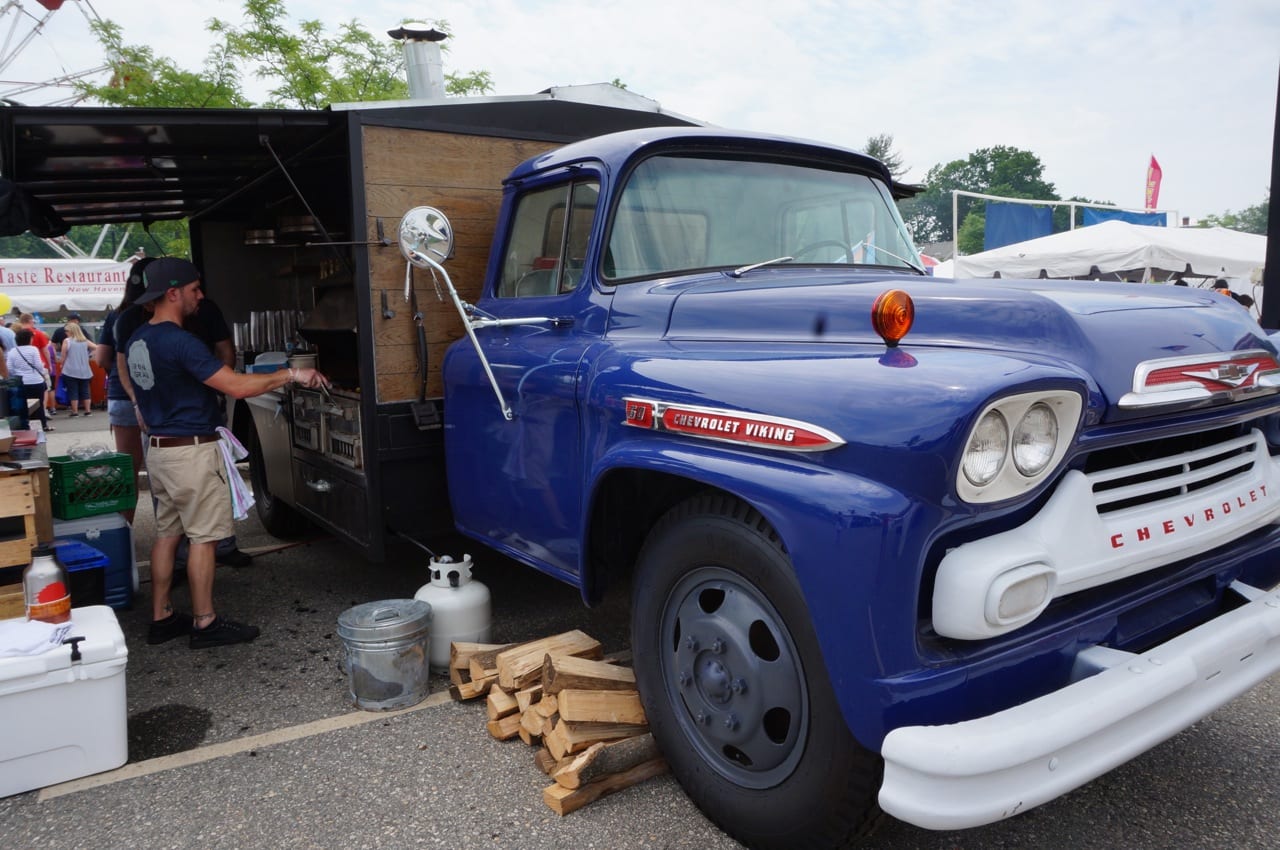 An ordinance passed by the West Hartford Town Council Tuesday night paves the way for food trucks to set up shop in the town’s industrial zone. The ordinance passed 8-1 by roll call vote, with Council member Chris Williams voting against it.

“This signals that we are listening and emerging as a community that is accepting and vibrant,” Mayor Shari Cantor said as indicated her approval of the ordinance.

Town staff worked extensively on creation of the ordinance, and Cantor said that while she understands that there might be some concerns about the ordinance adversely affecting local restaurants, her research into the industry indicated that food trucks bring increased vibrancy and can be compared to an “incubator” for the restaurant industry.

Food trucks are a great gateway to a brick and mortar operation, Cantor said, and can foster local people to start a business in West Hartford and stay in West Hartford.

While the ordinance may not be perfect and may need to have some additional changes made in the future beyond a few amendments that were made Tuesday night, Cantor said she thinks it’s “an important first step in giving this a try.”

Previously the ordinance under which food trucks could operate was a “classic ice cream truck ordinance,” Corporation Counsel Pat Alair said. The trucks could only stay in once place for a maximum of 10 minutes.

That restriction remains, except under circumstances outlined in the new ordinance.

According to Deputy Corporation Counsel Kimberly Boneham, who at a public hearing prior to the vote presented the proposed ordinance that would not only allow food trucks in the town’s industrial zone but also allow for the establishment of a food truck park, there are three major provisions.

Under the terms of the ordinance, food trucks will be permitted to park in industrial zones – which encompass the New Park Avenue corridor and the South Road area – between the hours of 7 a.m. and 10 p.m. They must not be within 20 feet of an intersection, no more than two food trucks can be next to each other at any one time, and the next closest food truck must be at least 500 feet away.

The food trucks cannot park within 500 feet of a restaurant, defined as an establishment that serves hot meals. The trucks also cannot park on arterial roads such as New Park Avenue itself, but can park on local streets.

Another provision of the ordinance, Boneham said, allows food trucks to be an “accessory use” to an existing business in an industrial zone. In that instance the food truck cannot be present more than three days per week, and there cannot be more than two food trucks per property, and they must also not be within 500 feet of a restaurant.

An example she cited is that the accessory use provision will allow New Park Brewing, which just opened Saturday at 485 New Park Avenue, to apply for permission to have food trucks in its parking lot.

Food truck parks can operate between 10 a.m. and 11 p.m., with one hour before and after for set up and clean up. At least two permanent restroom facilities, which must be handicapped accessible, must be provided at a food truck park under the provisions of the ordinance, and there are other provisions regarding waste receptacles, shade, and more.

“Few places would work short of demolishing buildings,” Boneham said, but added that there is one area on the west side of New Park Avenue near the Elmwood CTfastrak station where a park could be located.

The impetus for the ordinance came from West Hartford resident Tate Norden, who with his cousin, chef Adam Belward, launched the Iron & Grain food truck concept in 2015. Norden has gained an enthusiastic following, but approached the town last summer about a food truck ordinance because of his limited ability to do business where he lives.

Norden spoke at the public hearing and said that permitting food trucks would support small business and benefit local chefs who are small entrepreneurs as well as the local food scene and artisans. Allowing food trucks will help West Hartford cement itself as a “true foodie destination not only in Connecticut but throughout New England,” making the town more attractive for young business professionals and other millennials.

Several other food truck owners attended the public hearing and also supported Norden’s claims, including Mike Damato, a West Hartford resident who said he owns and operates the Brasato food truck. He said he sees it as a way to get into the business and hopes to one day operate a restaurant.

Clover Marsh regularly parks her food truck, Quick Bites, near Bushnell Park in Hartford. She specializes in Jamaican food, and said it’s nice to have the variety of foods that mobile vendors can offer. She doesn’t think food trucks take away business from restaurants because people seek out what they want to eat and where they want to eat it. “If you want fried chicken you’re going to have fried chicken today,” she said, and if you want to sit down in a restaurant that’s what you’re going to do.

Of the seven who spoke at the public hearing, Chris Foley, manager of the Corner Pug which is located at 1046 New Britain Ave., was the only one who expressed a negative view of the food truck ordinance. He said allowing food trucks only in an industrial zone and not in all parts of town creates an “uneven playing field” for businesses like his.

According to Foley there are only six restaurants in the New Park area and allowing a food truck park “in the middle of our six restaurants, that’s a competitive challenge.”

When it came down to the vote, the response by the Town Council to the ordinance was overwhelmingly positive.

Council member Dallas Dodge said he was “excited to vote for this innovative ordinance and encourage entrepreneurship.”

Judy Casperson said the ordinance “adds to the new and different in West Hartford.”

Chris Williams cast the lone dissenting vote, and said he was impacted by Foley’s words and agreed that the ordinance would create stressors for the industrial zone that other parts of town would not be subject to, and at a time when commercial property owners are facing massive tax increases due to revaluation.

“I’m not saying food trucks aren’t going to be a great idea for West Hartford, but I just don’t think it’s the best idea now … I don’t like the disproportionate impact it would have on one of our areas,” Williams said.

Beth Kerrigan said that New England is frequently cold and rainy, and she doesn’t think a food truck park will take business away from the Corner Pug or other area restaurants. She said she favors being “progressive” and reducing the barrier to entry of staring a business through a food truck that may evolve into a restaurant.

Resident Dana Gordon, a zoning alternate substituting for Council member Ben Wenograd who was unable to attend the meeting, said that he thinks the ordinance will help “bring people to West Hartford and enhance the dining experience.”

Chris Barnes said that while he appreciated the comments by Foley, “I hope and expect that the food trucks are going to serve as an attraction and bring more people into that area.”

Minority Leader Denise Hall said she hopes that any kinks in the ordinance can be worked out and perhaps it can be expanded to other parts of town. She said she sees food trucks as an asset providing variety for workers who may not have time to sit down for a leisurely lunch.

Hall also said food trucks will “be another new and different thing to West Hartford that will add another atmosphere, vibe, and coolness – because we are becoming that foodie destination.”

“Over the years our town has progressed, maybe slowly,” said Deputy Mayor Leon Davidoff, from a community where outdoor dining was frowned upon to a foodie destination. The community is ethnically diverse, and food trucks will allow for a variety of cuisines to be provided more economically.

“What struck me tonight was Mr. Norden’s viewpoint,” Davidoff said – that of a small entrepreneur who was “searching for the American dream,” and that’s the spirit of the food truck industry.

“I think that’s what America is all about, a bunch of small businesses in our community who have decided to take a risk and put it all on the line,” said Davidoff.