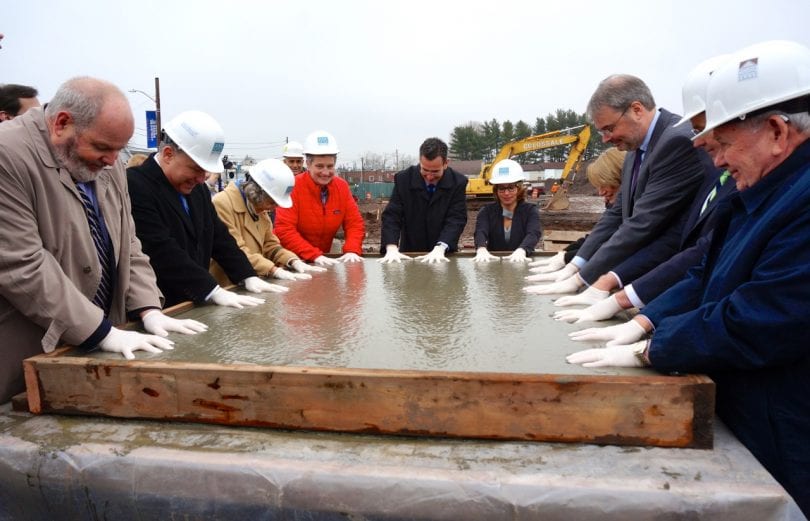 State and local officials gathered in West Hartford Tuesday for a ‘foundation setting’ ceremony for the 616 New Park development and also celebrated the two-year anniversary of CTfastrak.

At at a ceremony that was officially called a “foundation setting,” since groundbreaking took place during the winter, Howell thanked all those who had been involved in helping the West Hartford Housing Authority and its development arm Trout Brook Realty Advisors make the project a reality.

The foundation setting coincided with the two-year anniversary of CTfastrak, which has its Elmwood station located directly south of 616 New Park. The development is being touted as an example of how CTfastrak has served as a catalyst for desired transit-oriented development.

“Over the past two years, CTfastrak has exceeded all expectations – it is a transformative investment in our future,” Malloy said. “The data is showing that more and more people are continuing to take CTfastrak each day, and as ridership grows so does the development of new businesses, new jobs, and new opportunities along the region that it serves.”

Malloy there have been more than 5.5 million rides on CTfastrak since it launched in March 2015. “No one thought we would hit this so quickly,” he said.

“With Connecticut’s bold investment and commitment to the state-of-the-art busway rapid public transportation system and the leadership of the governor, CTfastrak, which started just two years ago, it was our hope and belief that it would serve as a catalyst for economic growth and new transit-oriented development along New Park corridor,” Cantor said. “This investment has provided a unique opportunity to transform this auto-centric corridor with suburban style land uses and a distinctive multi-modal transit-oriented development district.”

Cantor said 616 New Park is an “exciting pioneer development” of residential and mixed use, and is proof of CTfastrak’s encouragement of investment in the community. “This project will help us define the character of this evolving vibrant area and serve as a model example for other mixed use projects.”

The evolution will continued to be fostered through complete streets initiatives, and creative uses effected through zoning ordinance changes, Cantor said. There is plenty of investment interest in the corridor, she said.

Later that day the path was paved for one of those creative uses. On Tuesday evening, the Town Council approved a zoning ordinance change that will allow food trucks and food truck parks in the New Park Avenue corridor.

Everyone is invited back for the 616 New Park ribbon cutting, when it will be “sunny and warm, and not raining,” Howell said, getting a laugh from all who were huddled under a tent on the construction site on the rainy and cold March afternoon. The ribbon cutting and grand opening is scheduled for June 2018, he said.

Following the formal celebration, 10 of the dignitaries present, including Malloy and Cantor, were given the opportunity to put their handprints in a fresh slab of concrete. “We will be preserving our legacies collectively … setting the foundation for 616 New Park and setting the direction and next steps for CTfastrak,” Howell said. The slab will be prominently displayed on the building grounds.

The $20 million 616 New Park project, one of the cornerstones of the New Park Avenue corridor’s transit-oriented development strategy, was the recipient of federal tax credits as well as funding from the Connecticut Department of Housing.

Before it could be considered, the West Hartford Town Council had to approve a zoning change to allow for residential development in industrial zones. That change was approved in 2015, and the 616 New Park project was officially announced in June 2015.

The 616 New Park development, which is geared toward young working professionals in their 20s and 30s, will include a total of 54 units. The units will be a mix of market-rate and workforce housing, and 11 of the units will be set aside as supportive housing for veterans. Commercial use will be permitted on the first floor of the multi-use building.

The project is owned by Trout Brook Realty Advisors and will be managed by the West Hartford Housing Authority.

For specific statistics about CTfastrak ridership, visit www.ct.gov/dot/ctfastrak. Route timetables are available at www.cttransit.com under the “Routes/CTfastrak” tab. The latest information on the more than 60 businesses participating in the CTfastrak Rewards program is available at www.ctfastrak.com/rewards. 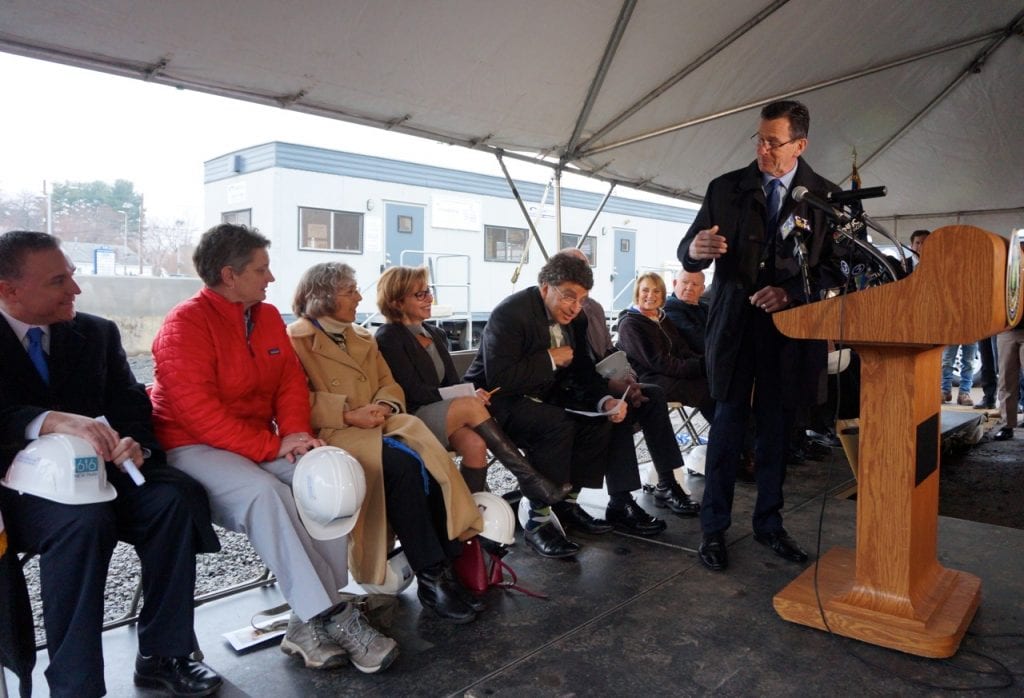 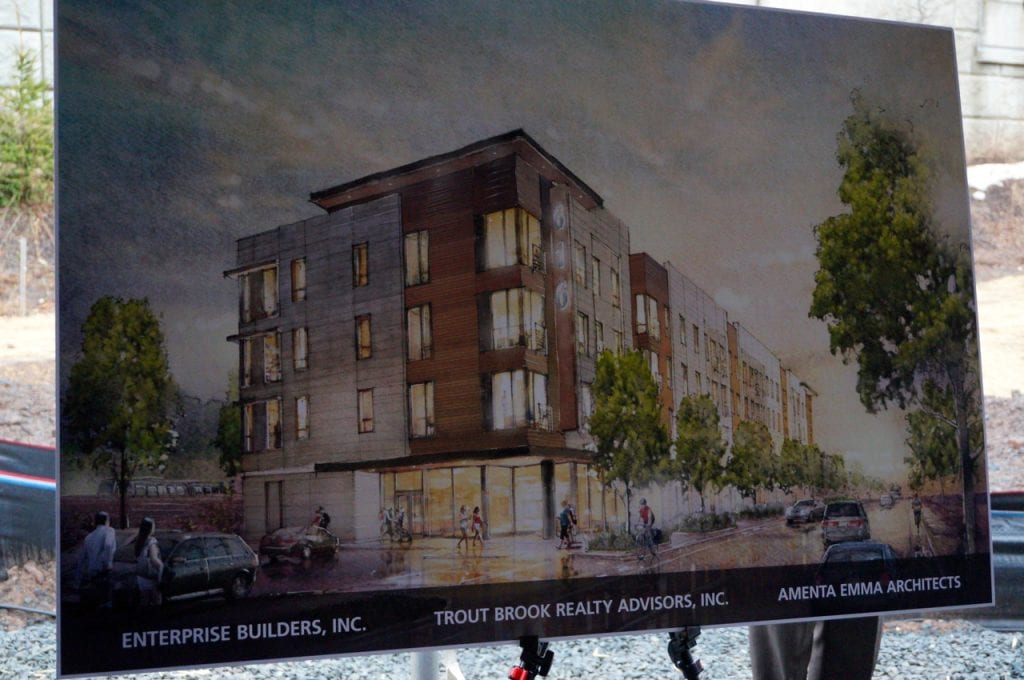 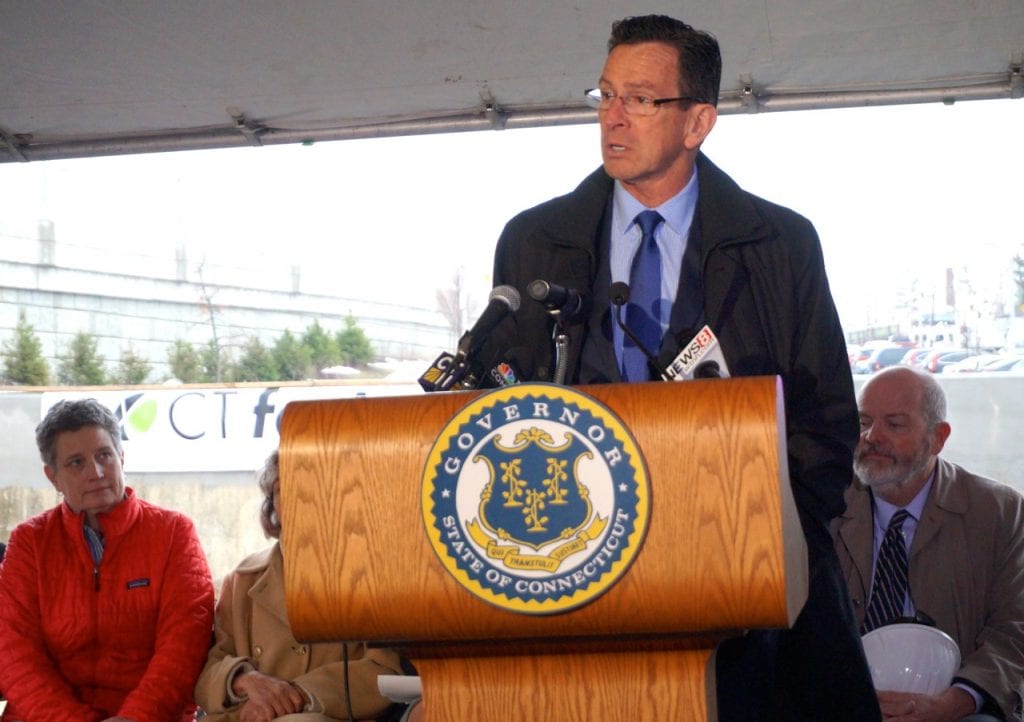 Gov. Dannel P. Malloy speaks about the success of CTfastrak ridership, and how it is serving as a catalyst for transit-oriented development like 616 New Park. March 28, 2017. Photo credit: Ronni Newton 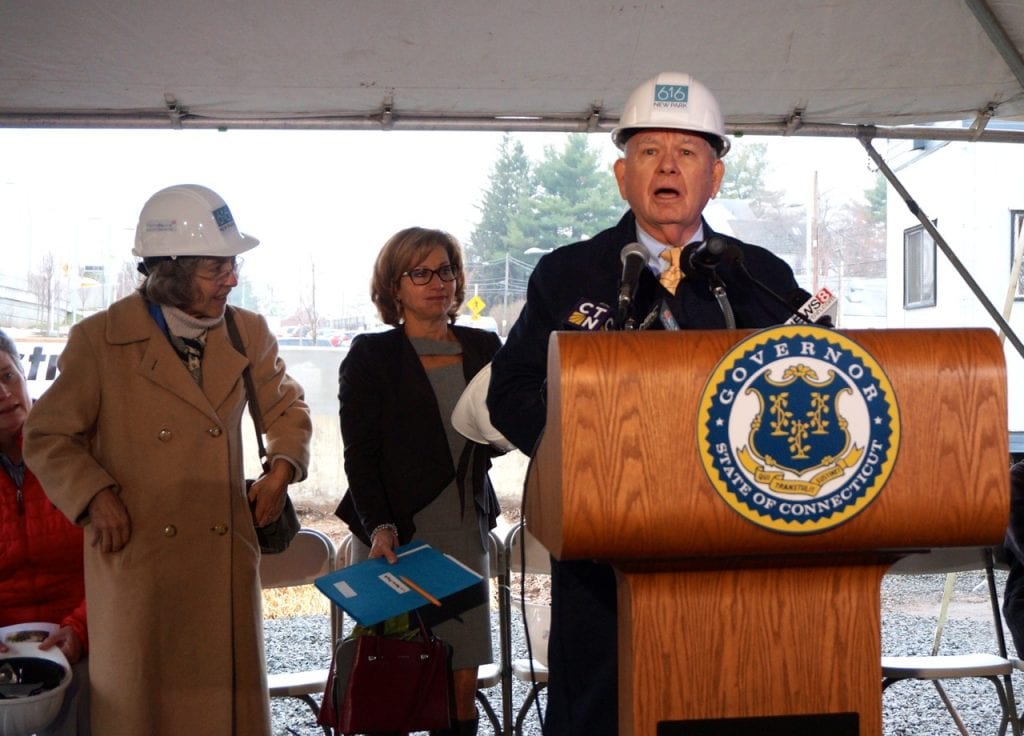 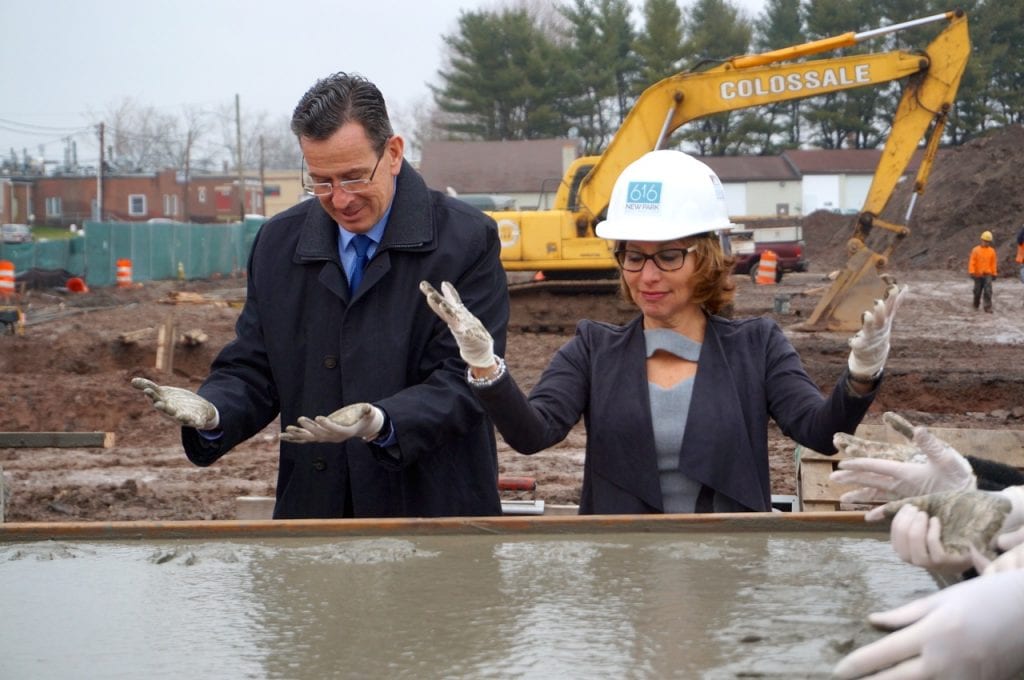 The handprints of Gov. Dannel P. Malloy and West Hartford Mayor Shari Cantor are among those that will be a permanent part of a concrete slab. CTfastrak two-year anniversary. March 28, 2017. Photo credit: Ronni Newton 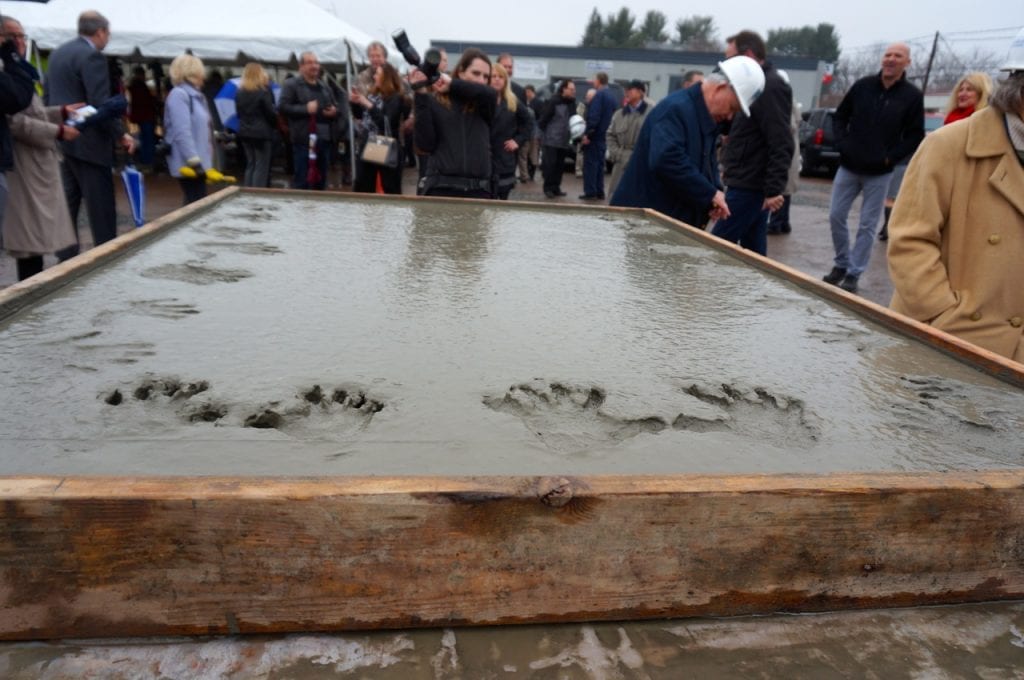 The concrete slab with handprints of the dignitaries will be incorporated as a permanent part of 616 New Park. Photo credit: Ronni Newton