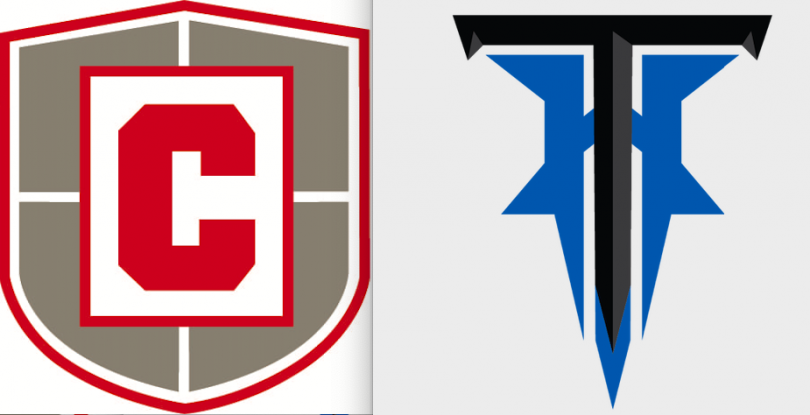 Superior Court Judge James Sicilian released a decision Monday, dismissing a lawsuit filed against the West Hartford Board of Education, et al, regarding the discontinuation of the Conard Chieftain and Hall Warrior nicknames.

Judge James Sicilian released a ruling late Monday, granting the defendants’ motion to dismiss a case challenging the West Hartford Board of Education’s vote to discontinue the use of the Chieftain and Warrior nicknames at Conard and Hall high schools respectively.

At the conclusion of a nine-page memorandum dated Sept. 30, 2022 but released on Oct. 3, Sicilian stated: “The plaintiffs do not have standing, and therefore, the court lacks subject matter jurisdiction over this case. The defendants’ motion to dismiss is granted.”

Attorney and West Hartford resident Scott Zweig, along with resident Mary McGowan filed the lawsuit the day before the Board of Education’s voted on June 7 to change Hall’s nickname from Warriors to Titans and Conard’s nickname from Chieftains to Red Wolves.

Final arguments were heard on Aug. 29 and parties were awaiting the decision that was announced Monday.

The plaintiffs had also requested unspecified costs be awarded in connection with the lawsuit.

The defendants had argued in their motion to dismiss that “the plaintiffs allege only ‘a generalized grievance held by a segment of the community – and not a direct injury to a specific personal and legal interest’ and therefore lack both classical aggrievement and taxpayer standing.” The plaintiffs are not distinguishable from “the community at large,” the judge stated, and “have neither alleged nor shown that the Board’s challenged action will result in an increase in their taxes.”

A complete copy of the judge’s memorandum can be found as a PDF below.

“I can certainly respect differences of opinion on education policy, but litigation is not the answer to what is fundamentally a political disagreement,” West Hartford Corporation Counsel Dallas Dodge said in a statement issued Tuesday morning. “The decision of the Superior Court confirms that Attorney Zweig failed to establish even the most basic elements of standing, and we are hopeful that he will finally abandon his baseless legal claims as well as his ridiculous demand that the town pay for the costs of his own lawsuit.”

Dodge told We-Ha.com that while in Connecticut there is the ability to appeal as of right within 20 days, at the trial court level the case has been dismissed.

“This was straightforward and matter of fact, and reaffirms what we have said all along, that litigation is not the proper remedy  for what is fundamentally a policy dispute,” Dodge said. He said Zweig certainly may express his opinion to the Board of Education – and has spoken at multiple meetings – but a lawsuit is not the appropriate remedy.

Dodge noted that while Zweig was seeking taxpayer standing on the grounds that the name change was going to cost the taxpayers money, he nevertheless compelled the town to spend money as well as resources responding to the lawsuit. While Zweig had been seeking reimbursement of his legal fees, the town does not plan to bill him for its costs, Dodge said.

“We are disappointed with the Court’s decision and are currently evaluating our options,” Zweig told We-Ha.com in an email Tuesday morning.

“But it is important to make something clear. The Court’s decision does not address the merits of our claims. The Court’s conclusion that we lack standing to sue does not mean that the Board of Education acted lawfully during their rushed, predetermined campaign to erase the Warrior and Chieftain names from our schools,” Zweig said, using bold type in his email for the words “not.”

“Unfortunately, the residents of West Hartford will not see the Board’s misconduct reviewed by the Court. Instead, the decision may embolden the Board to continue ignoring their own written policies and the interests of their constituents,” Zweig said.

Lorna Thomas-Farquharson, chair of the West Hartford Board of Education, issued the following statement Tuesday morning regarding the judge’s action: “The Board’s decision to discontinue Native American team names is consistent with our goal of creating an equitable and inclusive learning environment for all students. This issue has been the subject of exhaustive and oftentimes divisive debate. We look forward to moving on in serving the youth and families in our community.”

Thomas-Farquharson told We-Ha.com Tuesday that the Board is doing its job. “That’s what we are charged to do. Our primary role is to establish policy, and that filters into the classroom,” she said.

In deciding to change the names, the Board is abiding by its Policy 1800, Educational Equity, which was adopted in June 2021, and will continue to do so, Thomas-Farquharson said.

“The purpose of this lawsuit was to hold the Board accountable for their actions,” Zweig also said in his statement. “While they may have escaped judicial oversight this time, we made it known that the people of West Hartford have a voice that will not be ignored. It remains our position that the Board acted improperly throughout the process and that their decision on this issue is invalid and not representative of the views of the community.

“The Board’s decision was never about education (see King Phillip Middle School, named after a Native American tribal chief). The Board simply used this as an opportunity to force their personal agendas on West Hartford residents without due process,” Zweig said.

The Hall Titans and Conard Red Wolves nicknames were adopted by the Board of Education on June 7, and were chosen in a process that involved significant student input. The adoption followed a timeline that was established after the Board voted on Feb. 1 – amid charged and emotional testimony from multiple residents in the community – to retire the previous nicknames that many still considered associated with Native Americans.

Zweig has been pursuing a challenge to the changing of the nicknames on another front, and has been collecting signatures on a petition to force a vote of town electors on the change. On Friday, Sept. 9, he dropped off a total of 92 pages of petition documents at Town Hall with signatures of those who support a move to require a vote before allowing change to the team names for West Hartford’s Hall and Conard high Schools from Warrior and Chieftain respectively, but a few days later Town Clerk Essie Labrot denied the petition as insufficient.

The town also utilized the service of James Healy, a partner with the law firm Cowdery & Murphy, in its defense of the lawsuit. “I want to thank Attorney Healy for his thoughtful legal counsel and his excellent representation of the town defendants,” Dodge added in a statement.

Editor’s Note: This story has been updated.