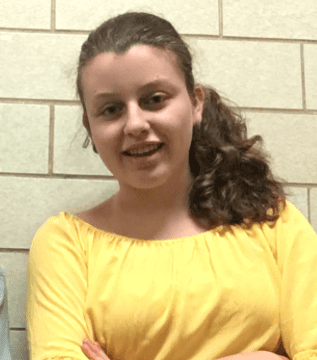 It seems like only yesterday that the Ukraine crisis truly hit the United States media. With millions of Americans being descendants of those from another country, it was quite evident that the thought of your home country in peril made others quite uneasy. 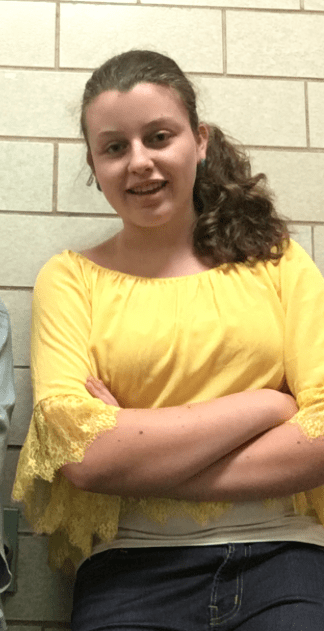 Unfortunately, due to other pressing issues among our world, the Ukraine crisis has been pushed to the side by many, but not by Nina Faynshtayn, 14, at the time an eighth-grader at King Philip Middle School in West Hartford, CT. Nina brought the topic back up again, addressing it on a whole new level.

Coming from a family who originated from Odessa, Ukraine, Nina desired one thing – connecting with her roots and finding out where she truly came from. “I wanted to embrace my international identity.” Nina said.

Every year at King Philip Middle School, students in QuEST (West Hartford’s program for “gifted and talented students”) are asked to conduct a capstone-like project. The projects this year, according to QuEST teacher Laura Swenson, were to be centered around the theme of “personal and historical legacy.” While others had difficulty choosing their topics, Swenson recalls Nina’s determination to trace back to her family roots.

As part of her project, Nina made a documentary focusing on her research over the course of the year, as well as various interviews from individuals from Ukraine or professional opinions on the Ukraine crisis. She said that one of the individuals she enjoyed speaking with the most was Tatiana Lutsuk, a woman who came to the United States with her late husband due to his illness. Nina tracked her opinion on the Ukraine crisis throughout her stay at Yale Hospital, even after Lutsuk’s husband passed away.

Besides the documentary, Nina has managed to fundraise as well as create a website to showcase her efforts. She hosted “Blue and Yellow Day” at King Philip Middle School, a day where students were asked to wear blue or yellow to pay respect to Ukraine’s national colors. During this week, she reported to have raised more than $200 in donations.

Due to this project, Nina has been commended by various organizations, such as the Ukrainian American Operation Humanity in New Jersey, and Bridge to Ukraine Organization in Seattle, Washington. Swenson said that the majority of responses from each organization came within around three days of the project going public. Both organizations have requested for Nina to join the organization in some form, whether that is to write blog posts for their national website, become a student ambassador, or become part of their fundraising committee.

Nina attributed some of her inspiration for the project to her recent trip to Russia in 2015, as well as to her father, who was originally from Ukraine. She also remarked that not many people understand the true Ukraine crisis, and that people should be more educated with its history.

“A lot of people don’t understand that it’s [Ukraine crisis] still going on,” Nina stated. “There are people who still need help.”

Nina will be starting her freshman year at Hall High School this fall. She hopes to create a club at the school that focuses on the awareness of the Ukraine crisis, as well as to advocate and fundraise for the cause. Down the road, Nina hopes to go into either a medical or engineering field, with a minor in either Russian or Soviet Studies.

“This project is exemplar for future years.” Swenson said.

Cassidy Kotyla is a college senior studying journalism, communication and film studies at the University of Massachusetts Amherst. As a West Hartford native of nearly 20 years, she enjoys learning about the happenings and new businesses emerging in the area. She has been a film and food critic for The Massachusetts Daily Collegian in the past. To contact her, please e-mail [email protected]