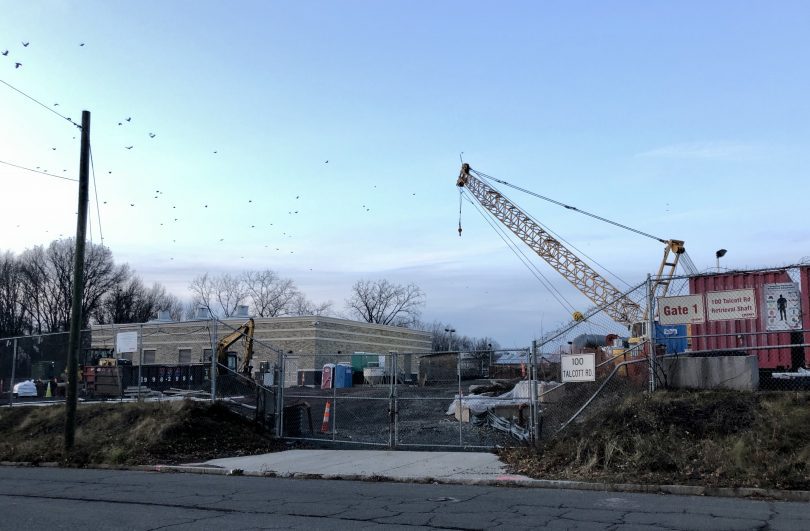 The MDC site at 100 Talcott Road where IRIS, the boring machine, has emerged after a multi-year tunneling journey. Photo credit: Ronni Newton

Construction on the South Hartford Conveyance and Tunnel project began in 2018, and the boring machine has now reached West Hartford. 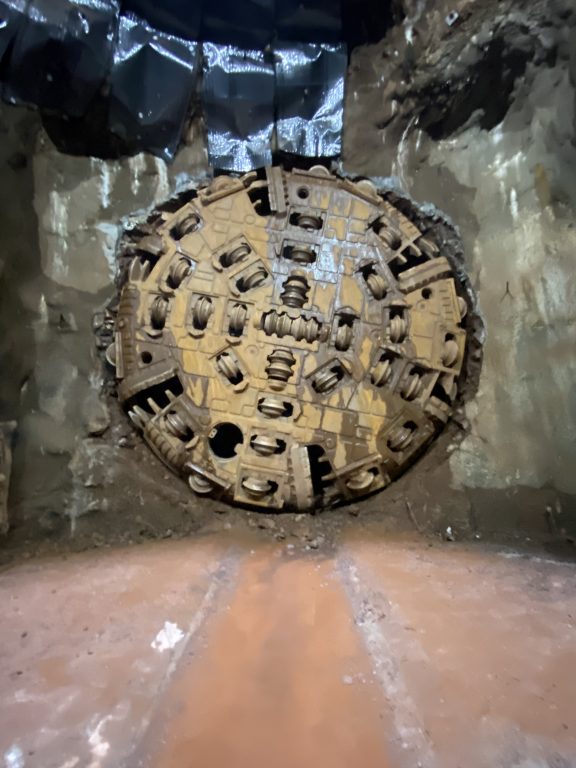 Iris emerging from the conveyance tunnel at 100 Talcott Road in West Hartford. Courtesy of MDC

While it’s far from the time of year for flowers by that name to be blooming, “Iris,” the tunnel boring machine (TBM) that has been on the move as part of the Metropolitan District Commission (MDC) Clean Water Project, has reached a major milestone, completing a journey that has been underway for several years.

Iris reached its destination on Jan. 4, 2022, emerging at the MDC’s retrieval facility, roughly 200 feet below an air treatment building that is located at 100 Talcott Road in West Hartford.

Components for Iris, a custom-built TBM, were lowered into the shaft on the Hartford side of the tunnel back in August 2018 as can be seen in the video below. Iris began tunneling in the spring of 2019, traveling the four miles from Brainard Road in Hartford to Talcott Road in West Hartford, creating an 18-foot wide diameter tunnel through bedrock, roughly 200 feet below ground, as it moved.

The resulting South Hartford Conveyance and Storage Tunnel (SHCST) is designed to store about 41.5 million gallons of excess combined wastewater and storm water during rain events which will prevent MDC’s Hartford Water Pollution Control Facility from being overwhelmed.

Air vents have been created along the tunnel’s route, to release odors, and about 600,000 tons of material were removed along the way.

The $279 million tunnel construction project is due to be completed in its entirety in 2023, and is the largest contract ever awarded by the MDC.

“The SHCST is a key element of the Clean Water Project with the goal of limiting combined sewer overflows to a one-year storm level, eliminating overflows to the Wethersfield Cove, which will continue to improve local water quality for our towns and ultimately benefitting the entire region including the Connecticut River and Long Island Sound,” Scott Jellison, CEO of the MDC, said in a statement. “We are thrilled to have reached this milestone and are grateful to our Board of Commissioners as well as the federal, state and municipal officials from the MDC’s towns for their part in securing critical grant and loan funding to minimize the cost of the project and impact on ratepayers. We are also thankful to our partners at DEEP for their help executing this project and making funding available.” 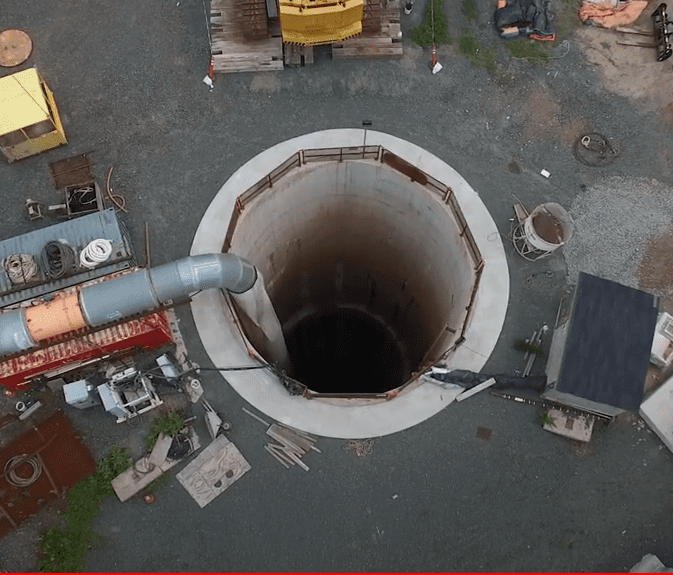 Aerial view of the MDC tunnel shaft. Courtesy of MDC

More information about the project can be found on the PDF below.