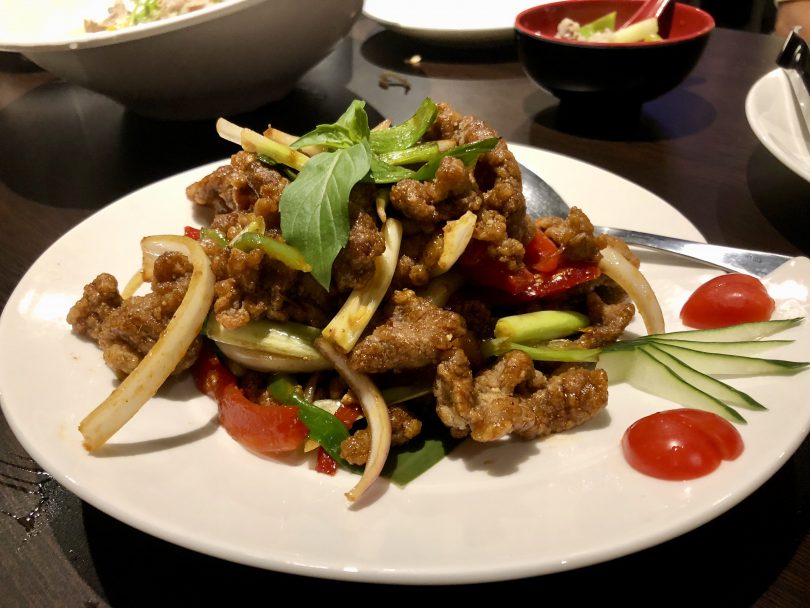 Mr. Chow Asian Fusion, which opened in late August on Park Road in West Hartford, offers cuisines from a variety of Asian cultures and authentic dishes from throughout China. 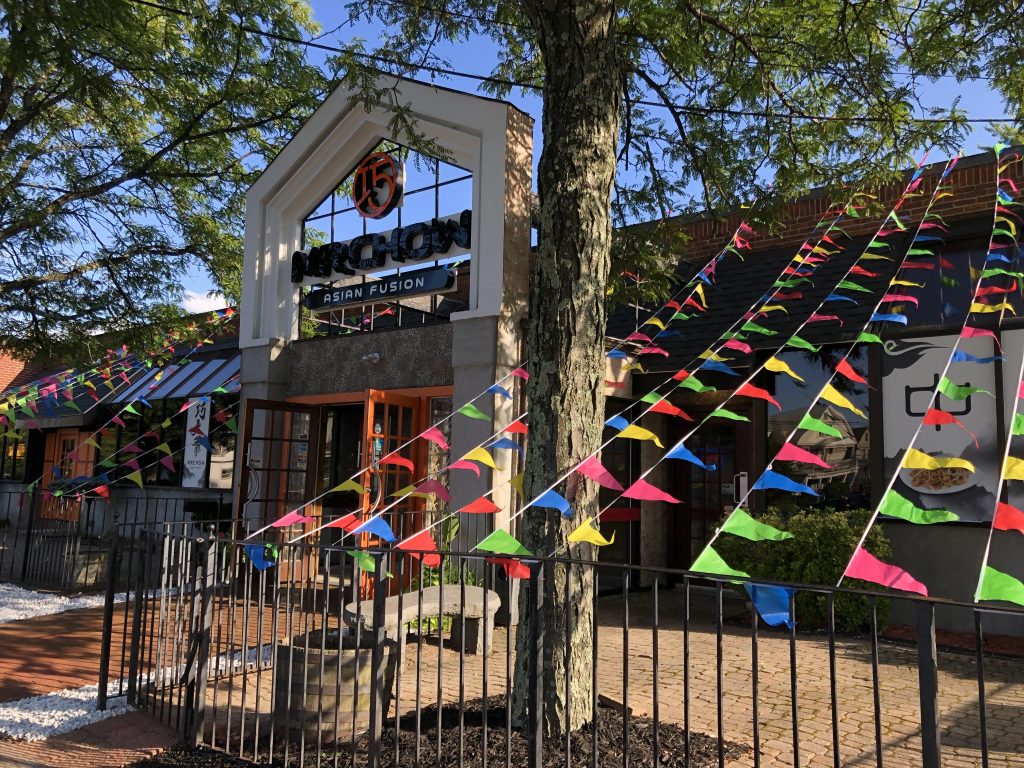 Diners can visit Mr. Chow Asian Fusion and enjoy Chinese dishes like Wonton Soup, Lo Mein, Sesame Chicken or Beef, or General Tso’s Chicken – and they can also order popular dishes from other Asian cultures like Pad Thai, Korean Kimchi Bouillabaisse or wings, or some Hong Kong specialties – and find them all fresh and delicious, well-seasoned and flavorful.

What really differentiates Mr. Chow Asian Fusion, however, is found on the back side of the menu, where dishes are also identified by their Chinese characters and where diners can be a bit more adventurous in selecting authentic offerings from all eight styles of Chinese cuisine.

“We have traditional Asian fusion without the sushi,” owner Hecheng Chen said of the menu at Mr. Chow Asian Fusion, which is now in its soft-opening phase at 179 Park Rd., the former site of Chengdu. “Plus, authentic Chinese. We have a chef whose talents we don’t want to waste. It’s not traditional ‘Americanized’ Chinese,” Chen said. 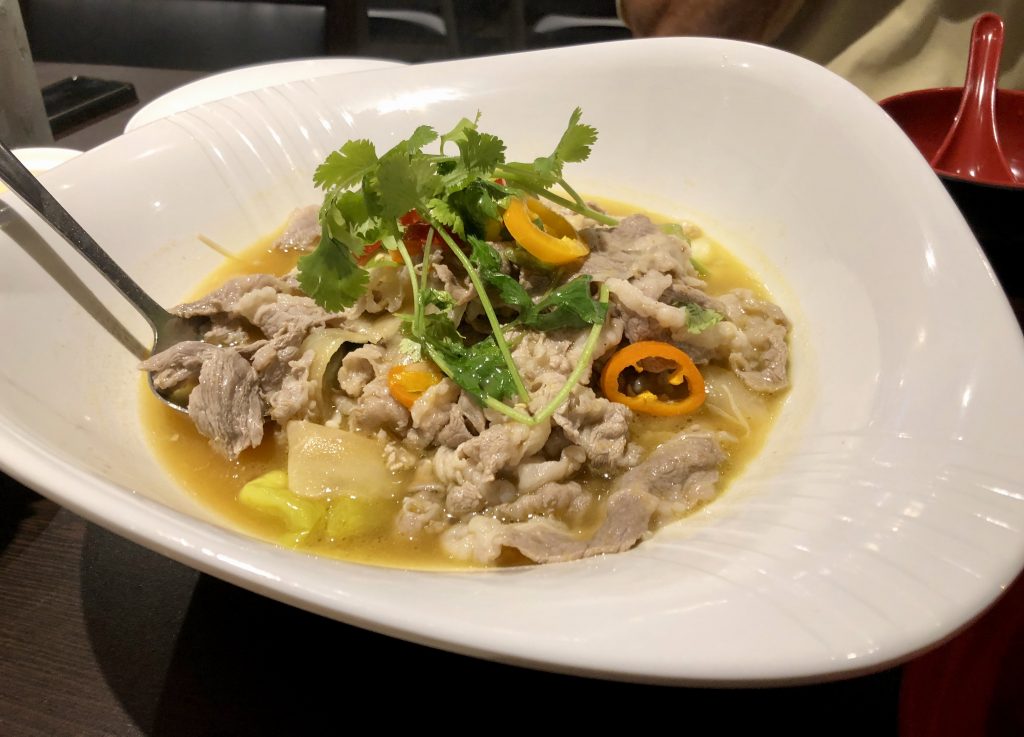 That chef, Joe Lin, explained how he made the “Sliced Beef in Homemade Sour Broth,” a Sichuan dish to which he gives his own special touch. To offset the sour (pickle juice) in the broth, he uses pumpkin meat. Not just any pumpkin meat, but “nan gua” pumpkins procured from upstate New York where they are grown from seeds imported from China. Sliced beef, peppers, enoki mushrooms, and other ingredients are added to the spicy soup, which is topped with a garnish of cilantro.

“It’s a stronger taste than the American pumpkin, and the meat is softer,” Lin said of one of the broth’s key ingredient.

The menu includes salads ($5-$15), including a tangy and fresh seaweed salad, and a crunchy and spicy crab salad that includes lumps of fresh crab meat.

The Fuchow Mei Fun ($12), ordered off the front of the menu with a mixture of chicken and beef, is prepared with delicately-thin angel hair rice noodles, egg, vegetables, and a flavorful sauce.

The Sautéed Lamb with Cumin ($18) is crispy on the outside and tender on the inside, served with onions and peppers and garnished with basil.

Mr. Chow Asian Fusion also serves a dish called “Mr. and Mrs. Smith,” ($11) a Sichuan specialty which (according to an article that cites Wikipedia) defined as “(Chinese: 夫妻肺片; pinyin: fūqī fèipiàn; literally: ‘husband and wife lung pieces’) …  served cold or at room temperature, which is made of thinly sliced beef and beef offal. Common ingredients in the modern version include beef heart, tongue and tripe, and a generous amount of various spices, including Sichuan pepper. True to its Sichuan roots, the desired taste should be both spicy and mouth-numbing. Despite its name, actual lung is rarely used.” 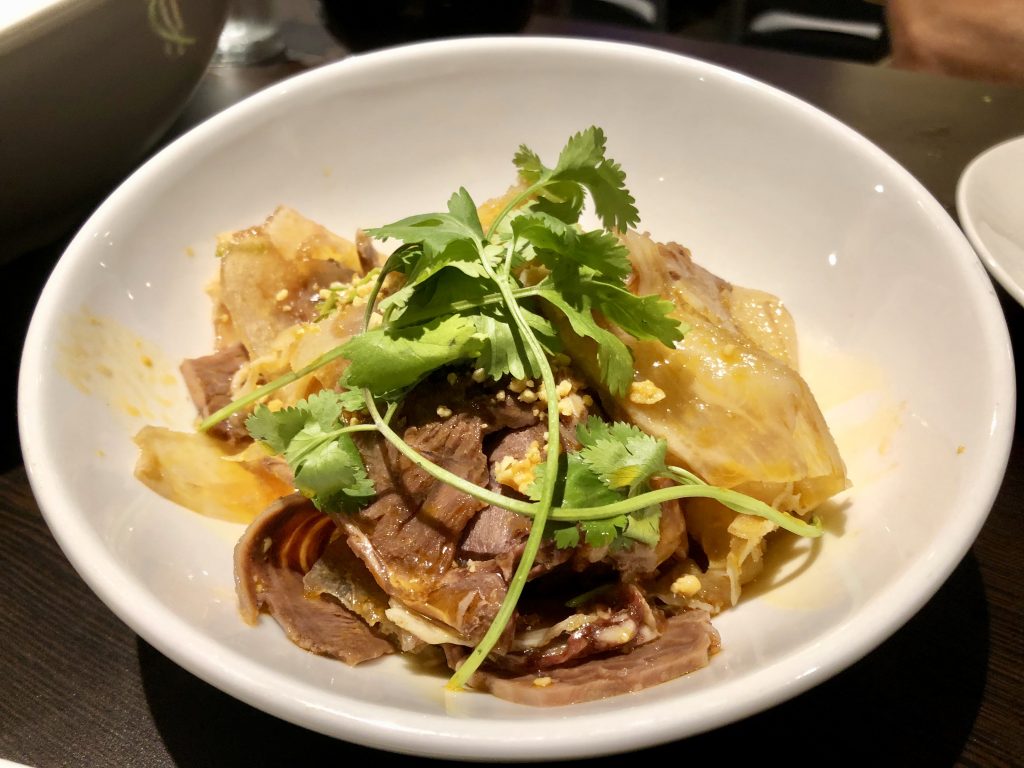 Lin said that many Chinese restaurants that serve the dish, which has become a trendy appetizer, use less expensive pork tongue. “What makes us different is we use all beef, mixed beef,” he said, including beef tendon.

Other dishes that have quickly become popular since Mr. Chow had its soft opening in late August include Spicy Boiling Fish ($25) and Short Ribs with Black Pepper Sauce ($20).

All dishes are great for sharing.

“We make the best food for our customers,” Lin said.

“Sour, to spicy, to sweet, it’s all included in the cuisine,” Chen said. “Nowadays people really want to enjoy the authentic food.”

Before ordering, all guests are treated to a bowl of peanuts steamed in saltwater, flavored with star anise, and marinated/pickled cabbage.

At the end of the meal, all guests receive a complimentary “sweet soup” intended to reduce any “heat” remaining in one’s mouth from the spices. The soup includes lychee, pineapple, grass jelly, loganberry, and herbal cherries.

Chen, 33, is a West Hartford resident and owner of several other Connecticut restaurants, including Ichiro Hibachi and Sushi on Farmington Avenue in West Hartford Center, Chosen 1 (Cajun boiled seafood) which recently opened at 2074 Park St. in Hartford just over the town line. He also owns a few franchise food businesses such as Wayback Burgers in Granby, Bonchon Korean Fried Chicken on the UConn campus in Storrs, and Icy Rolls in Granby. He recently made the decision to close the Icy Rolls location on LaSalle Road in West Hartford Center.

Chen said he plans to stay in the area, and future expansion includes opening a second Chosen 1 in Bloomfield. 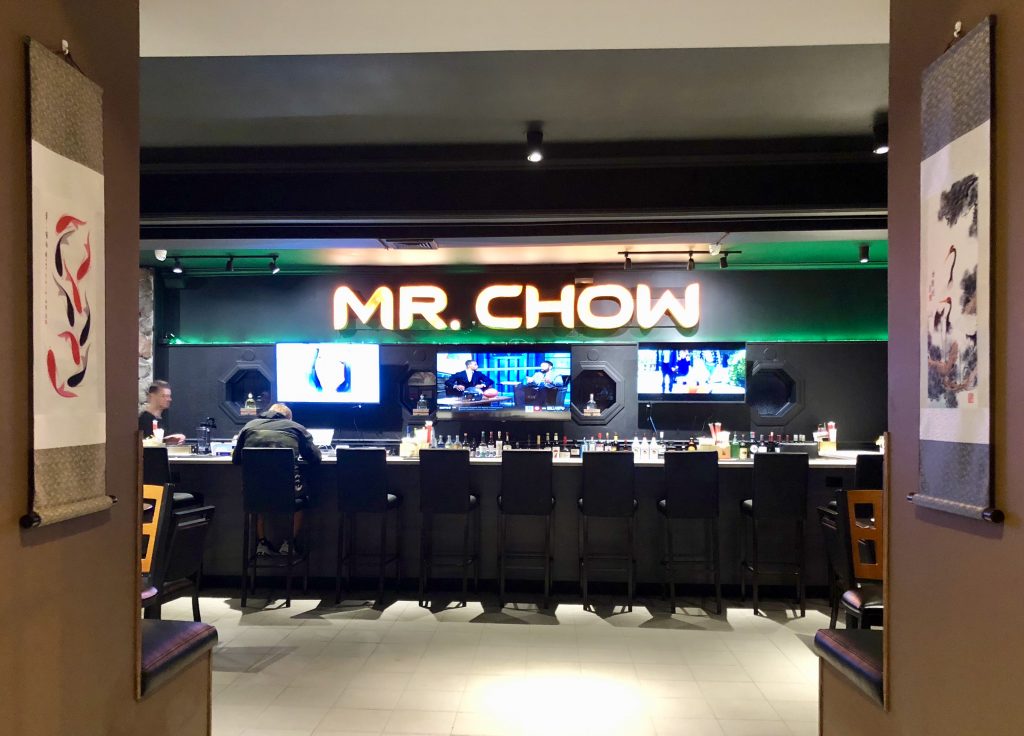 “If you’re looking for authentic Chinese food [in this area], we’re the one,” Chen said of Mr. Chow.

As for the interior of the Mr. Chow Asian Fusion, it has undergone a massive transformation from the days of Chengdu, and appears open and airy, with clean lines, exposed brick and gray-toned wood and tile.

The expansive bar includes a full selection of beer, wine, and cocktails, and is topped by several TVs. 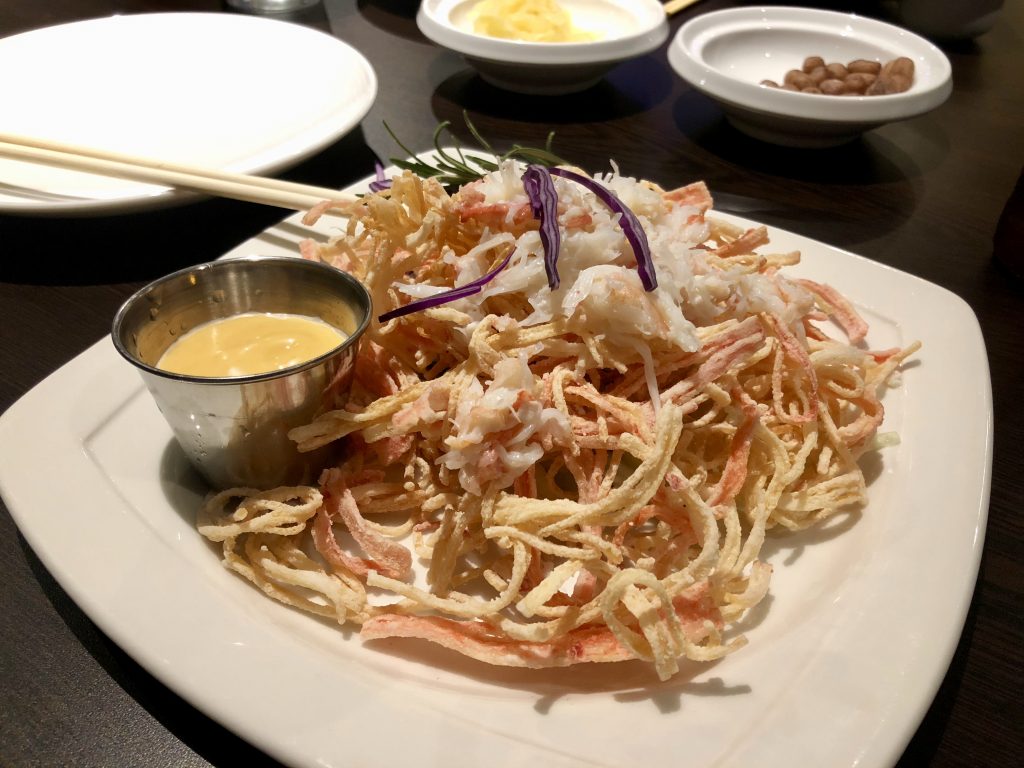 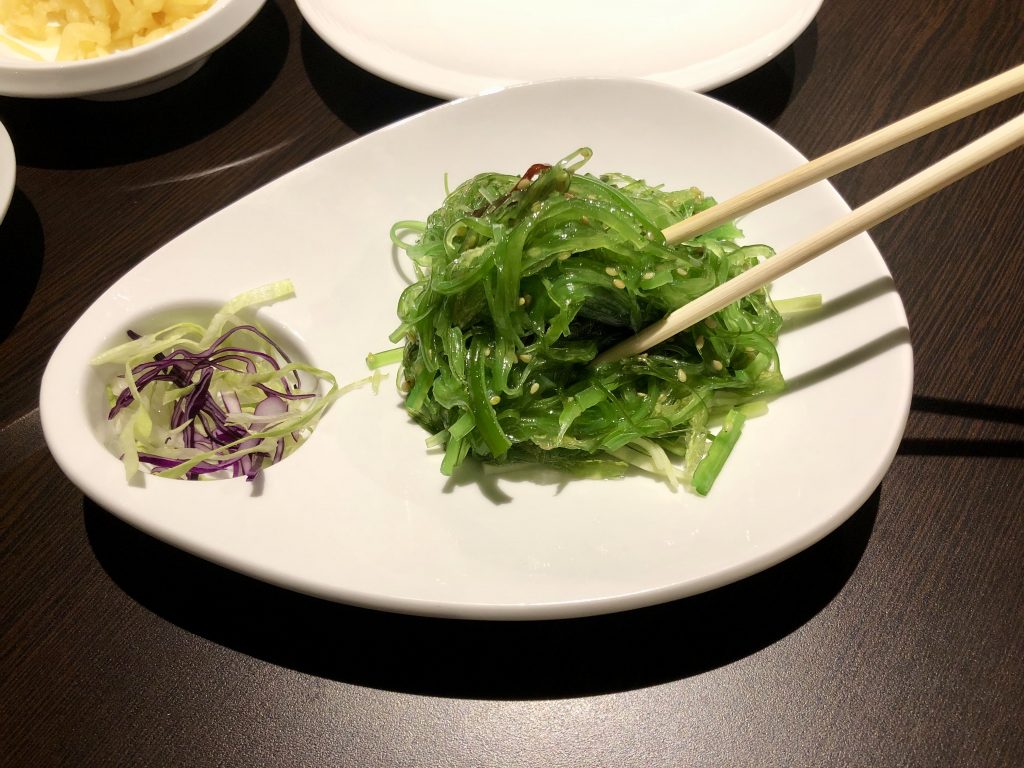 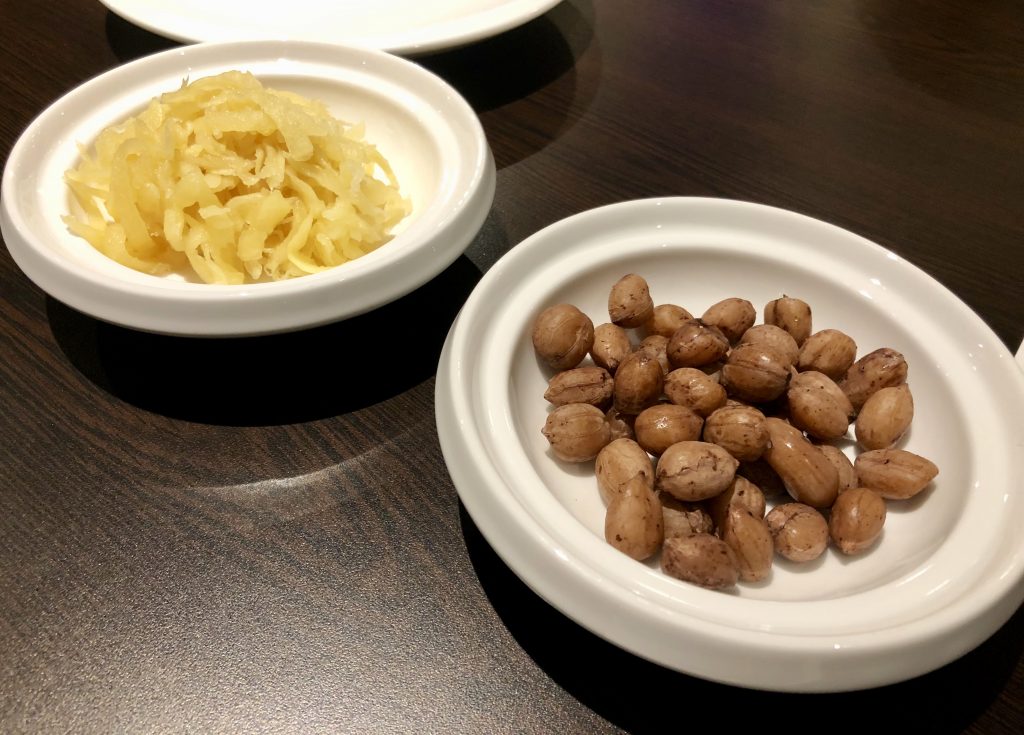 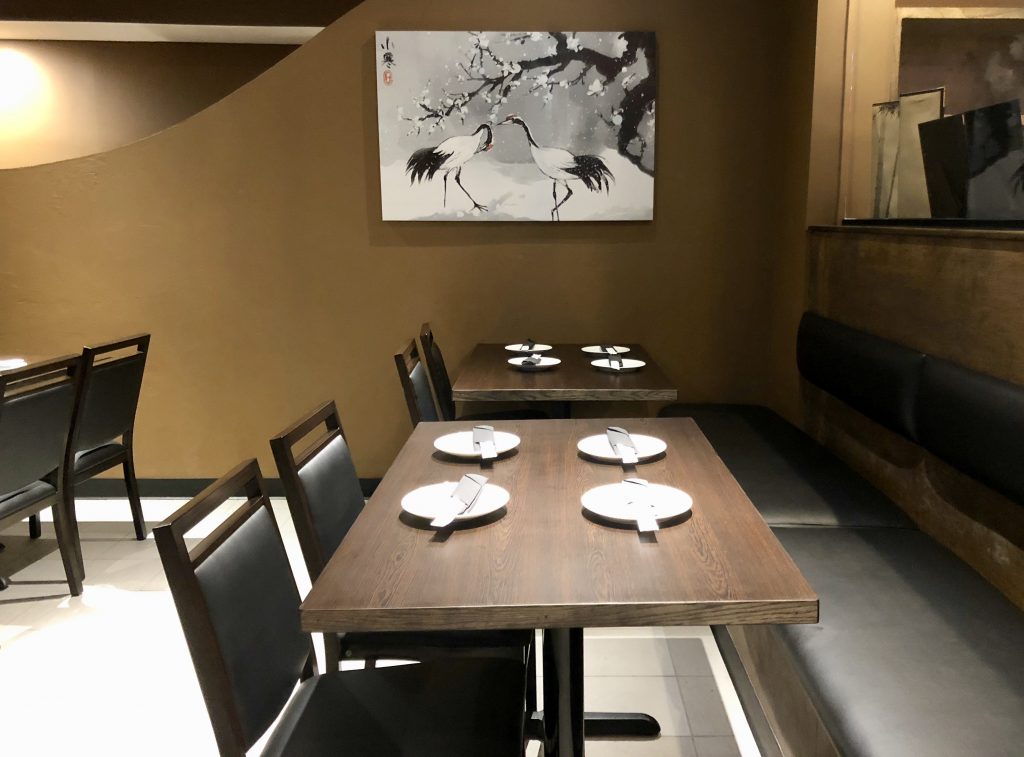 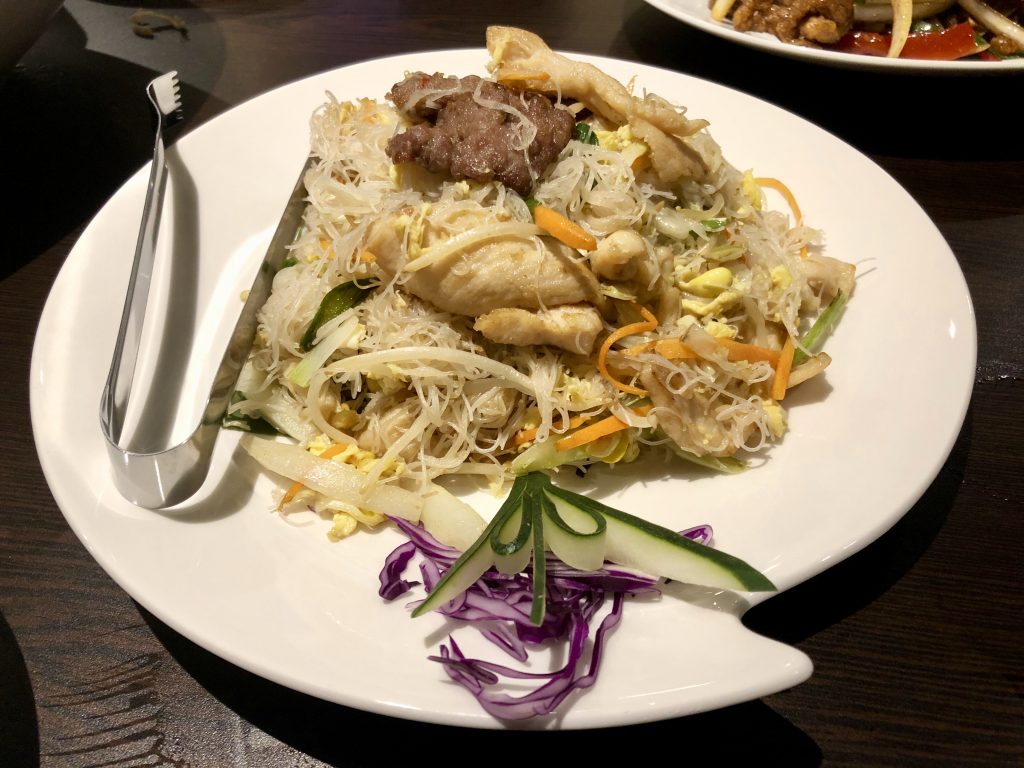 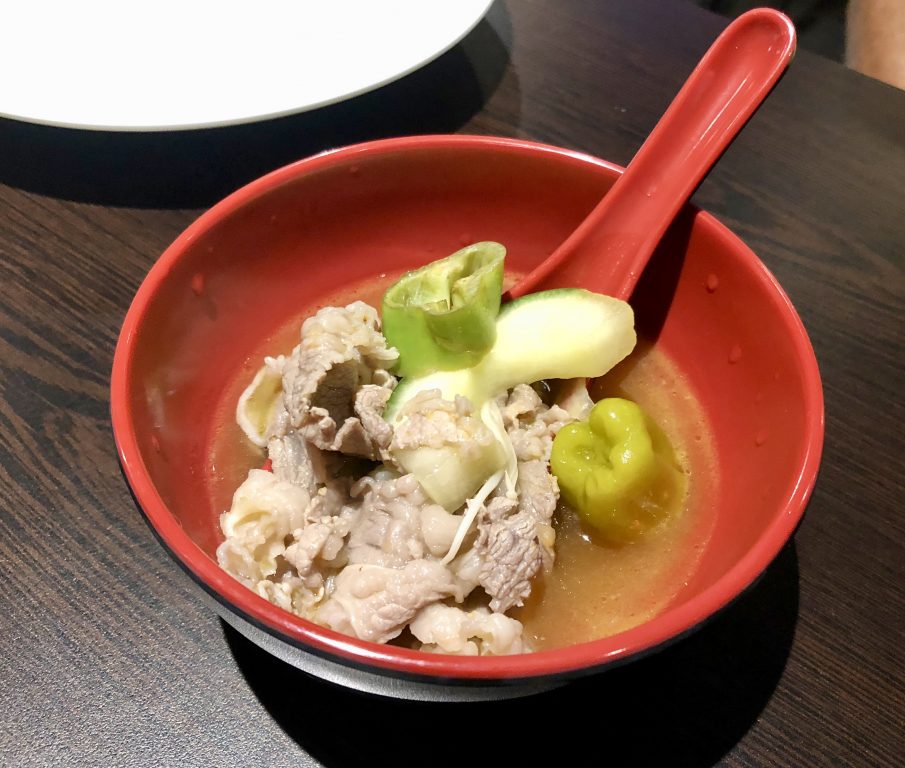 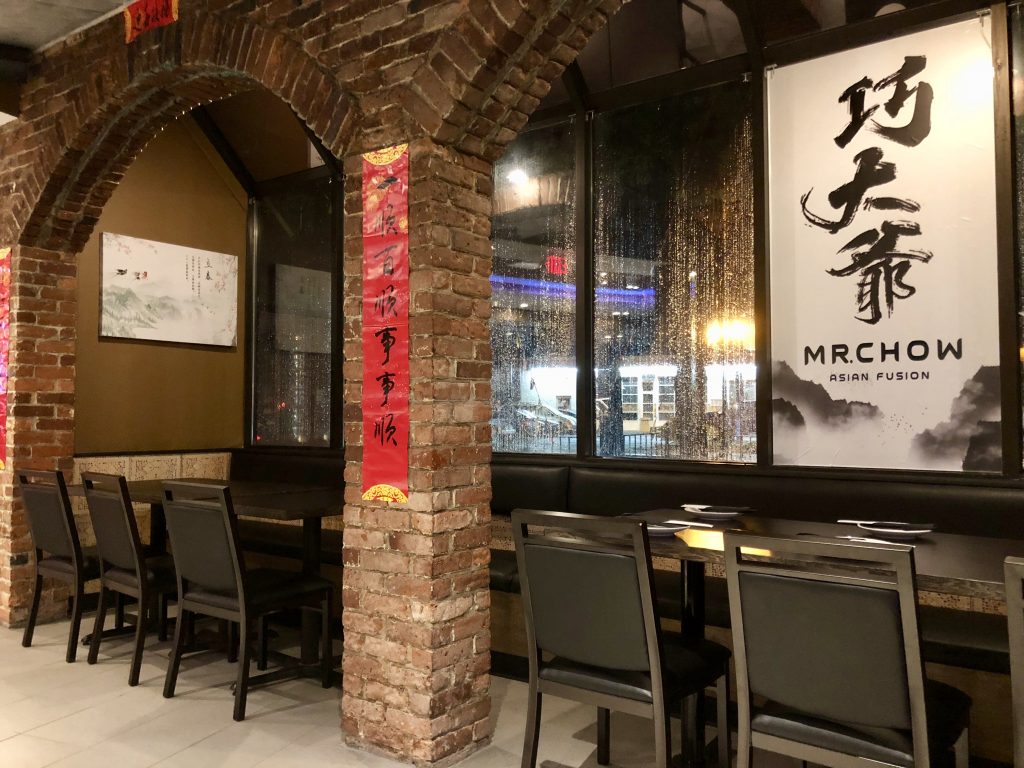 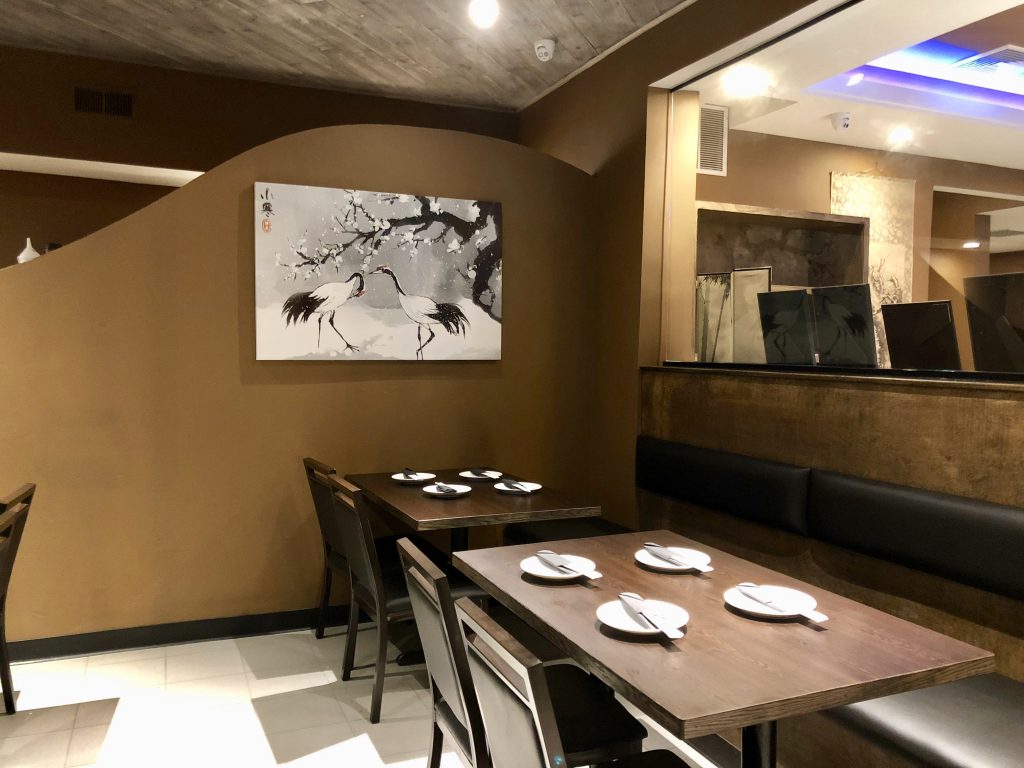 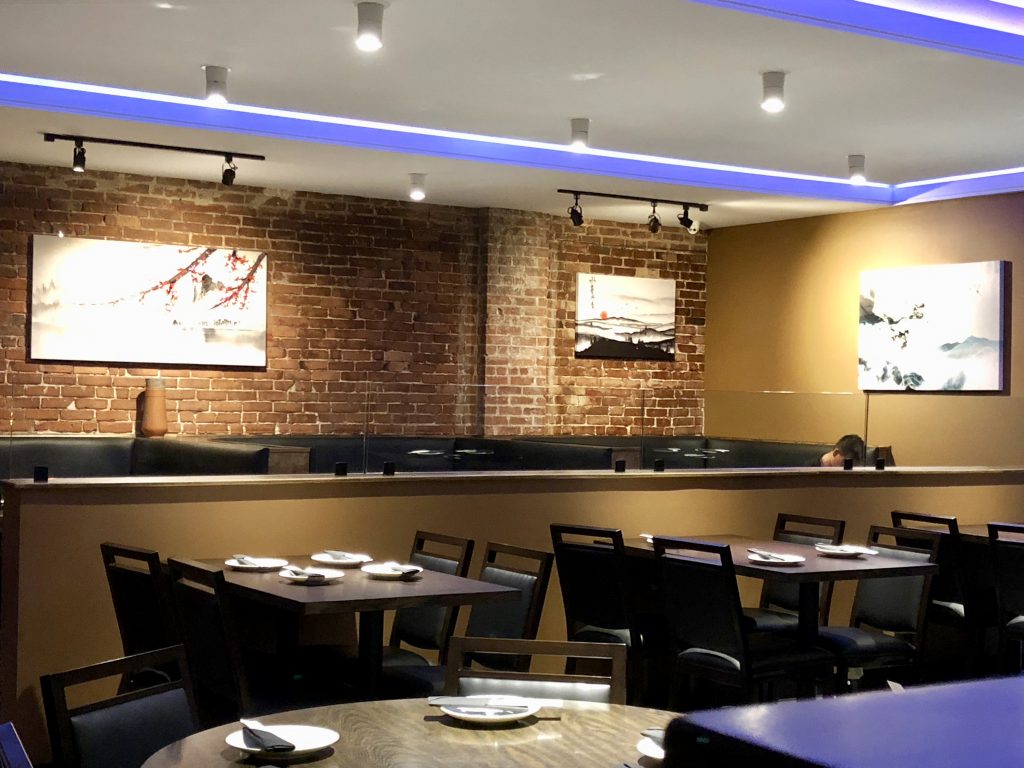 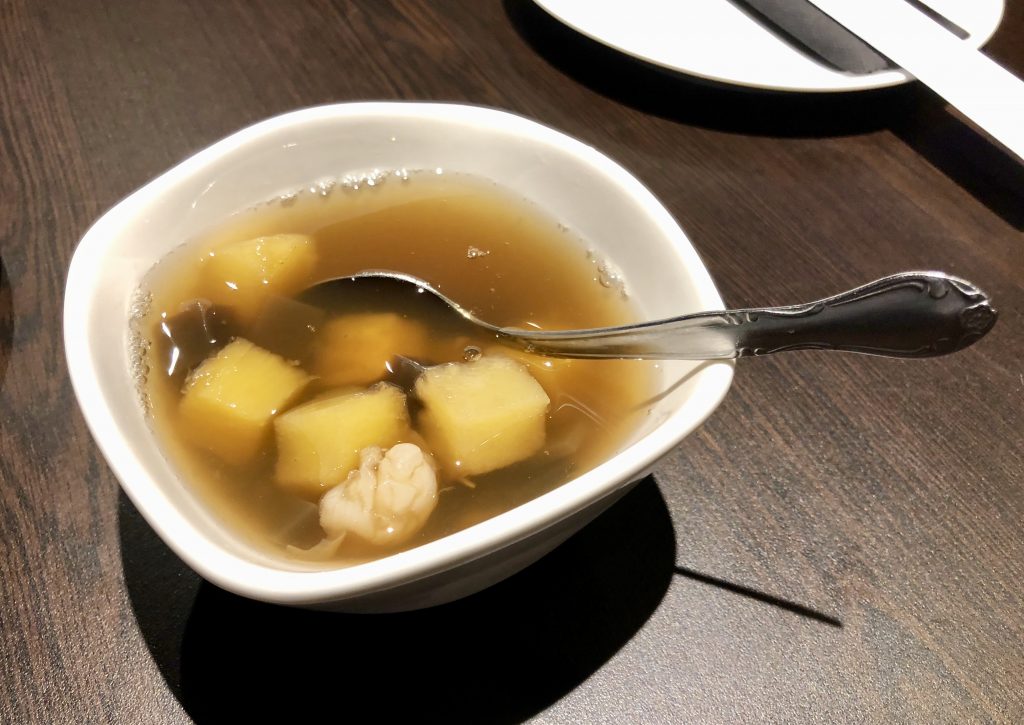