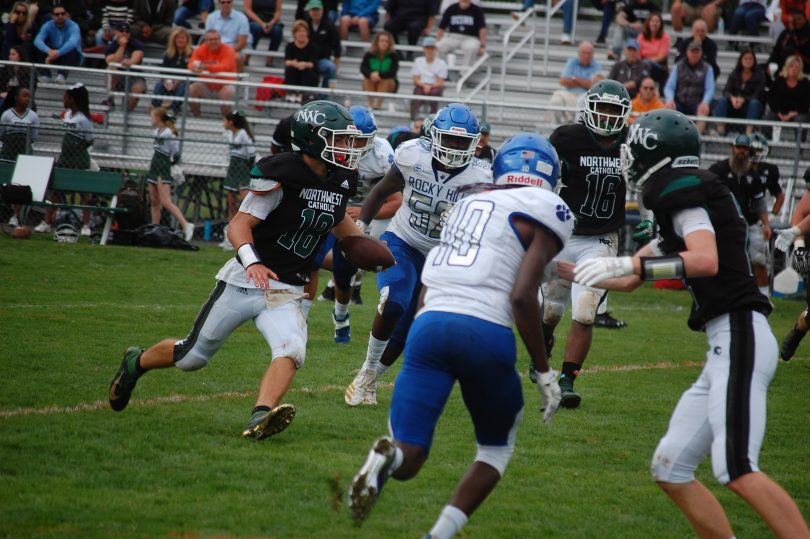 Northwest Catholic started the 2019 season off strong with a decisive win over Rocky Hill at home in West Hartford. 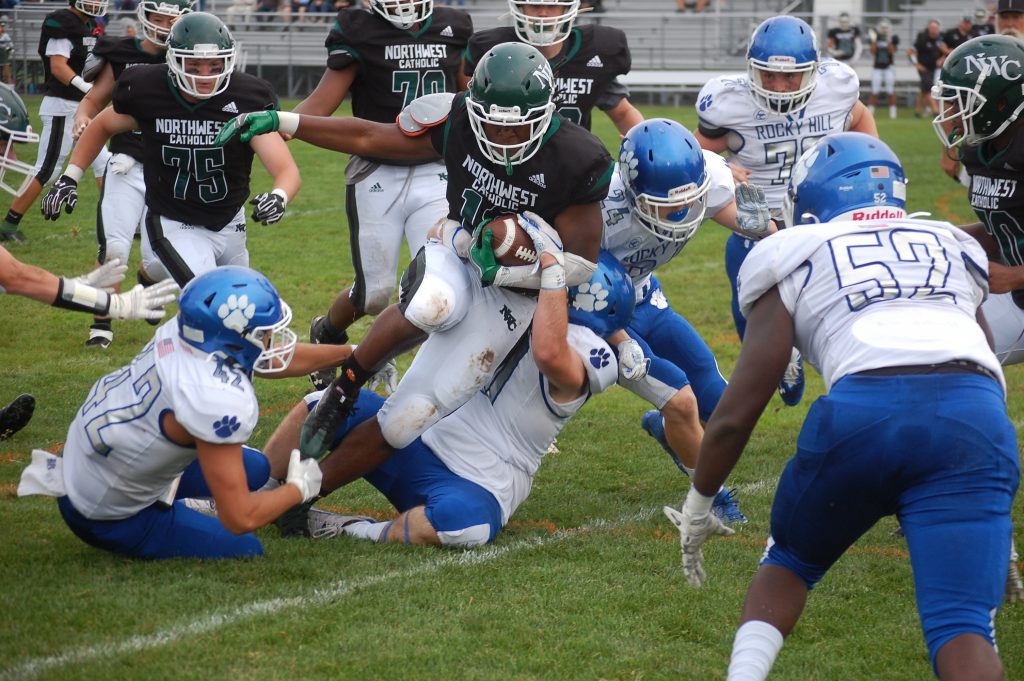 But the performance by Northwest’s defense was just as much a factor in a 25-2 win over Rocky Hill on Sept. 14 on Neil J. Brewer Field in West Hartford.

Northwest scored all its points in the first half – four touchdowns on five possessions – and amassed 263 yards at the break while holding Rocky Hill to 30.

Northwest Catholic’s defense did not allow Rocky Hill to cross midfield until the opening minute of the fourth quarter.

Rocky Hill punted on all five of its possession in the first half. The Terriers went 3-and-out on their first four possessions picked up their only first down of the half with less than 2 minute remaining.

“We knew we had to be stout up front,” Northwest head coach Michael Lenz said, mindful of Rocky Hill’s run-heavy offense. “I thought our front three guys – Sam Styles, Caiden Stewart and Collin Stran – did a good job making piles and our linebackers Skye Dolce, Connor Rich, those guys were doing a good job of cleaning everything up. Our D-ends, Isaac Riley and Evan Thompson, those guys were really squeezing stuff and making a lot of plays.”

Dolce led the defense with nine tackles, Thompson had eight, and Dominick Meaha and Shawn MacNamara each had six. Dolce, Riley, Thompson, and fellow senior Nick Macari were all credited with a sack.

It was Northwest’s first win over the Terriers since 2014, when Lenz was an assistant coach on Mike Tyler’s staff. Rocky Hill has won seven of the last 10 meetings between the teams dating back to 2010.

“The game plan was to go out and attack,”Rich said. “They play a press man [coverage] and they like to bring their linebackers in on blitzes. So pick your mismatches on passes and obviously with my ability to run, it’s another plus.”

Rich’s longest completion was a deep throw down the right side hauled in by Dolce, covering 46 yards. Two plays later, Rich scrambled for a 7-yard touchdown to make it 18-0 with 1:46 left until halftime.

Northwest force another punt by Rocky Hill. Getting the ball back on the Rocky Hill 40-yard line with 43 seconds left, the Lions scored their fourth TD when Rich ran it in from 13 yards with 5 seconds left.

“He’s a dual threat kid, so he can tuck it in and run,” Lenz said. “Our line was doing a good job picking up their blitzes. Once he breaks the pocket, there’s nobody there. Connor did a nice job scrambling. He made a couple nice throws.”

Dolce had three receptions for 85 yards, including a 25-yard touchdown that capped a 13-play drive in the second quarter. Josh Sedoti also caught three passes (31 yards).

“We were just clicking on offense,”Rich said. “It comes back to what we did last year [in a 21-14 loss] against this team. We let the game slip away from us. So we said we’re going to come out firing just like last year.” 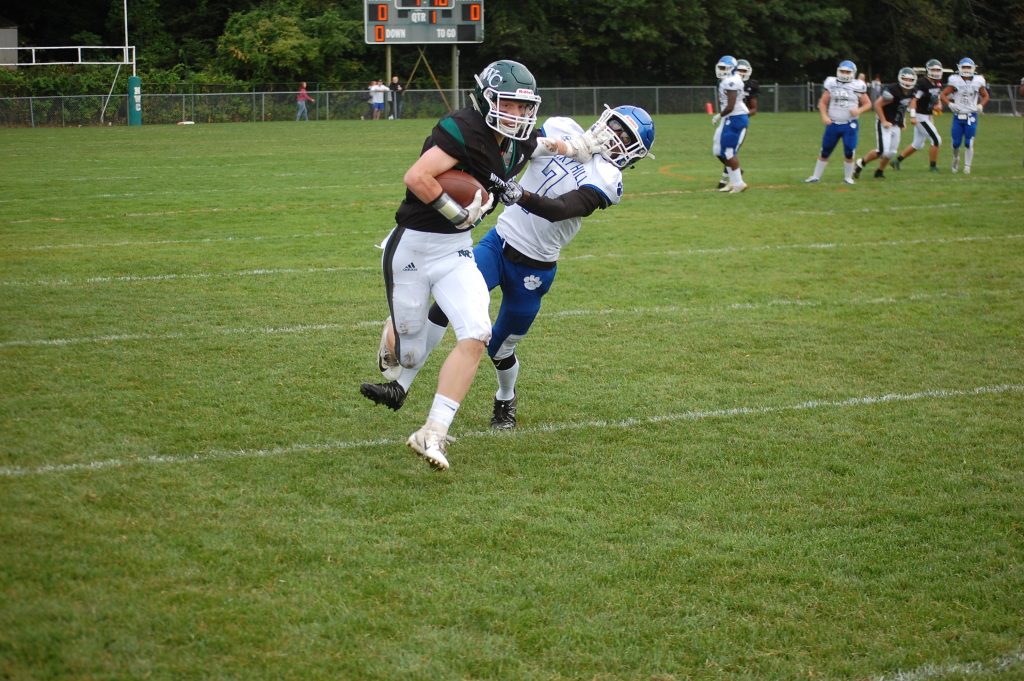