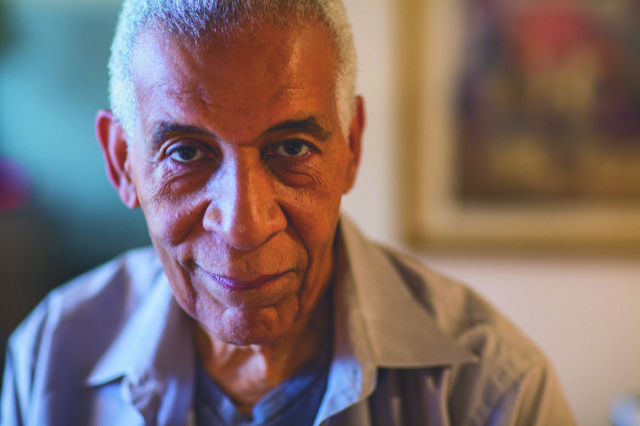 Normal Malone, whose story has been shared nationally, will be the featured performer at the West Hartford Symphony Orchestra’s Autumn Classical Concert Oct. 27.

The one-handed pianist Norman Malone, who astounded audiences when he performed with the West Hartford Symphony three years ago, will make a triumphant return to the Roberts Theater for the Symphony’s Autumn Classical Concert at 3 p.m., Sunday, Oct. 27.

Malone, 82, whose uplifting story has been told on the CBS Evening News (see video clip below) and by several national newspapers, will perform “Diversions,” Benjamin Britten’s piano concerto for the left hand.

In 1948, Malone was a 10-year-old boy in Chicago who dreamed of being a concert pianist. He’d been taking piano lessons since the age of 5 at Holy Angels Catholic Church and practiced every day on a used upright piano in his parents’ apartment.

But his musical dreams were shattered on May 25, 1948, when he and his brothers suffered an unimaginably horrible assault by their mentally-deranged father.

Not long after leaving the hospital, he resumed his piano lessons, playing and mastering compositions specifically written for the left-hand only. After graduating from DePaul University’s School of Music, he taught choral music in Chicago public schools for 30 years, retiring in 2001.

Three years ago, in 2016, he played with an orchestra for the first time ever when he performed Maurice Ravel’s “Piano Concerto for the Left Hand” with the West Hartford Symphony Orchestra.

The Oct. 27 concert, the first of the Symphony’s 18th season, will also feature three pieces, specifically chosen to complement and balance the Britten composition Malone will be performing: Ludwig van Beethoven’s overture to his opera “Fidelio,” Georges Bizet’s “L’Arlesienne Suite No. 2,” and Jean Sibelius’ “Finlandia.”

“The Britten piece is a series of 11 variations, with brief pauses between movements,” said West Hartford Symphony Orchestra Director Richard Chiarappa, “while Beethoven’s overture to ‘Fidelio’ and Sibelius’ “Finlandia” are single-movement pieces, self-contained from beginning to end. Bizet’s ‘L’Arlesienne’ has four separate movements and is the closest in structure to the Britten.”

Chiarappa said he first learned of Malone’s poignant story three years ago when he read a profile of him by Chicago Tribune music critic Howard Reich. “I was moved to contact Norman because of our similar childhood backgrounds in playing piano, realizing how lucky I was to be able to continue studying and practicing, while his hopes had been cut short,” Chiarappa said.

When Chiarappa telephoned Malone to invite him to play with the symphony, he discovered that, by amazing coincidence, Malone’s son, daughter-in-law and granddaughters lived in West Hartford. The stars had lined up, and Malone agreed to perform.

“When he was with us in 2016,” Chiarappa said, “the orchestra fell in love with this gentle man right away. They realized that playing with an orchestra was new to him, that we were the first one to do so, and that he had never even rehearsed with an orchestra before. That motivated them to do all they could to help him and support him musically.”

Malone’s 2016 performance with the Symphony was received so warmly that Chiarappa decided to invite him to return this year. This year’s concert will be filmed by the Chicago documentary company Kartemquin Films, which has been working on a film about Malone that’s set to premiere in Chicago this spring. Kartemquin, which has won six Emmys, three Peabody Awards and four Academy Award nominations, hopes that the film about Malone will be screened at the Sundance Film Festival this winter.

Also in the audience on Oct. 27 will be Howard Reich, the journalist who first brought Malone’s story to national attention.

The Autumn Classical Concert will be held in the Roberts Theater on the campus of Kingswood Oxford School at 170 Kingswood Road in West Hartford. Tickets for the concert, priced at $15 for seniors and students and $20 for general admission, may be purchased on the Symphony’s website, WHSO.org, or by calling 860-521-4362. 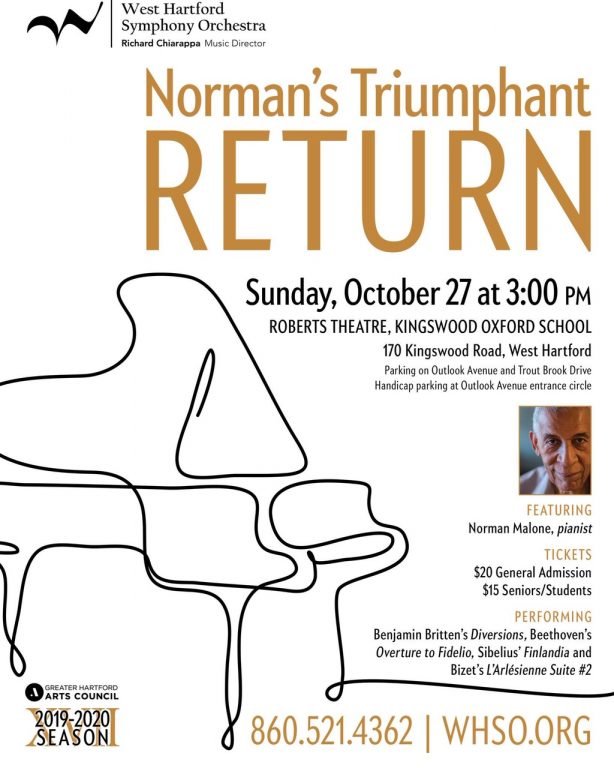