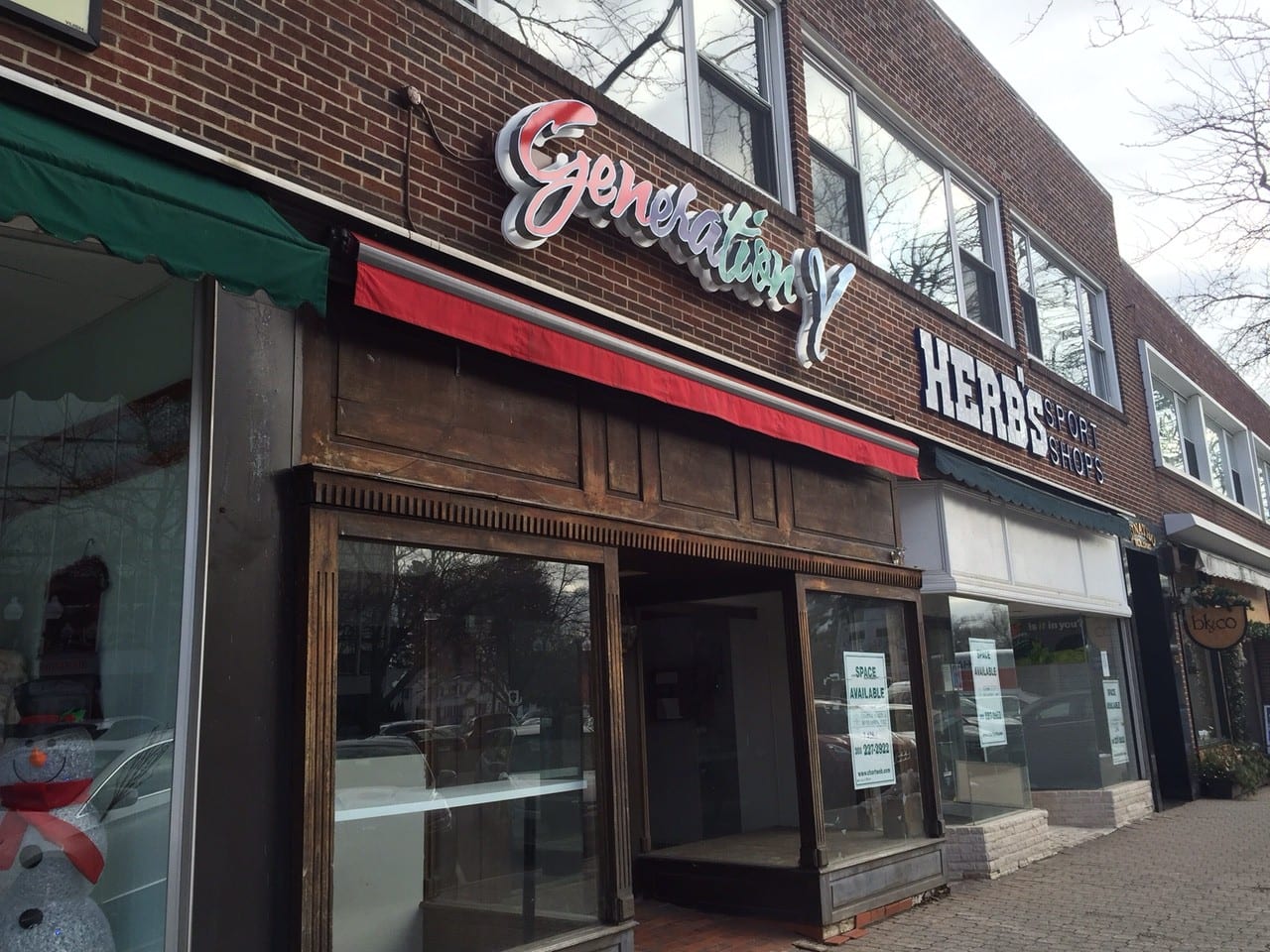 Filling some of the prime vacant spaces like these spots on LaSalle Road will be a priority of LaSalle Road Partners. Photo credit: Ronni Newton 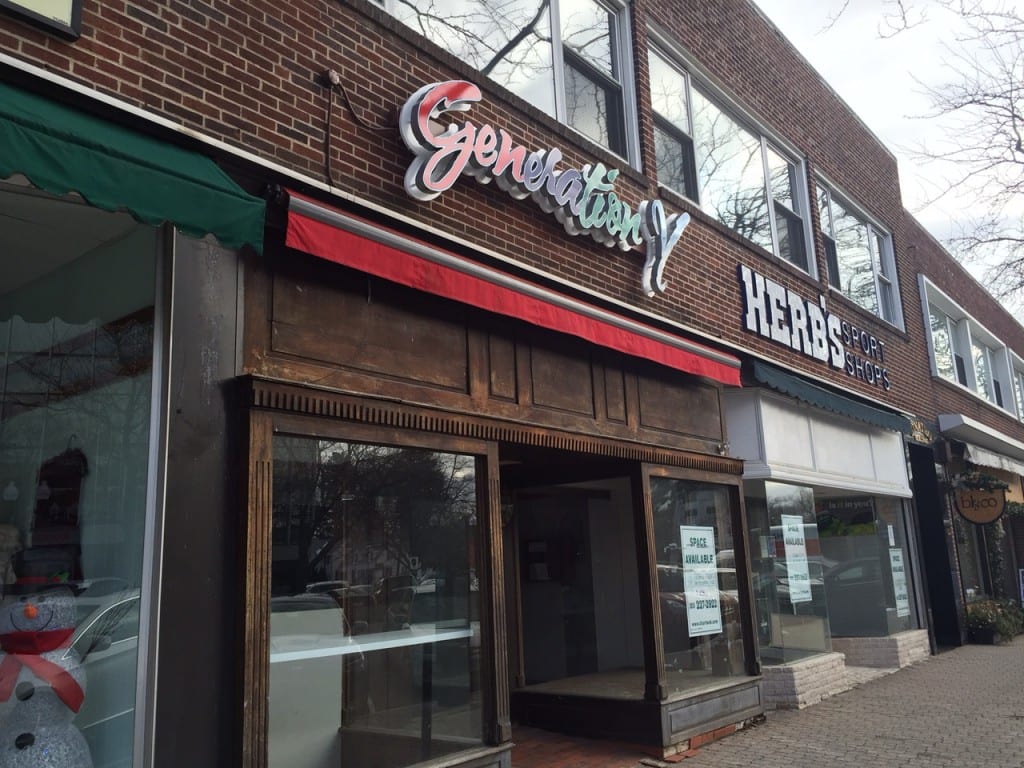 Filling some of the prime vacant spaces like these spots on LaSalle Road will be a priority of LaSalle Road Partners. Photo credit: Ronni Newton

The new owners of large chunk of West Hartford Center’s real estate plan to make improvements to their new properties, but they say their primary goal is to improve and enhance the vibrancy of the Center while maintaining its eclectic feel.

“I think West Hartford Center is one of the brightest spots in Central Connecticut. It would probably continue that way on its own but we want to enhance it and bring in more that will benefit the Center,” said Dan Joseph, principal of Corridor Ventures – one of the three businesses that formed LaSalle Road Partners and purchased three buildings from Sinatro Brothers on Dec. 16, 2015.

Joseph, fellow Corridor Ventures Principal Hagan Brown, and Rockport Investments Managing Partner Keith Guerraz shared some of their preliminary plans for the properties – quelling some of the fears and rumors that business owners and residents have expressed about a group of “out-of-towners” storming into West Hartford and making major changes.

“We’re dedicated to preserving the downtown feel of West Hartford, but also adding value,” Brown said. “We want to put our own mark on it and add value, taking the ‘dark end’ of LaSalle and brightening it up, creating more foot traffic,” he said.

Joseph said that the decision to invest in West Hartford Center has been in the works for at least eight or nine months, and it materialized over time as he and the other partners developed a trusting relationship with the Sinatros.

A partnership, and a relationship with the existing and future tenants and the West Hartford community is what they hope to achieve.

After the sale in mid December, the new owners walked the properties with Trey and Tucker Sinatro with the goal of meeting all of the existing retail and office tenants. Joseph said they were able to meet about 90 percent of them, and now that the holidays are over they hope to be even more visible.

“We want to help the existing tenants – investing in the buildings, making improvements to the façade of LaSalle, modernizing the look and feel,” Brown said. Office space will also be refreshed, he said.

Most of the visible upgrades will be focused on the LaSalle Road building because both Farmington Avenue properties have been updated more recently.

Guerraz said that another priority will be filling the vacancies both on Farmington Road and LaSalle. “[The former] Plimpton’s is a tremendous location, a great space. Herb’s and Generation Y are also great spaces. There is good square footage to work with,” he said.

Brown said that there is also 5,000 square feet of available office space above Bricco – one of the largest open spaces in West Hartford Center – that has been vacant for several years and the partners hope to lease that as well.

However, as important as it is to fill the vacancies, Brown said having the right tenant mix is key.

“I believe we have put the pieces into place to thoughtfully and patiently improve what we have invested in,” Joseph said.

Guerraz said that it’s important to build on what has made West Hartford Center what it is –  with unique concepts that build and sustain the excitement about the area. One of the reasons that they chose Charter to handle the retail leasing is because they have experience in similar areas. While they are not opposed to having national chains as tenants, they said it would have to be stores with unique concepts like Bluemercury which will move into the former Lululemon space this spring. Attracting successful regional businesses as well as mom and pop businesses will continue to be emphasized.

“That’s the eclectic part of West Hartford Center,” said Brown. “We want to take our time, fill it with the right people to fit the strip. It could take longer because we really want the right people,” Brown said.

Joseph said there are many factors that make West Hartford unique, and they want to maintain that. “It has walkability, shopability, livability,” he said.

“West Hartford will always be eclectic. We don’t control all of the space and it won’t have one contiguous look and feel,” said Brown.

Joseph said that he and the other owners want to partner with existing as well as new tenants. “We have no plans to oust any tenants,” Joseph said. While he said that LaSalle Road Partners wants to lease space at fair market rates, “We’re not here to gouge anyone. We’re not going to shock tenants with increases,” Joseph said.

Brown said they want to get to know the existing tenants, understand their business plans, and create a “workable environment.”

“Our number one priority is calming the fears of the existing tenants,” said Guerraz. One key tenant that has already committed to remaining is Sinatro Brothers which will maintain its offices at 62 LaSalle Rd.

While phase one will include taking care of deferred maintenance, enhancing the appearance especially of the LaSalle Road property, and filling vacancies, LaSalle Road Partners will consider more investment in the future.

“In the longer term we’re looking for opportunity, but it’s not part of our phase one plan,” Guerraz said. The Center is a unique place to live, work, and play, and additional residential capacity will only enhance that, he said.

However, Brown said that the plan is not to repurpose the existing office space into residential, but instead look at open space such as the parking lot behind Bricco. “We don’t even know if it’s realistic,” he said. Joseph said that discussions with the Town will be ongoing, but “no decision has been made with respect to redevelopment.”

Although the businesses that comprise LaSalle Road Partners – Corridor Ventures, Rockport Investments, and Tecca Ventures – may not be household names, the individuals are no strangers to the area. The partners all are current residents of West Hartford or nearby towns – with the exception of Gary Fogg of Rockport who lives in New York but grew up in the area. Brown went to Morley, King Philip, and Hall, and still lives in West Hartford. Guerraz also lives in West Hartford. Tecca’s partners are David Raisner (whose DHR North Main Street LLC is currently developing the condominiums and renovating the apartments at 747 North Main St. in Bishops Corner) and Rob Webber who is also a West Hartford resident.

Joseph, Brown, and Guerraz all say they are interested in hearing what types of businesses residents would like to see in the Center. Please include your ideas in the comments section below.

On Wednesday, Jan. 6, 2016, the Sinatro family issued a final statement about the sale of the properties. Click here to read it.