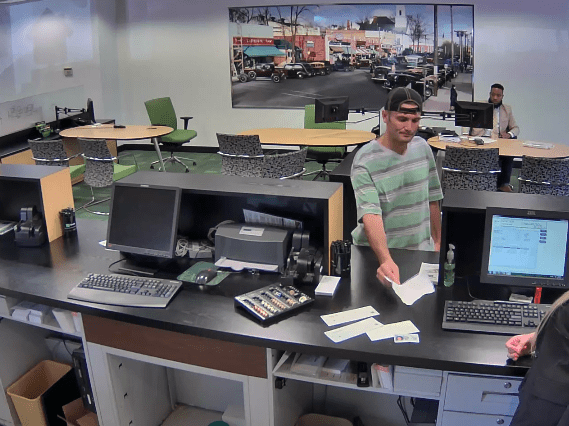 TD Bank at 143 South Main Street has been robbed twice in the past week, police believe by the same suspect.

West Hartford Police responded to a bank robbery Thursday afternoon at TD Bank at 143 South Main St., and they believe that the robbery was committed by the same man who robbed the bank at nearly the same time just a week ago.

Police said that they were called to TD Bank at 2:08 p.m. for the report of a bank robbery. They said that according to bank employees, a white male, approximately 40 years old, entered the bank and presented a note demanding money.

According to police, employees identified the man as the same suspect who robbed the same bank, at the same time, just one week ago.

The man left the bank with an undisclosed amount of cash and there were no injuries. According to police, just like in last week’s robbery, the suspect’s means of escape was unknown and a search of the area with the assistance of the New Britain Police K9 turned up negative.

Police said that the suspect, who is described as a white male with a slender build, approximately 5’8″ to 5’10” with very short dark brown  hair was last seen wearing a green, white, and black striped short-sleeve shirt and a black and white baseball hat.

Police are asking for the public’s assistance in identifying the suspect. Surveillance photos from this week and last week are provided below.

A reward of up to $2,000 has been offered for information leading to the suspect’s arrest. Anyone with information is asked to contact Detective Scott Segar at 860-523-2143.

This is the third bank robbery to occur in West Hartford in the past week. The First Niagara Bank at 55 South Main St. was also robbed on Aug. 6. 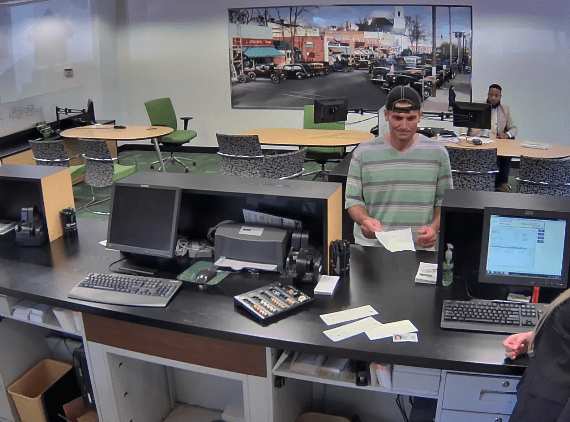 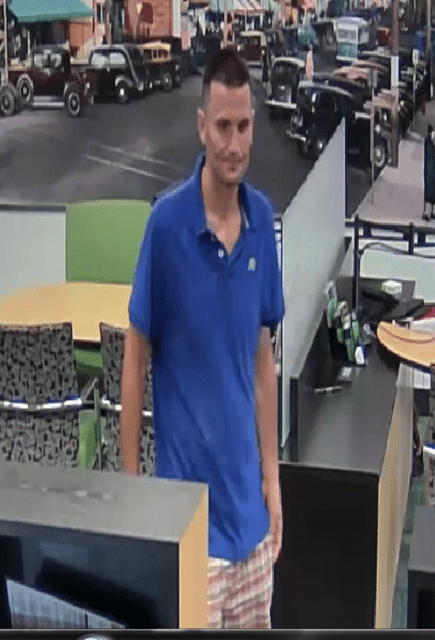 Picture of the suspect from Aug. 6, 2015 robbery. Courtesy of West Hartford Police 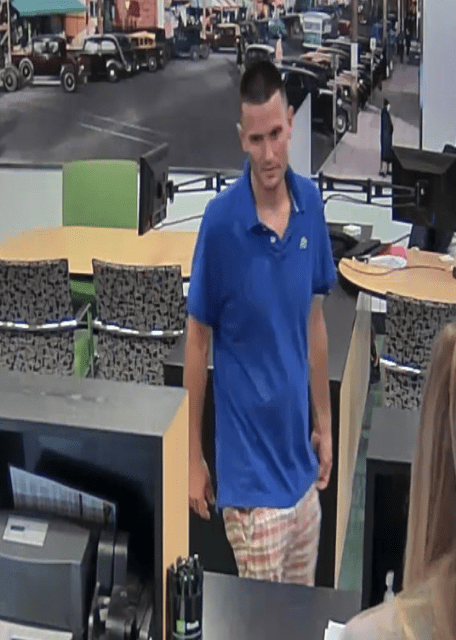 Picture of the suspect from the Aug. 6, 2015 robbery. Courtesy of West Hartford Police