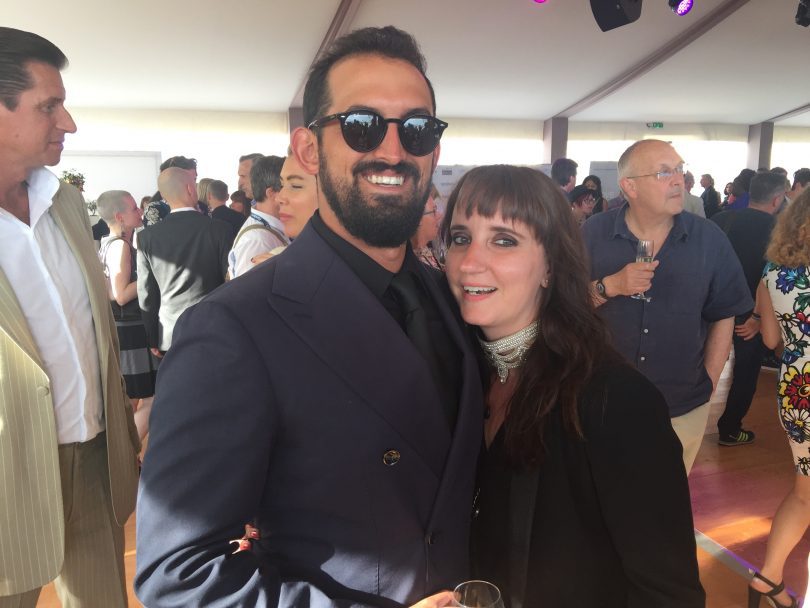 A couple with deep ties to the entertainment industry, who both continue to have projects that take them all over the world, decided that West Hartford is a great place for them to live and raise their daughter.

Fernando Ferro had never even been to Connecticut. Jane Owen had been in Fairfield County, but had never been to West Hartford.

In April 2021, they bought their first ever house, in West Hartford, a town they have quickly come to love.

“WeHo to WeHa!” joked Ferro, a movie producer who along with Owen, owner of an international public relations firm, moved to West Hartford last spring with their preschool-aged daughter, Lily.

All those accolades that West Hartford continues to receive, the write-ups as the “best place” to raise a family, the coolest suburb, the top-rated public schools, and the other “best” and “top” lists the town has been named to over the years, made a big difference to the couple that purposefully chose West Hartford as their new hometown.

Ferro is originally from Venezuela and moved with his family to Miami, while Owen, who was born in New York, grew up in Greece and England. They had an apartment in the Los Angeles area, a part of the country Ferro had called home for 21 years and where the Emmy-nominated film television producer built his business. When the pandemic hit, both saw their work come to an abrupt halt.

“All my movies I had in production shut down,” Ferro said. He had three movies underway, with filming in England, Reykjavik, and Texas, and by March 14, 2020, all of the projects had stopped cold.

Owen started her own business at age 23, and is now owner of Jane Owen Public Relations, a company she launched in 2011. Her award-winning firm, which has offices in Los Angeles, London, and Dubai – and now West Hartford –  provides the full spectrum of high level public relations work including promoting movies and TV shows, representing celebrities, hospitality companies, and charitable organizations, and also produces events. “We were getting up to having our busiest year when the pandemic hit,” she said.

Their daughter, who was born in Greece, celebrated her first birthday in March 2020. “She’s never had a birthday outside of the pandemic,” Owen said.

“We decided we needed to be someplace healthier than LA,” Owen said. The increasing threat of wildfires and rising crime rates, including a shooting that took place in broad daylight in front of an Italian restaurant they often frequented, were factors that led them to want to live elsewhere, in a place that would be better for raising their daughter.

“A lot of people move to LA to be part of the entertainment industry, but what the pandemic showed is you can be a part of it without being there,” Ferro said. 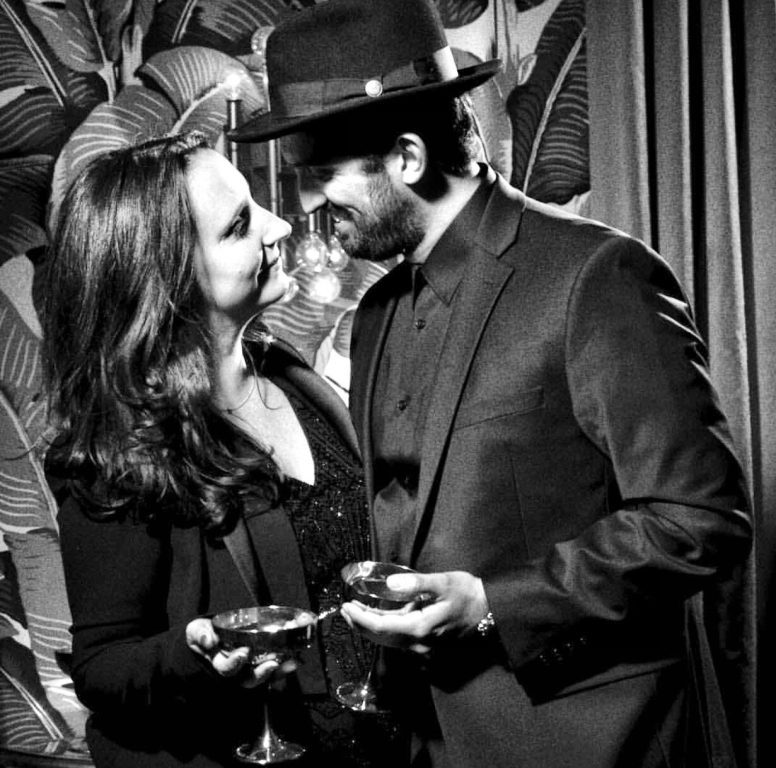 Jane Owen (left) and Fernando Ferro at an Oscar Party at the Absolut Elyx House in Los Angeles. Courtesy photo

Owen’s mother is Greek but was raised in England, and her father, who is half English, did have family in Connecticut. His family, in fact, is descended directly from Roger Sherman. Owen’s paternal grandmother originally lived in New Canaan but moved to England when she met Owen’s grandfather. Owen’s great grandfather was Maxwell Perkins – an editor at Scribner who discovered the work of renowned writers Ernest Hemingway, Thomas Wolfe, and F. Scott Fitzgerald – is the subject of the movie “Genius.”

“Connecticut sounded like this idyllic, beautiful place,” Owen said, and they started researching the best place to live. “West Hartford came up again and again. I read almost every article,” she said, and also started subscribing to We-Ha.com to get a feel for the town.

They had to be able to travel, but they realized West Hartford provided easy access to international airports and they could take the train to New York. Ferro said they were ready for a new chapter.

Owen also joined a few local Facebook groups, and that’s how actually met someone who had recently moved from West Hartford to LA, and who happened to be close friends of Shari and Michael Cantor, who were then some of the first people Owen and Ferro met.

“I’m so impressed with the local government. … It’s very comforting to know that the town is being run by people who care,” she said.

Their new neighbors came over to greet them on the first day, too.

“I love that my daughter is going to have fresh air, green trees, good schools,” Owen said. “There are so many lovely. playgrounds,” she said, mentioning Jonathan’s Dream, Elizabeth Park, and Wolcott Park.

In November, their daughter started at Knight Hall School.

“She loves it so much. She’s thriving,” Owen said. “I’m really excited for her to be ‘from’ West Hartford.”

During this interview, conducted in part over lunch at Bricco (which they both loved), both said they were immediately really impressed with the dining scene and range of cuisine available in West Hartford. Max’s Oyster Bar, Àvert, bartaco, and Barcelona became immediate favorites.

Not only are there a variety of restaurants, but the town itself isn’t plain vanilla like they feared it might be. “I didn’t realize such an array of cultures. We were pleasantly surprised to see so much diversity,” Owen said.

“We just lucked out and we hit the jackpot when we moved,” she added.

Both want to get involved in the community.

Ferro, a partner with Mini Mach Media – a company with a strong commitment to diversity and equality – is looking at the possibility of personally shooting some movies locally, and believes the area has access to great crews and services for filmmaking and the potential to become a hub. He noted that “Banshee,” starring Antonio Banderas and Jamie King, was recently shot in Connecticut, he said, and there is other interest.

“When we make a movie we employ close to 200 locals,” he said. And his company focuses not on particular genres, but on “inclusivity,” he said. All leads are paid the same salary, and there is no gender disparity.

Owen can’t wait to get involved with charitable events, both in West Hartford and the surrounding area. Planning for her first project – The Rose Gala – is well underway. Owen said she’s excited to team up with Drew Angelo of Historic Events to produce the inaugural fundraiser, this year to support the rebuilding of an area homeless shelter, which is scheduled for April 9 at The Clerestory in Manchester.

This is their first Connecticut winter, with previously their only really cold weather coming during trips to the Sundance Film Festival, but so far they’re very happy they made the move.

“We just love it so much,” said Owen. “Everybody has been so kind. We are thankful every single day that we moved here.”

They love their new West Hartford neighbors, and even when they travel, they can’t wait to return home. “We hate to leave. … That’s a credit to West Hartford for being a welcoming community.”