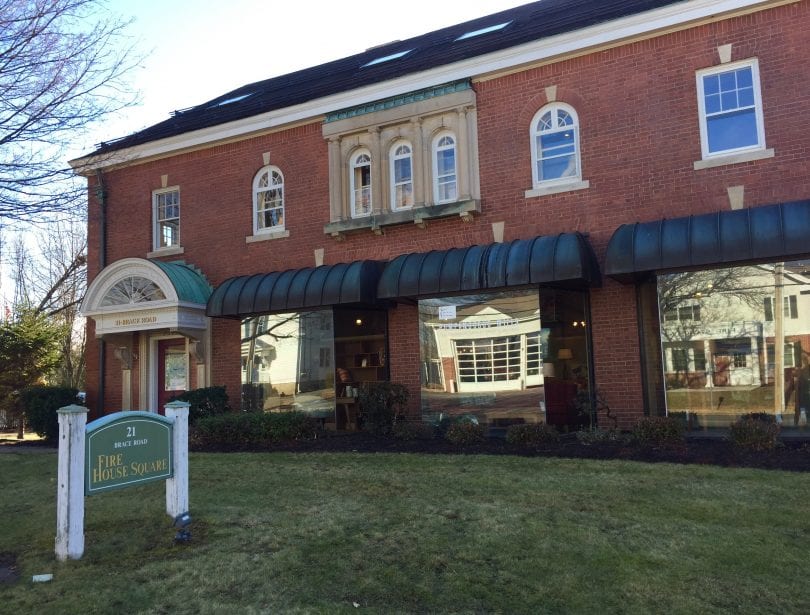 An amendment made to the Special Development District for 21 Brace Rd. will allow for a new occupancy, Yoga from the Heart, to open in the basement of the building. Photo credit: Ronni Newton

It was another warm (for winter) weekend, sunset is now after 5 p.m., and I can already see the very tips of my daffodils peeking out of the ground – all positives in my book even though the calendar still says January.

Ted and I were back in Hartford – at the XL Center again – this past weekend for the UConn vs. University of New Hampshire men’s hockey game. The transition to having adult children can be lonely, but it can also be lots of fun. We had a great time “double-dating” to the game on Saturday night and then having dinner at Chango Rosa with our daughter, Katie, and her boyfriend, Matt!

Katie and Matt missed our traditional Sunday night family dinner last weekend because they were at the Patriots game. And we are all very jealous that Matt is going to the Super Bowl next weekend! Does anyone know any other West Hartford residents heading to the big game? I’d love to share some stories!

We-Ha.com is the place to go for the latest information about West Hartford – a town that "has it all"! We-Ha.com is part of and proud of our community, and we bring a hyperlocal focus to news and features about the people, schools, businesses, real estate, sports, restaurants, charitable events, arts, and more. Contact us at: [email protected] or s[email protected]