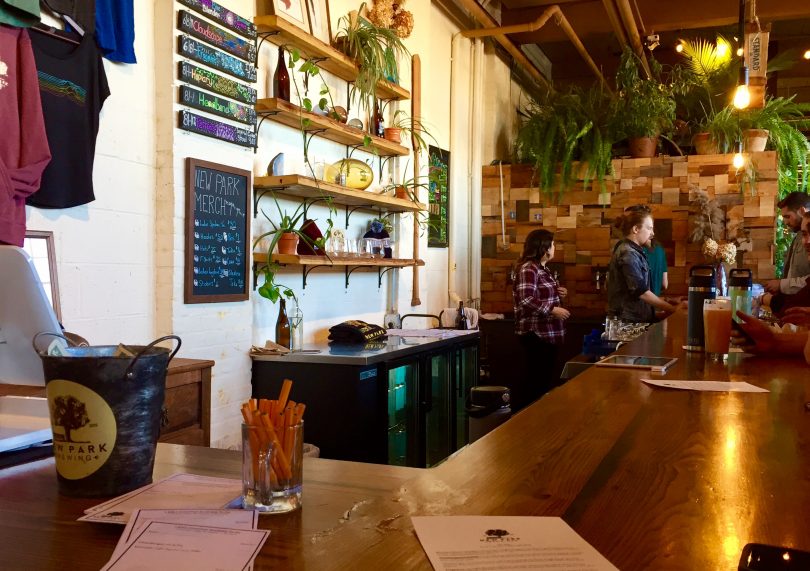 Last Monday I was on my way to Florida, and despite one full day of rain (at least it was 68 degrees and not threatening snow or sleet), it was a wonderful vacation. It was great to visit with my dad in Delray Beach, to soak up the sunshine amid palm trees and beautiful flowers, to sit on the beach and read a book, to run in shorts and a tank top, and to eat every possible meal outdoors. 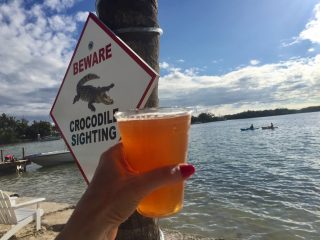 Toasting a great day of snorkeling while watching the sun set at Lorelei Restaurant and Cabana Bar in Islamorada in the Florida Keys.

Both kids were on spring break and able to join us on the trip, and Ted planned an adventure for the four of us – a day of snorkeling at the coral reef off Key Largo (only a two-hour drive from Delray Beach)! The snorkeling was absolutely amazing, and we saw dozens of varieties of fish in all colors, shapes, and sizes. While the sea turtles were elusive (the dive master said he had seen some a few days earlier), we did see multiple barracuda and a couple of sharks!

After snorkeling we drove farther west to Islamorada, where we found a restaurant/bar right on the water that promised (and delivered) a great sunset, cold drinks, and some yummy seafood.

There was no lack of news while I was away, including five structure fires in West Hartford. Thanks to the West Hartford Fire Department for making sure I had accurate information, and to the fire department and our readers for supplying photos.

I learned about and reported on Thursday evening’s devastating fire while I was in the Fort Lauderdale Airport on my way home. Our thoughts are with the family of five that was displaced by the fire, which may result in the house being declared a total loss, but thankfully no one was injured.

While I was able to report on the news from vacation, I do apologize for some technical issues which resulted in several stories that had been published on Tuesday night “disappearing,” and a smaller than usual newsletter on Friday as a result. After much hair-pulling (on my part) and investigation (by me as well as by our IT specialist), there’s no clear explanation. I have been instructed to no longer use public WiFi while posting to the We-Ha.com site, and thankfully I have an unlimited data plan and can use my phone safely as a hot spot. 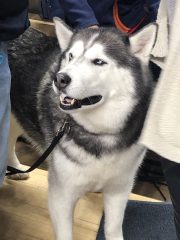 Jonathan was on the sidelines of the UConn vs. Towsen women’s basketball game on Friday. Photo credit: Sam Newton

We got home around 1 a.m. Friday, and what a return to reality it was. We are having our master bathroom redone (much of it was still vintage 1932), and because of some crazy piping, while we were gone the contractors cut a giant hole in the wall of my office which is right below our bathroom. And a relay switch on our vintage furnace broke, so we had no heat in the house when we got home.

We were all back to work on Friday, including Sam who was on the floor of the UConn vs. Towson women’s basketball tournament game. In addition to seeing the Huskies’ first round win from court side, he got to hang out with the real Husky!

It was tough to don my down jacket again on Friday, but I had to leave the house for a meeting and once it started sleeting I couldn’t deny that I was back in New England.

I’m seeing 60s in the weather forecast, and can’t wait to report on the re-opening of patios at West Hartford restaurants! 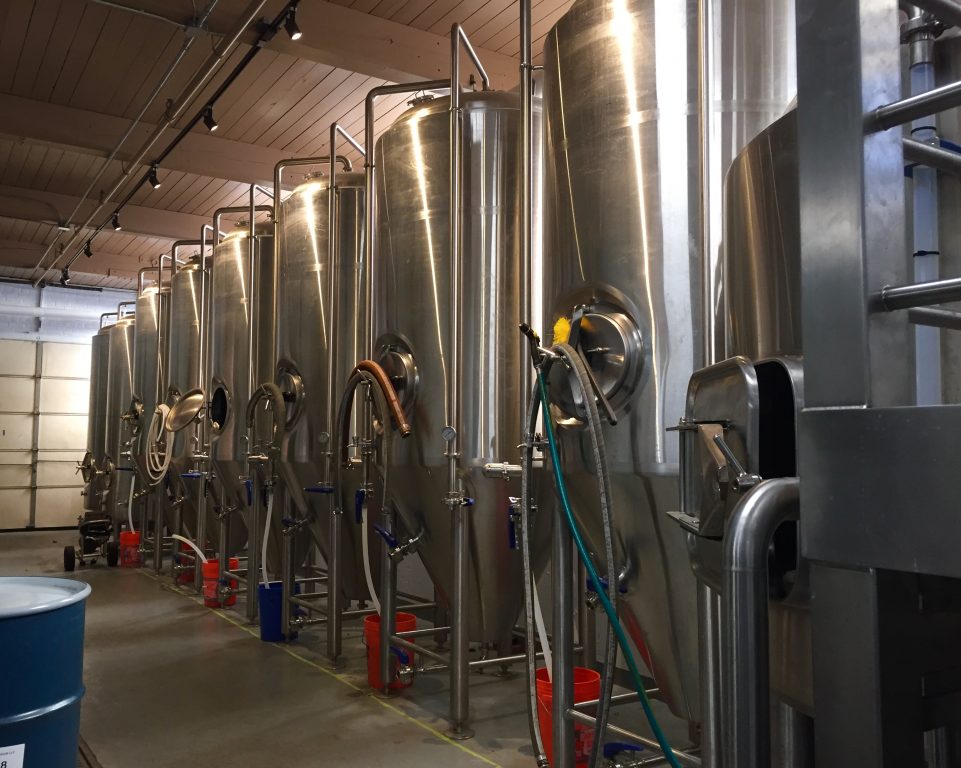 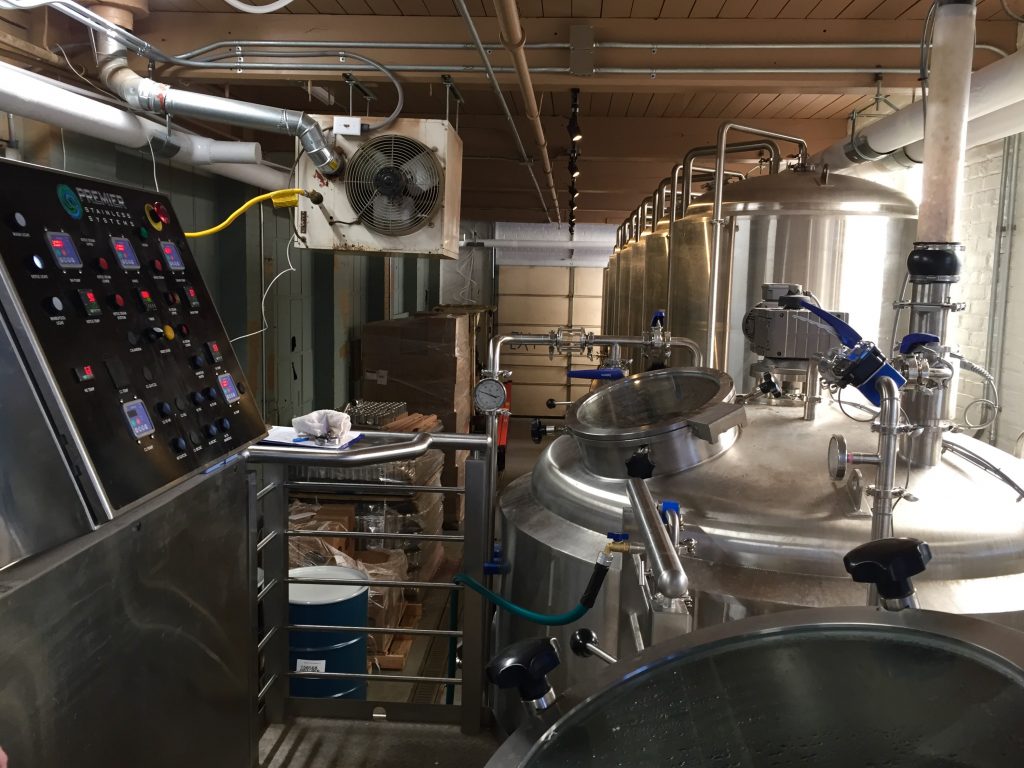 Brew deck of New Park Brewing, which has expanded from a 7-barrel electric system to a 15-barrel steam system. Photo credit: Ronni Newton 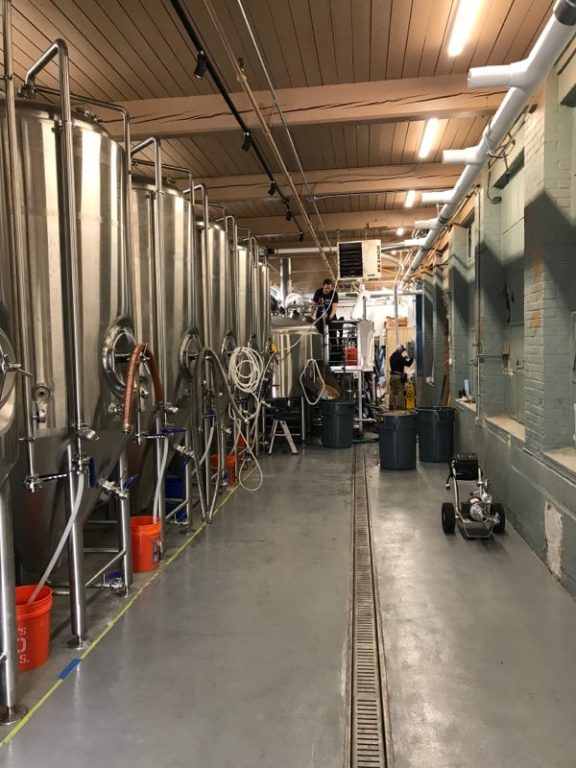 New Park Brewing has expanded from a 7-barrel electric system to a 15-barrel steam system. Photo courtesy of John Doyle 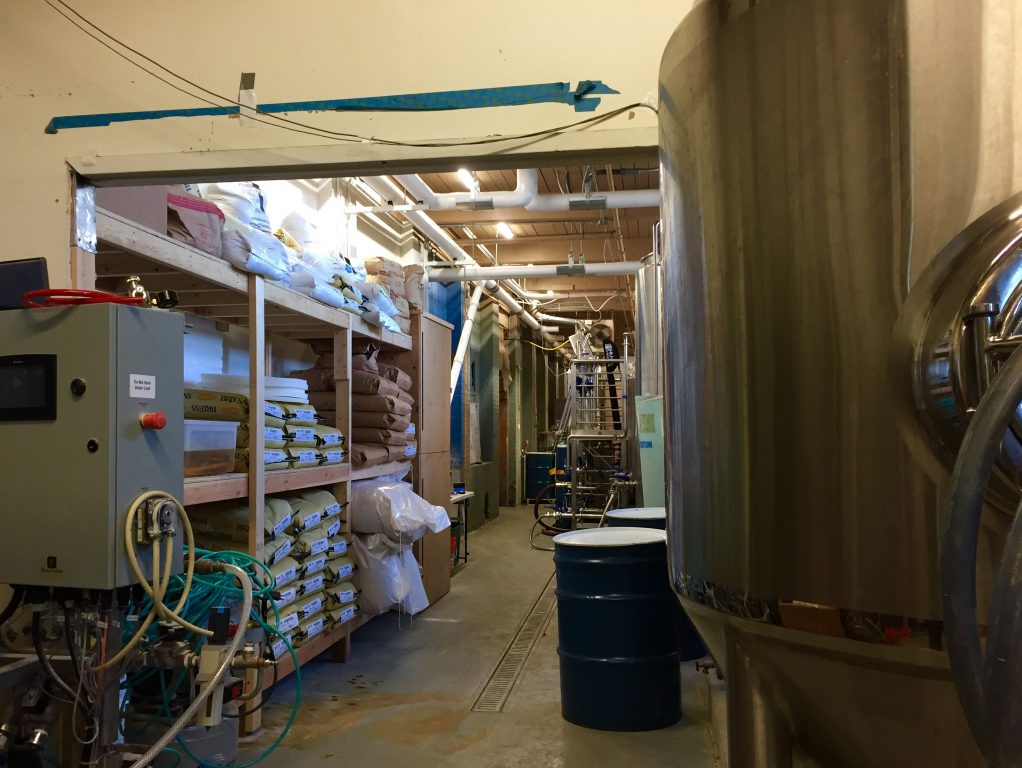