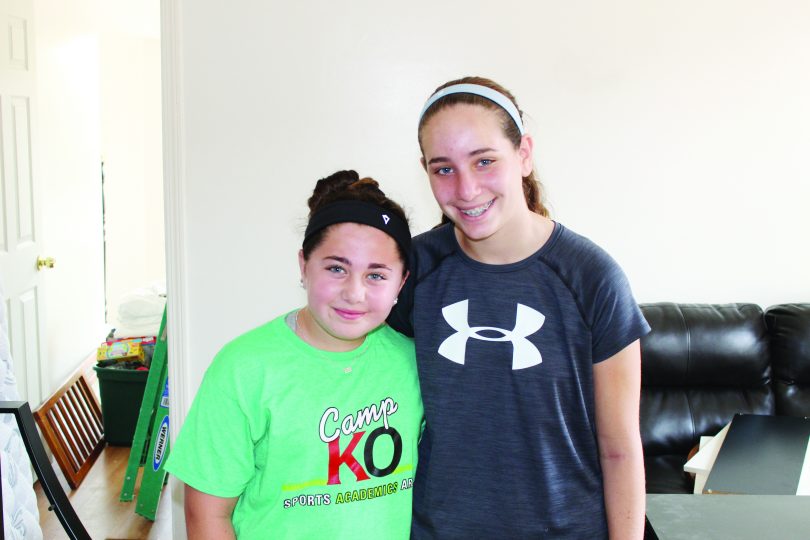 For their mitzvah project, two girls from West Hartford partnered with Journey Home to help create a welcoming home for a Hartford family. 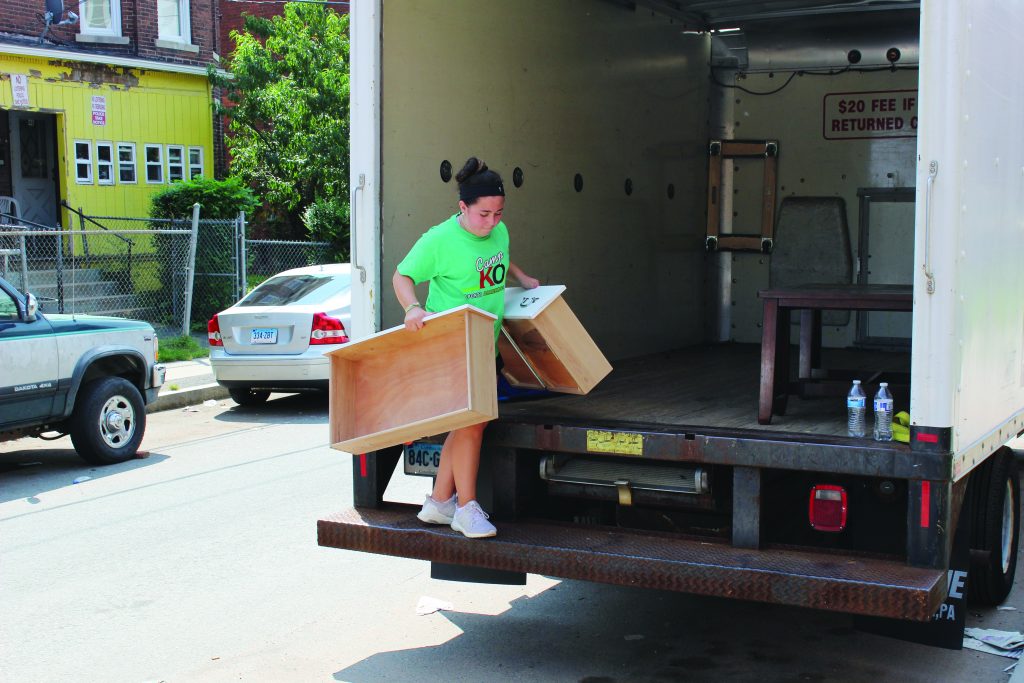 The rooms of the three-bedroom apartment on Bedford Street in Hartford were barren, the windows uncovered, on the morning of Aug. 25. But the apartment would soon serve as sanctuary for a family of five – a mother and her four children – who were previously homeless.

And, to ensure the apartment was more of a home, two 13-year-old West Hartford girls, for their mitzvah project, partnered with Journey Home in West Hartford to move in furniture and decorate the space.

Marley Brown and Lucy Kabakoff, students at King Philip Middle School, said they wanted to help those who were less fortunate than themselves. Brown said her mitzvah project focused on family division, which she says leads to homelessness.

“I wanted to help homeless people find a home and I love decorating,” Marley said.

“I wanted to help someone out. Changing one life can help a lot,” Lucy added. “I don’t get to see this. I’m not really used to it. It’s a whole different type of living.”

Brown and Kabakoff estimated that they traveled up and down the stairs to and from the third-floor apartment about 20 times.

Twelve volunteers, including members of the girls’ families, moved in the heavy furniture, including beds, dressers, mattresses, tables and book shelves.

“It started off as an empty apartment, it was a blank,” Alison Scharr, Journey Home’s volunteer and communications director, said. “We just try to give [the family] a little bit of a support system to get settled to start their new lives.”

Scharr estimates that Journey Home furnishes about 150 apartments a year for individuals or families.

Scharr said she and the entire Journey Home organization were grateful for the help from Lucy and Marley.

“It’s nice to see the next generation getting their hands into a service project like this and see the other side of life,” Scharr said. “They may not know anyone who has experienced homelessness ­– hopefully they don’t. Typically, West Hartford is an affluent community. So coming to this community seeing someone starting off with nothing, it’s a huge difference.”

Lucy and Marley’s parents said they were proud of their daughters for choosing to help the previously homeless.

“They really wanted to do something to make a difference,” Jennifer Kabakoff, Lucy’s mother, said. “For her bat mitzvah she’s been learning about how to be true to yourself and not be influenced by other people around you. We talked about how she wants to do the right thing in life on a daily basis, and not be swayed by other people. She wanted to do something to help others.”

“It’s part of the Jewish tradition,” Miki Brown said. “It’s part of giving back. A bat mitzvah isn’t just a party that celebrates you. You have to give back. It’s not about the big dress or the big party.”