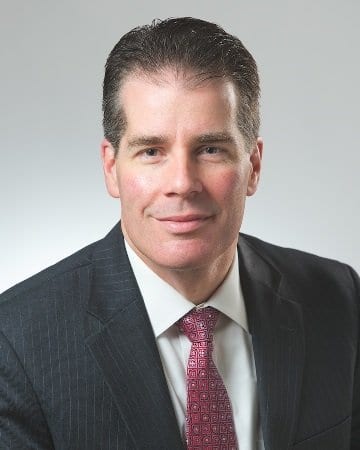 The Town Council will meet on April 17, 2017, and plans to approve a resolution appointing Matthew W. Hart as West Hartford’s new town manager.

The West Hartford Town Council has been engaged in a search for a new town manager, and announced late Wednesday that Mansfield Town Manager Matt Hart, 52, has accepted a conditional offer of employment, pending the Town Council’s official approval on April 17.

Hart, who has a bachelor’s degree in political science from the State University of New York at Pottsdam and both a JD and master’s in public affairs (MPA) from UConn, said that he and his wife briefly lived in West Hartford while he was a law and graduate student, when he was just starting his career, and back then he already admired the town’s assets – its diversity, infrastructure, and layout.

During the interview process for the town manager position, Hart said he met with staff, some of whom he already knew, and is impressed with the “very professional team” who will be a great group of colleagues. He’s also looking forward to getting to better know Mayor Shari Cantor and Town Council members.

Cantor said that Hart stood out in the interview process as someone who is “bright, hardworking, collaborative, ethical, and truly adept at managing both people and finances.”

While it’s important to promote internal advancement, Cantor said that she and others welcome the opportunity to gain a different perspective by hiring a town manager from another community.

“We have not had an external candidate become town manager in more than 30 years, and I think it’s important to bring that outside perspective to our town operations,” Cantor said.

Hart has a proven track record of “sound budgeting, capital planning, and debt management” according to the announcement of his hiring. He is one of only 12 International City Management Association (ICMA) credentialed managers in the state, and has been a member of ICMA’s Sustainable Communities Advisory Committee. He has also served as president of the Connecticut Town and City Management Association (CTCMA).

Hart has been town manager in Mansfield, CT, which has a population 26,453, since 2006. He began his employment with Mansfield in 2000 as assistant to the town manager and was promoted to assistant town manager in 2002 before being chosen for the lead role after a national search to replace Martin Berliner, who retired after 27 years in the position.

According to the announcement from the Town Council, Hart “values open government and democratic processes, and is a team-oriented manager, with a passion for leadership and public service.”

Mansfield is home the the University of Connecticut’s main campus at Storrs, and offers many similar amenities to West Hartford: cultural attractions, strong public schools, and a vibrant downtown. According to the Town Council announcement, Hart played a critical role in the development of Storrs Center, which is a  a “mixed-use, New Urbanism project located adjacent to UConn’s main campus.”

“I know [West Hartford] faces challenges with the budget, with the MDC, with regionalism,” Hart said. He’s keenly aware of the complexity of the job, the demands, and West Hartford’s high profile and history of being well-managed and earning the highest possible bond ratings.

“I’m very excited about the opportunity.” Hart said he loves what he does, and is prepared to meet the current challenges and make an impact. “I look forward to working with staff and the Council to address [those challenges],” said Hart.

“This may be a difficult time but one can’t lose sight of of what the State of Connecticut, and a community like West Hartford, have to offer. Throughout the state we look to West Hartford as a model,” Hart said.

On the personal side, Hart said he is also looking forward moving to West Hartford with his wife and two daughters, ages 13 and 10. “We have great schools in Mansfield, but I am really excited about West Hartford’s schools.”

Hart’s in-laws already live in West Hartford, he said. West Hartford requires the town manager to live in town, and Hart said he plans to move over the summer, before the new school year begins.

Hart was scheduled to inform the Mansfield Town Council of his plans to resign on Wednesday night. A resolution to appoint Hart as West Hartford’s new town manager, sponsored by all Town Council members, is on the agenda for the April 17 meeting and is expected to be approved unanimously.

Hart said he will begin work on July 31, 2017. He will earn $165,000, and be enrolled as a new employee in the town’s employee benefits and hybrid pension plan.

The search for West Hartford’s town manager has been underway since late 2016. Town Manager Ron Van Winkle announced Nov. 2, 2016, that he would be retiring on June 30, 2017, at the end of the current fiscal year. Van Winkle, who turns 70 on April 15, began working for the Town of West Hartford as a consultant in 1986, and was hired as director of Community Services by former Town Manager Barry Feldman in 1987. He was named town manager on July 1, 2008.

A national search took place, and Hart was among the 25 candidates who applied.

According to Assistant Director of Human Resources Pat Morowsky, candidates for the position came from 13 different states. Although the Town Council had budgeted $35,000 for use of a recruiting firm, Morowsky was able to spearhead the search and other than her time she said the total cost was $2,000.

As part of the search process, the Town Council sought extensive feedback from the public through a three-question survey as well as focus groups.

The survey, posted on the town’s website for two weeks in January, asked residents to identify, from a pre-selected group of responses, what they considered to be the top leadership qualities and characteristics of a new town manager, the top priorities the town manager needs to address in the first year, and the top challenges facing the town in the next five years.

Morowsky said that 604 residents responded to the survey.

In terms of leadership qualities and characteristics, more than two-thirds of respondents indicated that being an “effective communicator” was of key importance. Extensive financial management expertise, commitment to high standards and ethics, collaboration skills, and previous experience as a town or city manager were the other top qualities identified.

Residents identified the top priorities for the new town manager as finding revenue sources other than taxes, supporting West Hartford’s top-rated schools, economic development, and creating a long-range plan for the town.

The number one challenge identified by respondents was the impact the State of Connecticut and City of Hartford financial status might have on the town. Residents said other key challenges that will need to be faced in the next five years are funding for aging infrastructure, state education aid, unfunded state mandates, and the rising cost of government.

Hart was chosen as a finalist from among the 25 who applied for the job. The finalists interviewed with members of the search committee, superintendent of schools, police chief, director of Financial Services, executive director of Human Resources, and several community and business leaders.

Cantor said that Hart was the best fit and most qualified of all of the candidates, and was highly recommended by those who have worked with him. She said that the search committee was impressed with “the respect and enthusiasm he shows for the position, and that he recognizes West Hartford as being a vibrant, diverse, and engaged community.”

Hart has been recognized by the UConn Master of Public Affairs Program for his contributions to the field of public administration and the school. During his tenure in Mansfield, the Town received awards from the Capitol Region Council of Governments, the Connecticut Main Street Center, and the Government Finance Officers Association. The Storrs Center project was an Urban Land Institute Global Awards for Excellence Finalist in 2015, and Mansfield was named one of American City & County’s Crown Communities in 2016.

“These are challenging economic times – locally and for the state, and expertise is critical,” Cantor said. She is confident that Hart is the best candidate for the job.

“We expect [Hart] will be operating at a very high level, very quickly,” said Cantor.

“I love the work, and really enjoy public service. It’s a calling, and I look forward to serving the West Hartford community,” Hart said.