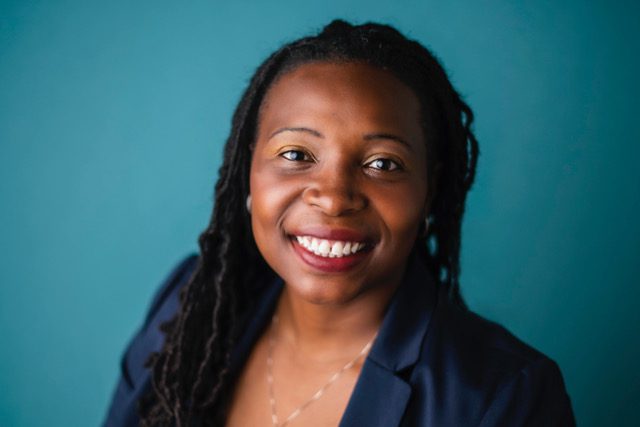 Adrienne Billings-Smith officially resigned from the West Hartford Town Council on Friday, and will become the town’s equity coordinator. 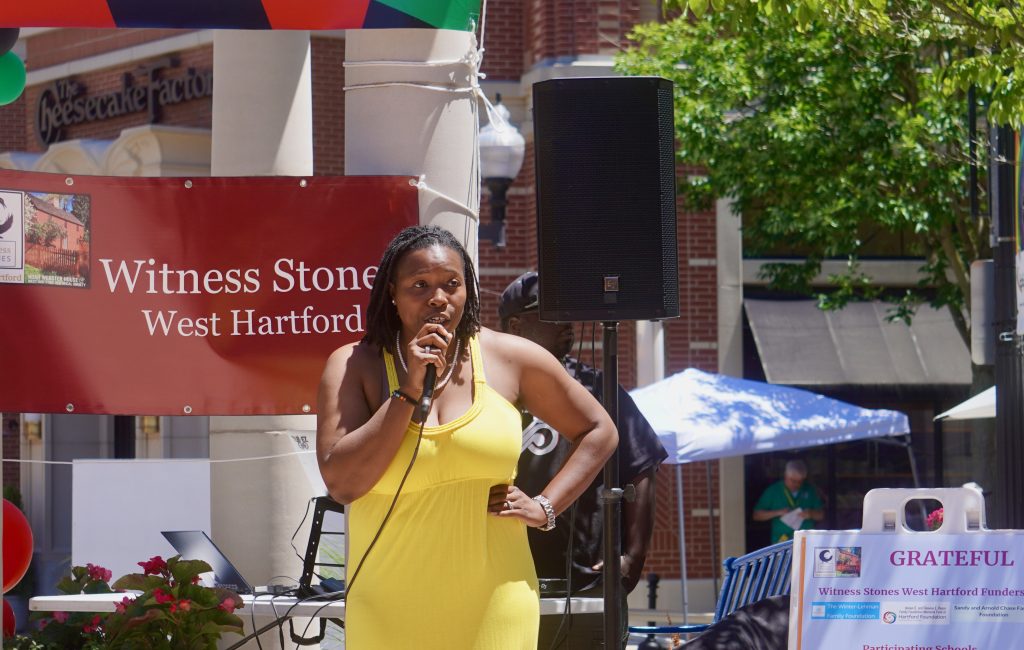 Adrienne Billings-Smith was faced with a very difficult decision, but ultimately she realized that serving as the Town of West Hartford’s equity coordinator would be her dream job, even though accepting the position meant giving up her position on the Town Council as well as her jobs as a flight attendant and an attorney.

Billings-Smith, who was elected to the Town Council as a Democrat in 2021, tendered her resignation on Friday.

“This is my thing, this is what people know me for, this is my passion,” Billings-Smith told We-Ha.com.

She’s been co-chair of the town’s Human Rights Commission, founded the Concerned Parents of Color organization to advocate for effective change in education, prompted the town to launch the first Juneteenth celebration in 2020 and then organized that and subsequent celebrations – which also involved commissioning the Blue Back Square MLK39 mural that features Dr. Martin Luther King Jr. and other past and present notable African American figures. She collaborated with First Church West Hartford for the renaming of Unity Green, which formerly had been named for an enslaver. She has been an active participant in West Hartford Pride celebrations. Prior to her election to Town Council, she also served as a member of the Civilian Police Review Board. 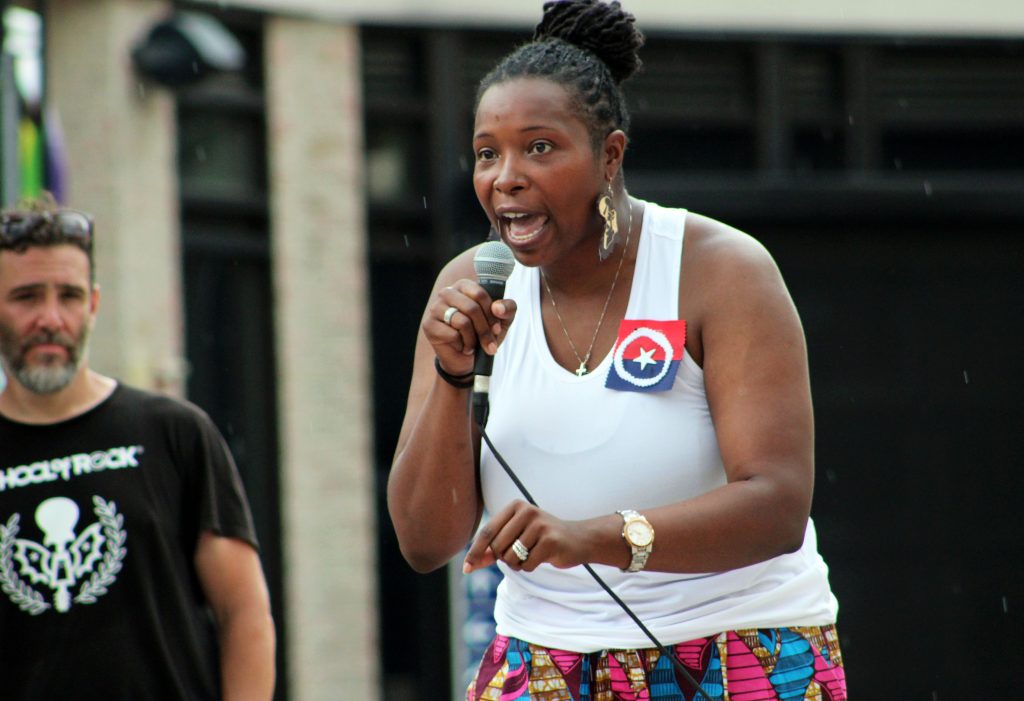 Last spring, Billings-Smith was selected as the “Remarkable Woman of the Year for 2022’’ by Nextar, the parent company of WTNH. 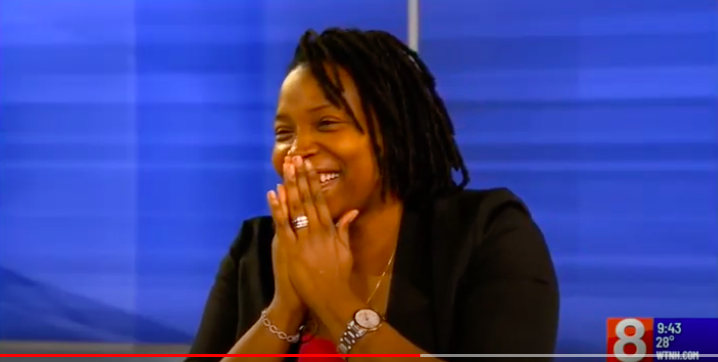 Adrienne Billings-Smith is surprised by the news that she has been named the 2022 Connecticut Remarkable Woman of the Year. Screenshot (we-ha.com file photo)

“I’m so humbled that the people of West Hartford elected me,” Billings-Smith said. Deciding to give up the Town Council and take on the new role involved a lot of talking with family and friends, and a lot a of crying. She noted that there are many important decisions to be made by the Council – with housing, roads, safety, the new community center, and even the dog park.

“It was really hard writing that resignation letter, very bittersweet,” but ultimately she said it’s a win-win and becoming the equity coordinator is an extension of the type of work she has been doing, and loved doing, in town for the past four years.

Billings-Smith will report to Executive Director of Equity Advancement Roszena Haskins, who last summer was named to the newly-created position which oversees diversity, equity, and inclusion for the town as well as West Hartford Public Schools.

“After an extensive and rigorous search process, Ms. Billings-Smith emerged as a highly qualified candidate with substantial background experience and ultimately made the tough decision to step down from the Council to focus her attention on our DEI efforts in this new capacity,” Town Manager Rick Ledwith wrote in an email to town staff late Friday.

“Naming Adrienne Billings-Smith as the town’s Equity Coordinator marks another step forward in West Hartford’s commitment to institutionalizing equity, diversity, and inclusion throughout all areas of the municipality,” Haskins said. “Adrienne has a proven track record of championing growth and change in service to community and municipal equity.  She has made impactful contributions to the West Hartford community as a resident, a public service volunteer, and parent partner with our schools.”

Haskins said she is “thrilled to continue to be able to work with such a talented individual in this capacity.”

“I have such a love for West Hartford, and this puts me in the middle of it,” Billings-Smith said. She said she looks forward to working with town staff and all members of the community who believe in the Town of West Hartford. 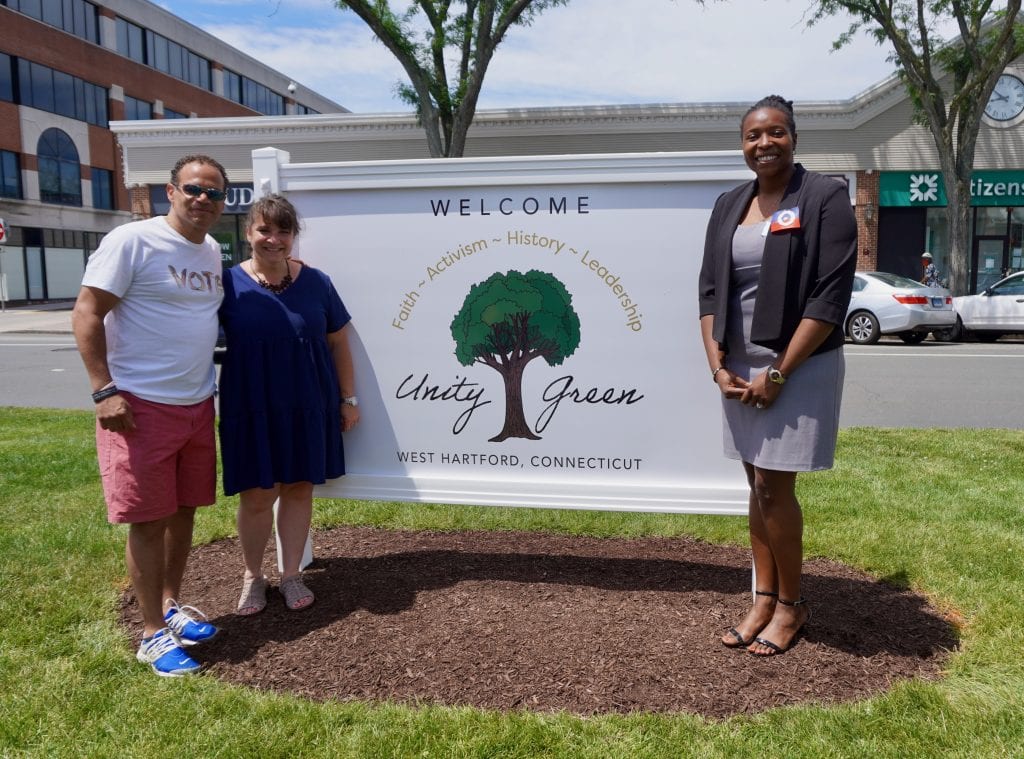 At the dedication in June 2021, Adrienne Billings-Smith (right) stands in front of the Unity Green sign with Geeno Gordon of Concerned Parents of Color and Jill Gavalis, the graphic designer who designed the logo. Photo credit: Ronni Newton (we-ha.com file photo)

Billings-Smith had just arrived in Jacksonville when she spoke about the new role during a phone interview. In addition to being an attorney for the past seven years, she’s been a flight attendant for a major airline for 15 years. It’s been a job she has loved, although the travel takes a toll on her family.

“I have a 9-year-old child, and I’m excited I’ll be there on Saturday mornings to play video games with him.”

Billings-Smith will begin her new job on Nov. 9. “I want to emphasize how grateful I am for this opportunity,” she said. “And how proud I am of our town and its commitment to this work.”

Mayor Shari Cantor said the decision was made by Billings-Smith and the town administration, and she will be missed on the Town Council. “Adrienne is a caring, smart, motivated, and thoughtful leader,” Cantor said. “I have been so lucky to work with her as a colleague. I am looking forward to working with her in her new role in this important work.”

Billings-Smith’s resignation from the Town Council was effective last Friday, and her replacement has not yet been identified.

“We are working expeditiously to fill the Town Council opening in the next couple of weeks. The Democratic Town Committee is gathering names of interested parties and we will select a new member of the team soon to continue our work on behalf of the town,” Cantor said.

“We are pleased to have such a passionate advocate for equity, diversity, and inclusion on our team,” Ledwith said. 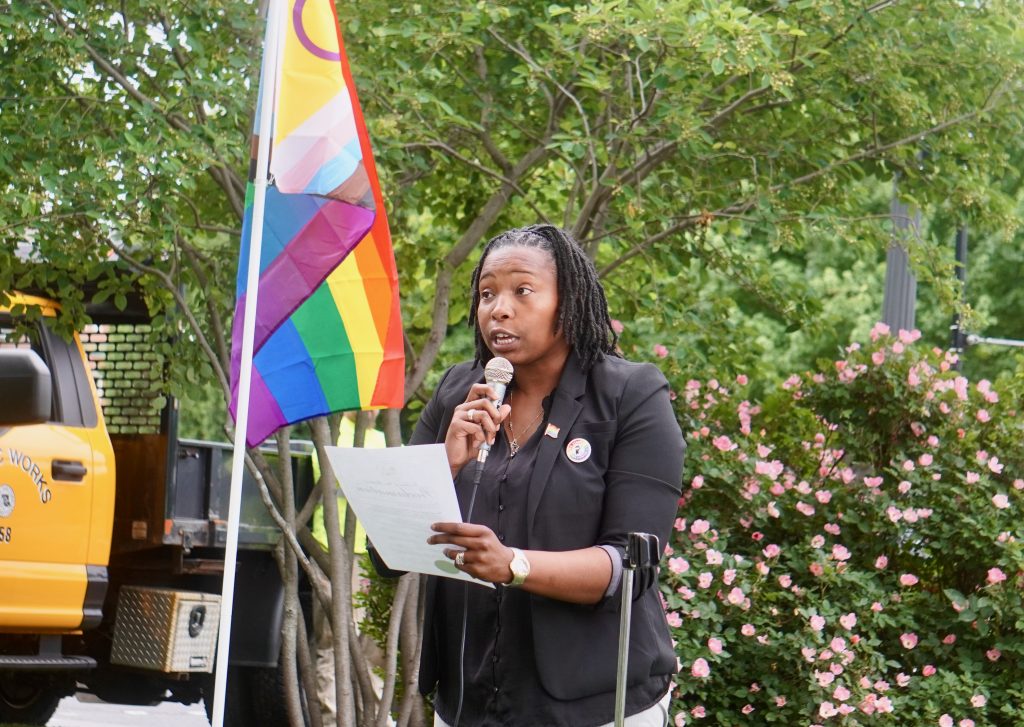