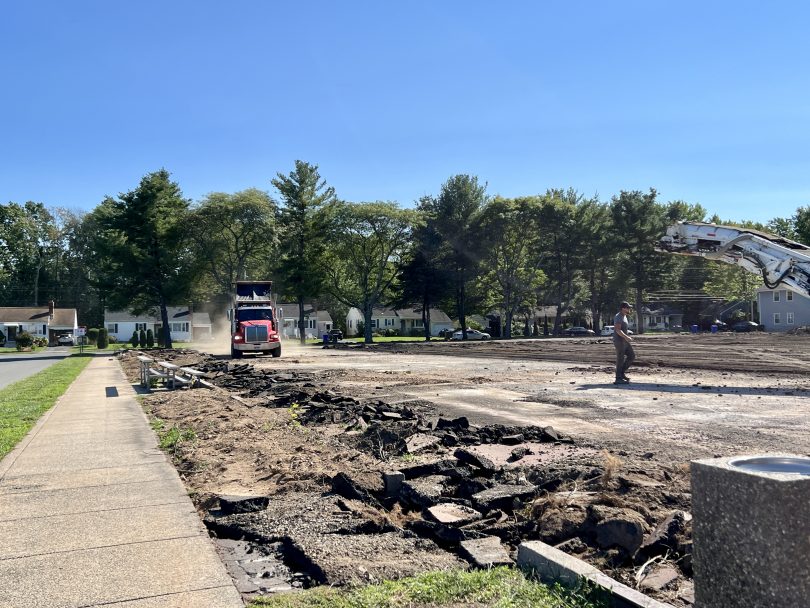 The Town of West Hartford received a majority of the funding for replacement of tennis courts at Conard and Hall high schools through state bonding. 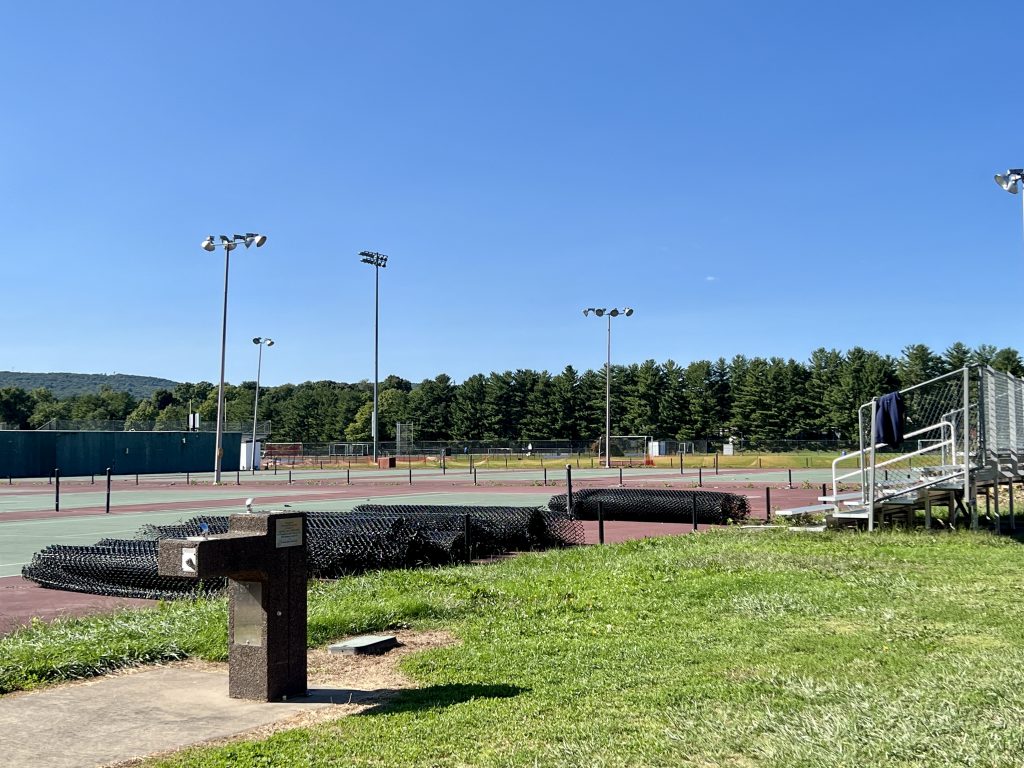 Construction began this week on a project to replace the 25-year-old tennis courts at both Conard and Hall high schools, with funding for the project largely coming from the state.

Plans – which were developed as a collaboration between the town and West Hartford Public Schools – are to replace the existing asphalt courts with state-of-the-art tension concrete courts, and also replace the exterior fencing and nets. The new courts will have a 20-year warranty from structural cracking, heaving, and settling, as well as a 10-year warranty from bubbling and peeling.

The tension concrete courts are more durable and will also save in maintenance costs. Asphalt dries out and shrinks over time, leading to hazardous cracks, and the town has been spending roughly $60,000 per year in resealing and other repairs. 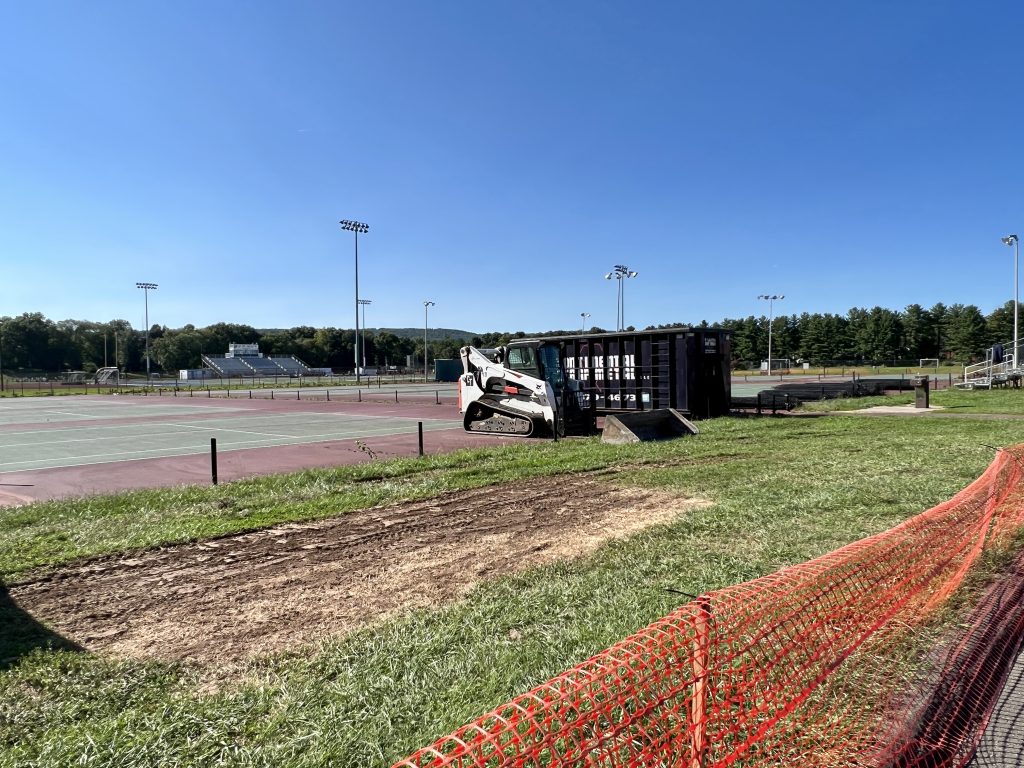 The project was put out to bid, but the cost came in higher than what had earlier been estimated. On Tuesday, the West Hartford Town Council unanimously approved an appropriation of $495,000, which covers the higher sum that was quoted in the bid ($354,000) and allows for any possible cost overrun.

Classic Turf Company, which recently completed the rehabilitation of the tennis courts and construction of six new pickleball courts at the Buena Vista Recreation Complex, will be doing the work.

Town Manager Rick Ledwith said the courts are scheduled to be completed by the time the high school tennis teams begin their spring seasons.

Tennis courts which remain available for public use which the high school courts are under construction include:

Prior to the vote the town held a public hearing and resident Brian Clarke, whose property abuts the Conard tennis courts, expressed concern that the neighborhood had not been warned in advance that construction was set to being this week so that they could be prepared for the noise and have a chance to put away fragile items that might break due to the vibrations. 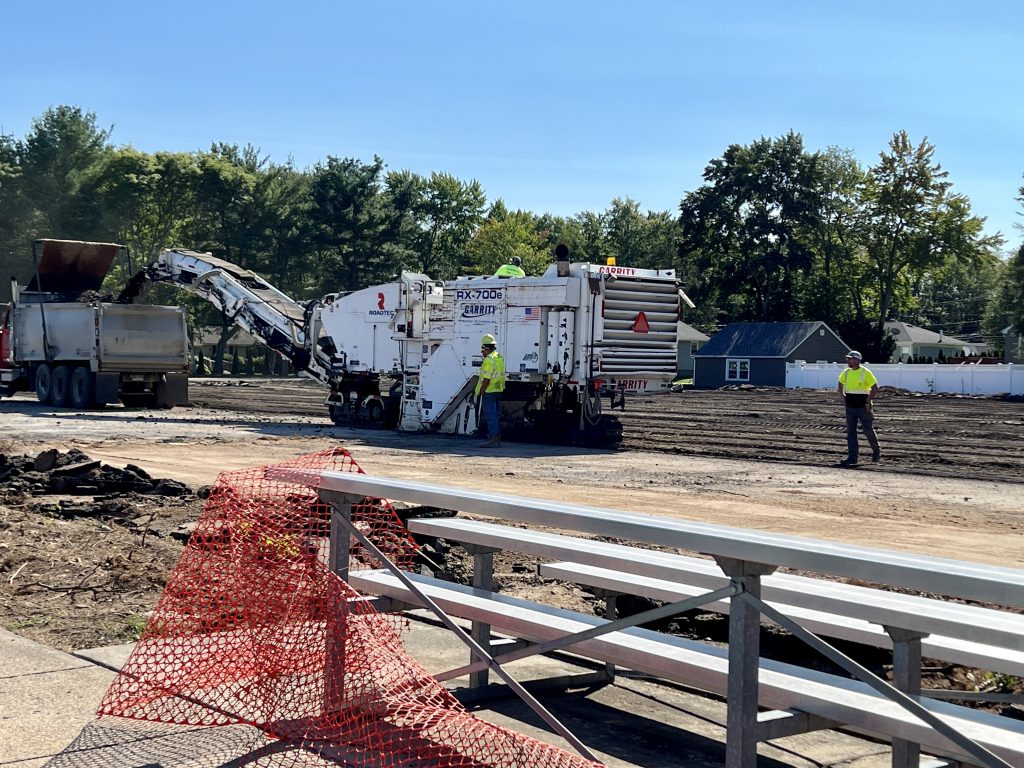 He asked the town about replacement of landscaping buffers to provide privacy between the courts and homes, and along the street, and also asked if the access door to the courts could face the street, rather than open into his yard. He also wanted to ensure that the courts would drain away from his property.

Although Council members cannot respond directly to anyone testifying at a public hearing, Ledwith said he spoke with Clarke following the hearing and took note of his concerns. He said he apologized for the lack of advance notice and would also be in touch with the construction company.

In response to a question by Councilor Carol Blanks about also providing privacy during construction, Ledwith said he will speak with the team and ensure a privacy barrier is erected. 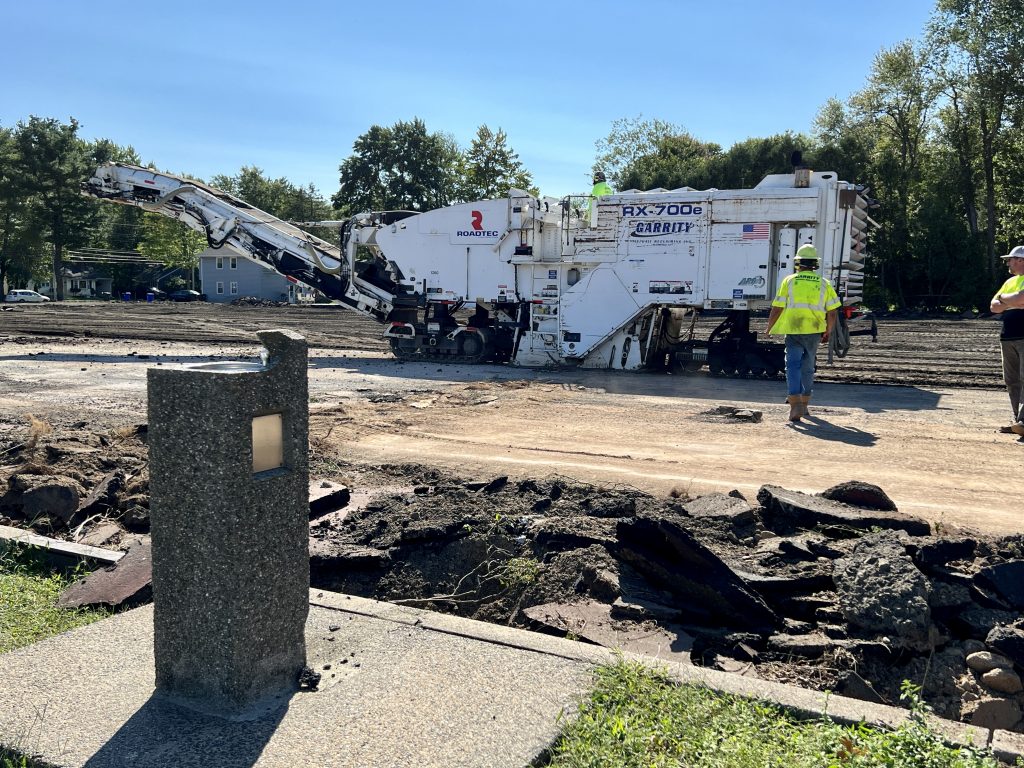 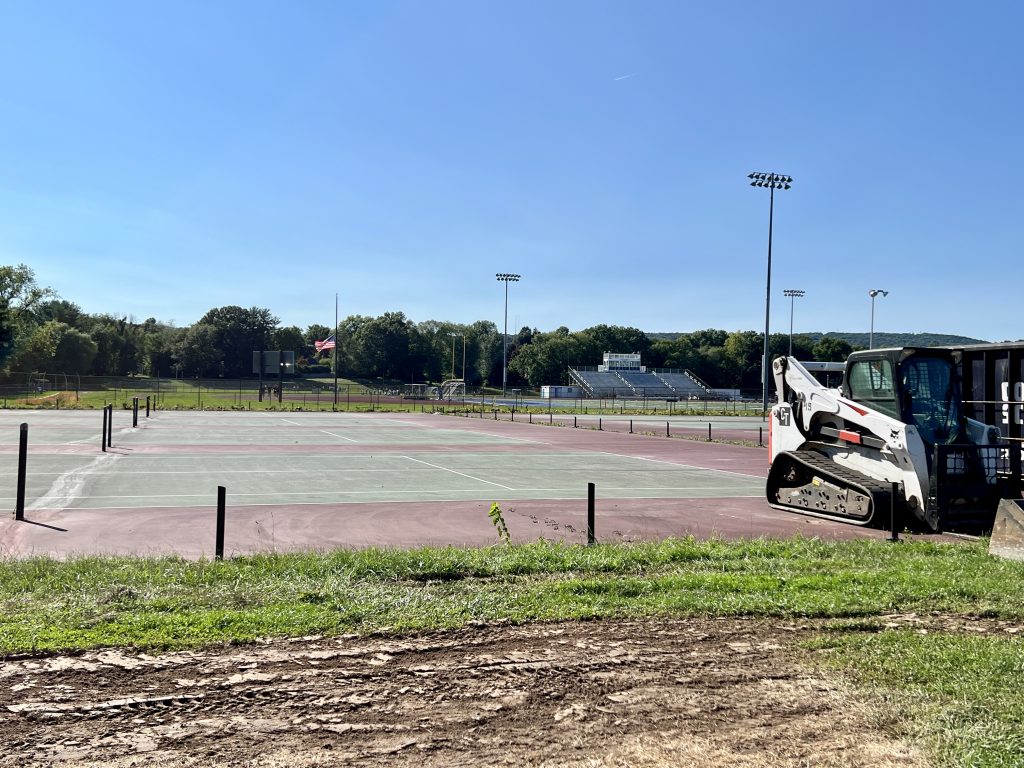