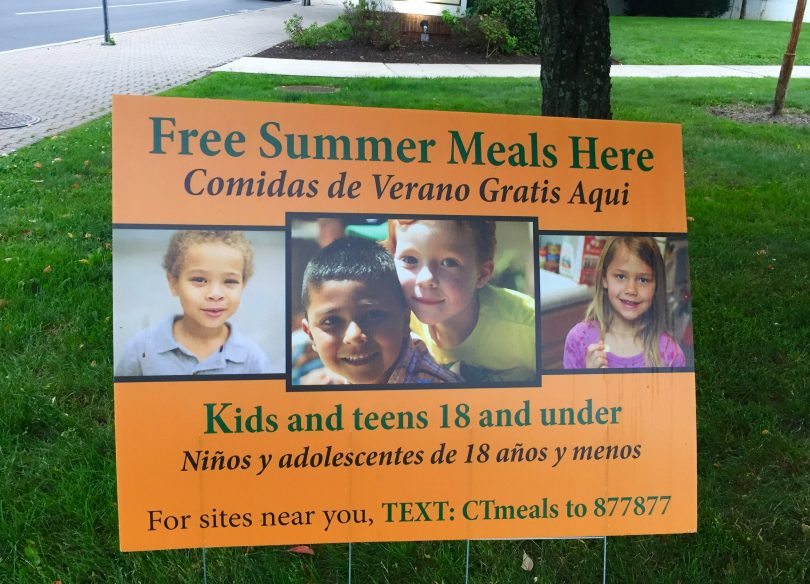 The Faxon Library in West Hartford has qualified as a site to participate in the USDA’s Summer Food Service Program.

The need for food – especially nutritious food – is critical in West Hartford during the summer months, when the approximately 21 percent of students (more than 2,000) eligible for free or reduced lunch and breakfast are not in school.

In 2017, for the first time ever, West Hartford is participating in the Summer Meals Program, an open program which is part of the United States Department of Agriculture (USDA) Summer Food Service Program (SFSP).

Sometimes there is such a thing as a free lunch.

“It’s a way to make sure children get a nutritious lunch,” Community Partnerships Manager Suzanne Oslander said. “For the many who receive free and reduced lunch, summer is a difficult time.”

Although the West Hartford Hunger Action Team has discussed the need for a program for years, Oslander said, this is the first year that the town has been able to participate in the federal Summer Meals program. “What we’ve had difficulty doing is finding a location that meets the federal guidelines,” she said. 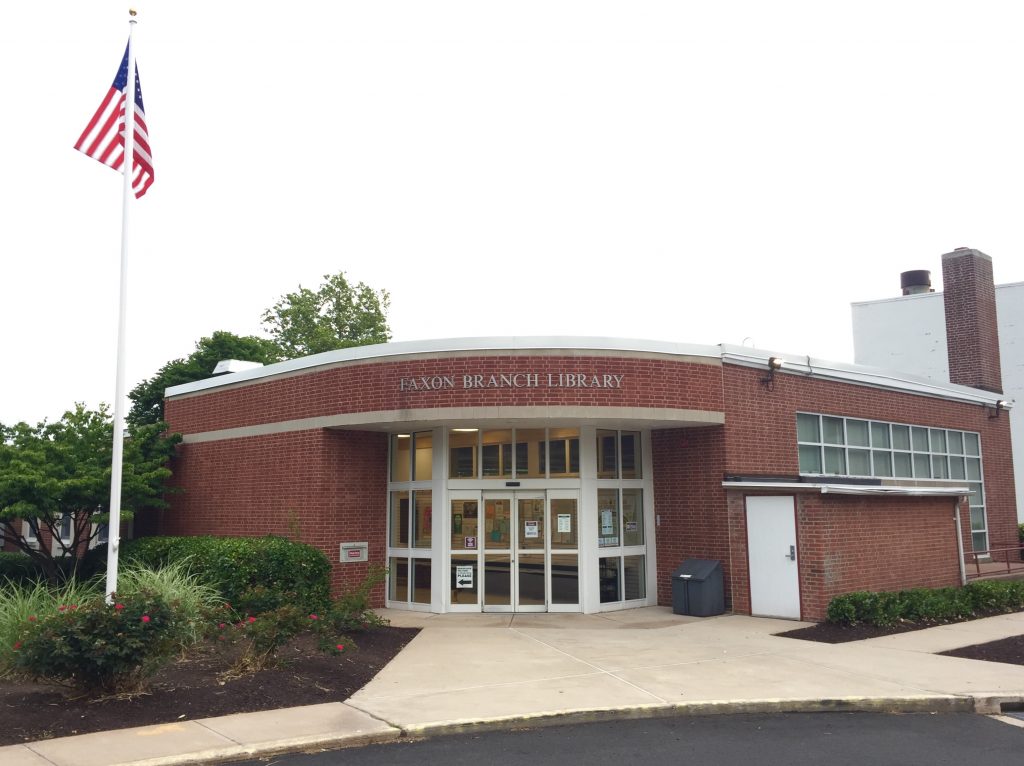 Oslander was thrilled when Faxon Library met the guidelines this year, and Library Director Martha Church was an enthusiastic proponent of the program. Eligibility for the federal program is based on multiple criteria, including income level of residents within a certain distance of the site, and the site must also be a safe and supervised environment.

“It’s great that the library opened its doors,” Oslander said. It’s a natural fit because so many young children and teens spend time at the library during the summer, she said, and it’s fun for the kids, too.

Church said that the plans for the program have been being discussed since last summer through the library’s community engagement committee, which raised concerns about hunger during the summer months. Children’s Services Librarian Carol Waxman started looking into it, and together plans came together with the social services, West Hartford Hunger Action Team, Foodshare, and West Hartford Public Schools.

Lunch is available Monday through Thursday, from 1-1:30 p.m., at the Faxon Library, 1073 New Britain Ave. in Elmwood. The program began on June 26, and participation has been growing steadily.

In the past the Faxon branch was not open on Fridays, so that’s why the lunch is only Monday through Thursday, Church said, but the hours have now changed and the branch is open from 10 a.m.-2 p.m. on Fridays, so next year the lunch program may be five days a week.

An added benefit, Church said, is that it will bring more people to the library.

Information about the program was handed out to students before the school year ended, and social services has been handing out fliers.

The program is completely free and open to all children under 18. Parents or guardians can accompany their children, but the food is only for those under 18. All must be consumed onsite; it’s not a “grab and go,” Oslander said.

West Hartford has run several “closed” summer lunch programs for years, and this year has programs at Smith STEM, Charter Oak International Academy, HANOC, and through the YMCA at St. Brigid School where participants in summer enrichment programs can also obtain meals, but this is the first “open” program where there is no need to prove age, residency in West Hartford, or anything else to qualify.

“It’s for anybody. No proof, no ID required,” said Tim Prosinski, food services director for West Hartford Public Schools. There is no need to sign up in advance.

Prosinski’s department is tasked with planning and serving the meals and doing the paperwork, including getting reimbursement from the USDA. The budget is structured so that the program is run at no cost to the town. The two employees who prepare and serve the meals are also doing the work for the closed programs, he said.

Prosinski said that USDA school lunch guidelines must be met, but that still allows for several choices to be offered to the children. Choices includes entrees like deli sandwiches, burgers, or grilled chicken sandwiches, as well as peanut butter and jelly as a vegetarian/vegan option. In addition, all children are offered one cup of milk and 3/4 cup of a vegetable or fruit. A sandwich satisfies the protein and grain requirement, but other options that many participants also choose are cereal or cereal bars and cheese sticks.

So far there have been about 20 children participating on the busiest days, but Prosinski said that there is capacity to serve at least 60, and if more show up they will make more food.

Oslander said that no lists are kept of those who participate, but she knows they are coming from a variety of schools across town.

“I think it’s wonderful. It bridges the gap between the end of school and the beginning of the next school year,” Prosinski said. He said it’s a great opportunity to meet some real nutritional needs.

Although they are not preparing or serving the food, the staff at the Faxon Library helps out by setting up the tables and chairs, and anything else that’s needed. “I’m so proud of my staff for really embracing this opportunity,” Church said.

Having the program at the library provides natural synergy as well, Church said. “Feeding minds and feeding bodies together. It’s kind of a cool idea.”

For more information text CTMeals to 877877. The program will run through Aug. 17, Oslander said.