Sears will completely vacate its space by February and construction will begin on the large property in West Hartford’s Corbin’s Corner.

Seritage will be developing the Corbin Collection in West Hartford in the space currently occupied by Sears. Town of West Hartford document

Town Council members praised a developer’s plans to invest, repurpose, and bring vibrancy to a “tired” area of West Hartford as they unanimously voted Tuesday night to approve the redevelopment of the Sears and Sears Automobile buildings in Corbin’s Corner.

The West Hartford Sears property and other Sears locations throughout the country were purchased by Seritage Growth Properties in 2015, and the company announced in November that the West Hartford store would close in January 2017.

Seritage Growth Properties Vice President of Development Brian Walsh said Tuesday that construction should begin in late February and is scheduled to be completed by the end of 2017.

The redeveloped retail center will be called “The Corbin Collection,” and according to a previous estimate by Seritage, the cost of redevelopment is expected to exceed $27 million.

“Our goal is to transform the property into a first-class shopping and social destination that adds value to the community,” Seritage Growth Properties said in a statement in December 2016 when the company confirmed that popular fast casual restaurant Shake Shack would open in its third Connecticut location in The Corbin Collection. Shake Shack, which will also have outdoor patio dining, will be located in the area of the shopping center that was occupied by the Sears Automobile Center. 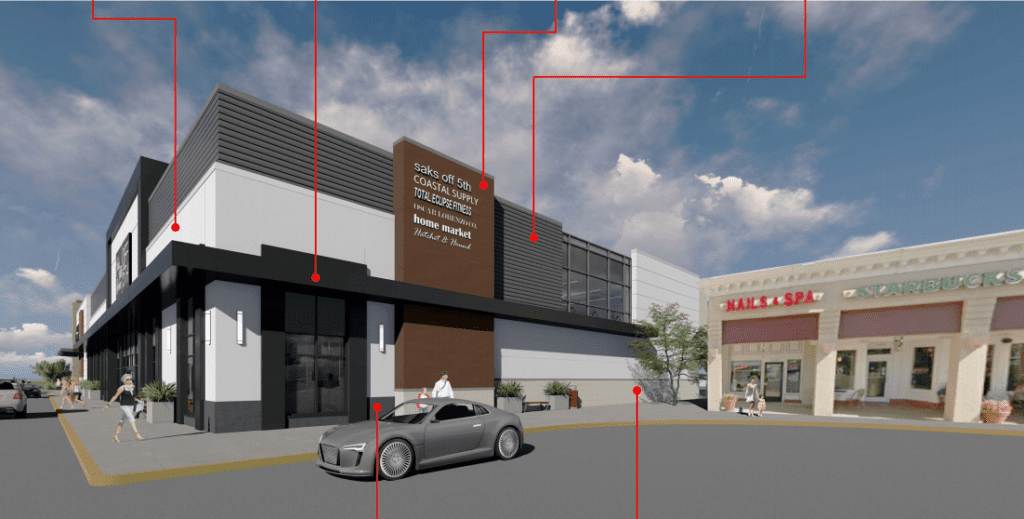 Saks Fifth Avenue Off 5th, the outlet division of Saks Fifth Avenue, was the first retailer to confirm that it will open at The Corbin Collection. This will be the third Saks Off 5th store in Connecticut, and it will occupy approximately 27,000 square feet in the southwest corner of what is currently the Sears store.

REI officially confirmed Nov. 10 that it will be moving its West Hartford store from Blue Back Square to The Corbin Collection. According to an REI spokesperson, the new 25,000 square foot store will open in The Corbin Collection in the spring of 2018. The store will be roughly the same size as REI’s Blue Back Square store – and will stock gear and apparel for outdoor activities and include a bike and ski shop that will provide maintenance and repairs. Activities through the “REI Outdoor School” will also be offered. 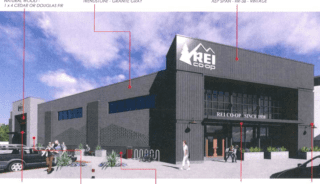 REI will be located in a section of what is now the Sears store in West Hartford’s Corbin’s Corner. Image from plans filed with the Town of West Hartford

Additional tenants have not yet been announced, but Seritage previously said the company is committed to attracting “a collection of other category-leading tenants.”

Sears opened its West Hartford store in 1961, and according to the application submitted by Attorney Susan Hays on behalf of Seritage, “since then, there have been minimal changes to both the buildings and the site, both of which are in dire need of updating and redevelopment.” Seritage’s website lists the existing Sears store as 159,630 square feet, and the Sears Automobile Center building as 34,760 square feet. 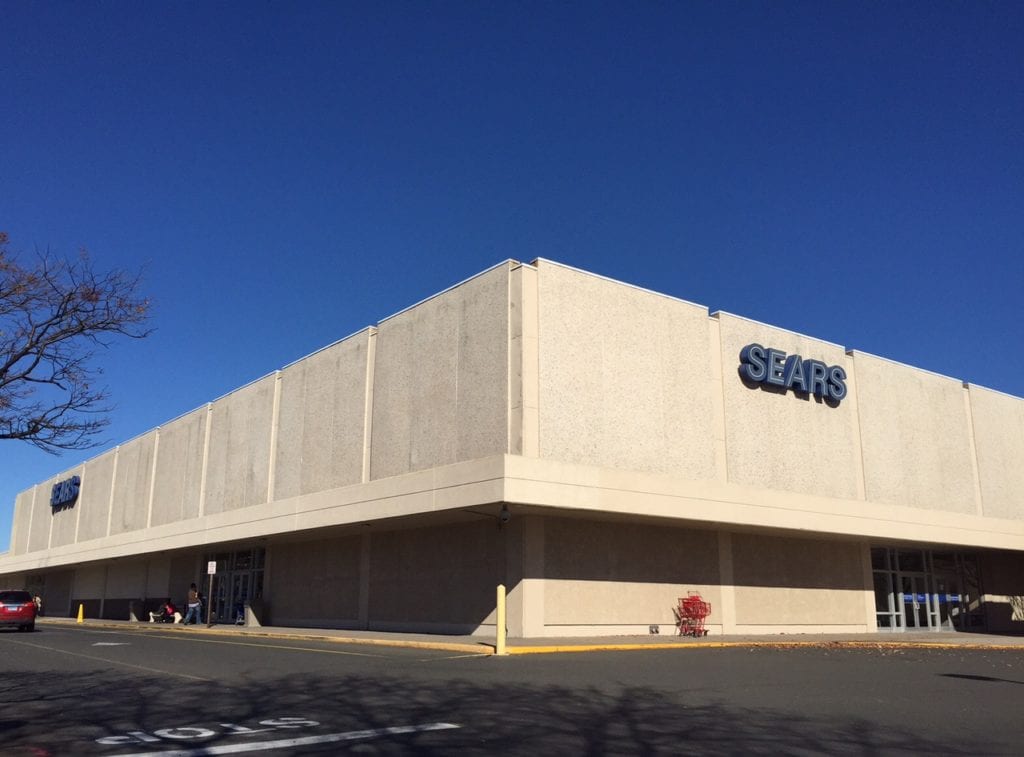 Architect Daniel Sirk, of SA Group in Cleveland, designed the project and told the Town Council Tuesday that repurposing the buildings presented “unique challenges” since architecture wasn’t really the focus in the early 1960s. The entire original Sears building will be retained, he said, and the nearly 8,000 square foot reduction will be the result of removal of additions done in the 1970s and 1980s. Some additional area will be added to the future REI space, Sirk said.

The façades of both buildings will be updated, and amenities for pedestrians will be added. Josh Swerling of Bohler Engineering said that some traffic patterns will be adjusted, and a new bus shelter will be constructed to replace the bus stop that is currently in front of Sears. There will be benches, bike racks, wider sidewalks, and raised planters throughout the site. There will be roughly 20 new trees added as well as 700 new plantings.

Parking will increase by 52 spaces, accomplished because of the decreased size of the footprint and better layout, Swerling said. An existing emergency access gate that connects the shopping center with Elmfield Street will be replaced and will allow for more space on either side so that double strollers and bicycles – but not vehicles – can pass through.

Jason Adams, a traffic engineer with McMahon Associates, said the project will have little impact on traffic. Included in the project plans are a realignment of the eastern entrance and the intersection with Ridgewood Road and New Britain Avenue.

Judy Allen, a resident of Fowler Drive, was the only speaker at the public hearing on the project that preceded the Town Council vote and she expressed her support. “I lived there when the shopping center was built and have wondered for years why somebody didn’t fix it,” Allen said. She said she is especially pleased about the revamping of the bus stop.

Town Council members praised the work that Town staff, the Design Review and Advisory Committee (DRAC) and the Town Planning and Zoning Commission (TPZ), and the applicant put into the proposal.

“Retrofitting and repurposing is what this is all about,” Deputy Mayor Leon Davidoff said. “Sears was old and tired but you found some purpose for it.”

Davidoff, who owns a retail business, said he doesn’t “want to see the shopping experience go away,” and said he is hopeful that Regency, which owns the other section of Corbin’s Corner, will be spurred by this project to make additional investments in their property.

“We are lucky to have a vibrant center … and participants willing to make investments,” Davidoff said.

“The pictures and designs look great. It’s a huge improvement for the area and I look forward to going to Shake Shack,” Council member Chris Barnes said.

Minority Leader Denise Hall thanked Seritage for investing, noting that there were no tax incentives granted for this project. “We appreciate that you have choices,” she said.

“I felt your excitement and [these plans are] really are exciting,” Mayor Shari Cantor said. “The project will bring vibrancy to that corner.”