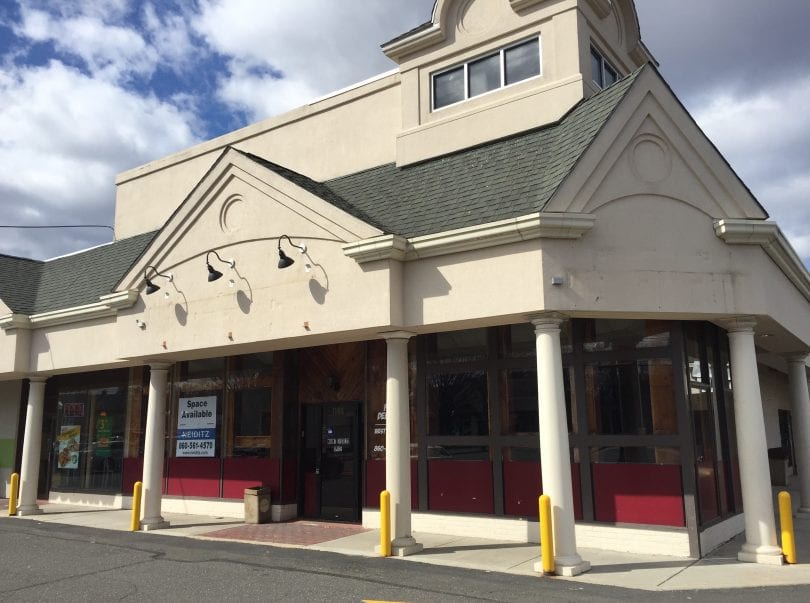 I hope I’m not jinxing it, but I think it’s really, truly, actually going to be spring in West Hartford.

The official first day of spring was on Tuesday, and the threatened “four’easter” did not even qualify as a snowstorm in this part of the state. 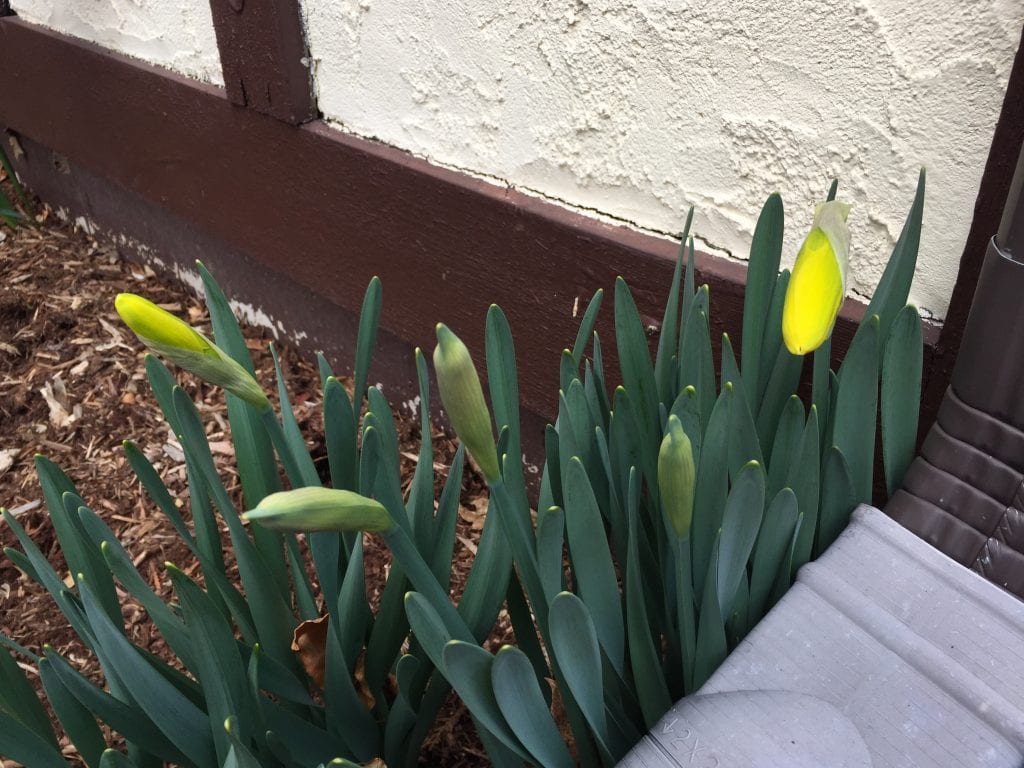 The daffodils are getting close to blooming as of March 25, especially the one right next to the downspout! Photo credit: Ronni Newton

There’s a subtle return of color to the bleak landscape – some tufts of green sprouting up in brown lawns, a pale yellow tinge to the weeping willows, and forsythia and crocuses beginning to bloom. One of my daffodils even looks like it may bloom this week, if the weather is warm enough and sunny enough. I’m ready to consign the snow boots to the basement closet.

As usual, I’ve covered a wide variety of stories this past week. Some were stories that most everyone would consider positive, like the Foundation for West Hartford Public Schools annual West Hartford’s Cookin’ fundraiser (for which I was honored to serve as assistant auctioneer alongside John Lyons) and a Hall student’s collection of prom dresses for charity. Others raised the hackles of readers with varying political viewpoints.

This week there was a forum on gun violence and school safety at Conard, attended by Connecticut’s two U.S. senators, who both happen to be Democrats. There was a March for Our Lives event in West Hartford on Saturday. The Board of Education voted to replace Columbus Day on the calendar with Indigenous Peoples Day. A West Hartford resident, an immigrant from Russia, is facing deportation. The stories involve a host of complex issues about which many have strong opinions. I have done my best to be objective in the reporting of all.

I mention the controversial stories because, while discourse and an exchange of viewpoints is very much welcome on We-Ha.com, many of the comments, particularly on Facebook, have been vitriolic. Note: If you’re calling someone names, making racial or ethnic slurs, or throwing out f-bombs, your comments are going be deleted. 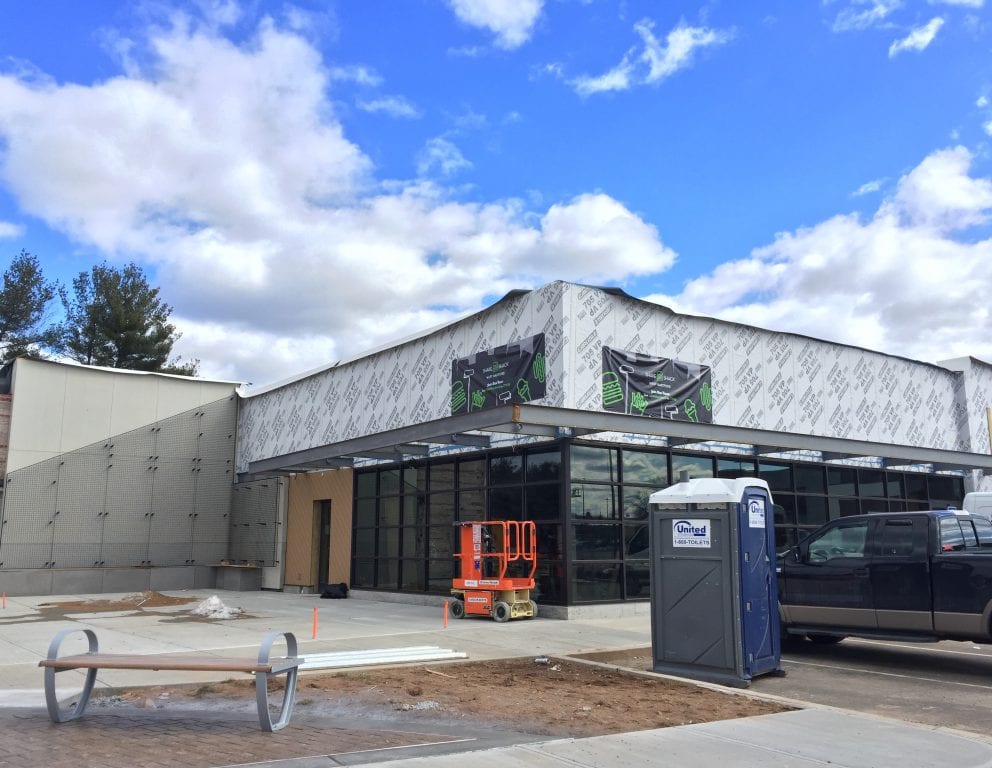 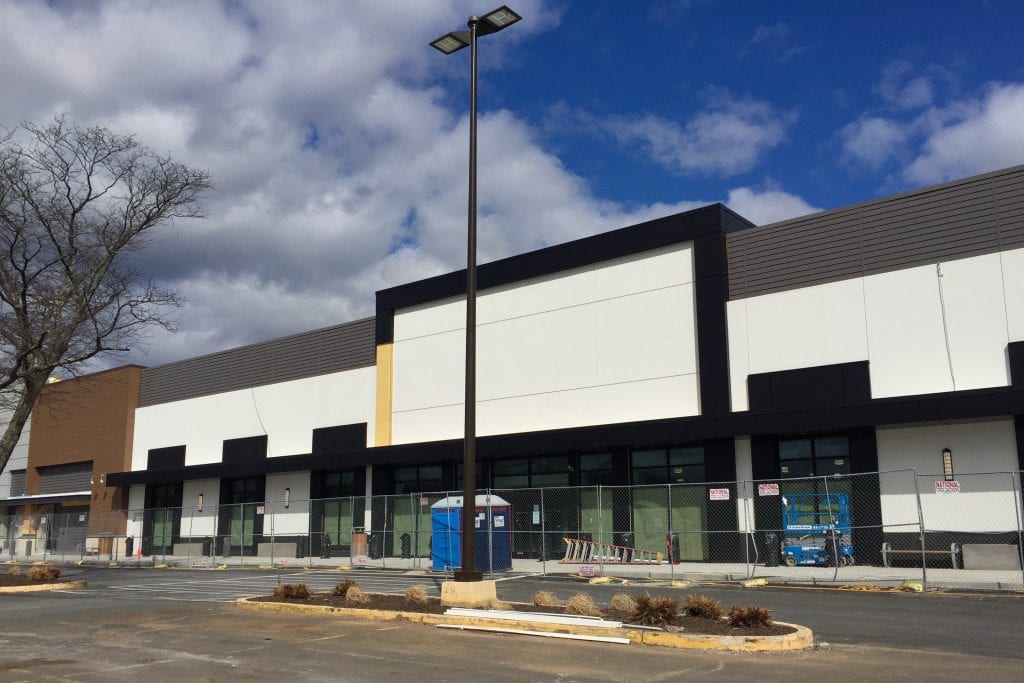 Construction on The Corbin Collection as of March 25. Saks Fifth Avenue Off 5th will open in this main section on April 19. Photo credit: Ronni Newton 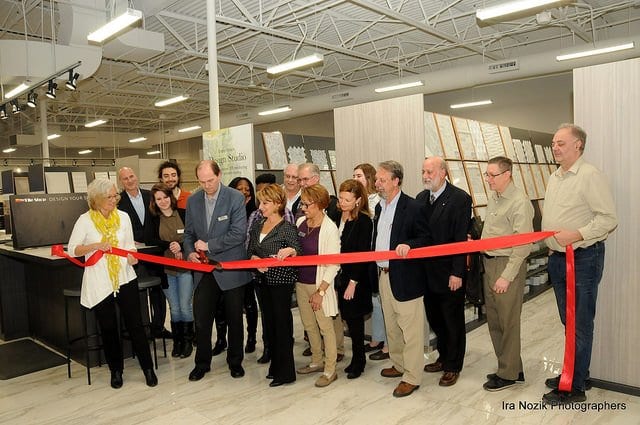 Ribbon cutting at The Tile Shop. Courtesy of West Hartford Chamber of Commerce.