JA President Louis Golden (center) with some of the kids who have benefitted from the organization's programs. Submitted photo

Lou Golden, a 17-year resident of West Hartford, will retire as president of Junior Achievement, completing nearly 14 years of leadership.

JA President Louis Golden (center) with some of the kids who have benefitted from the organization’s programs. Submitted photo

Louis J. Golden, president and chief executive officer of Junior Achievement of Southwest New England for nearly 14 years, has announced he will retire from the position as of June 30, 2016. Under his leadership, the number of students, schools and volunteers participating in JA programs annually has increased dramatically, and a series of innovative programs have been successfully launched. 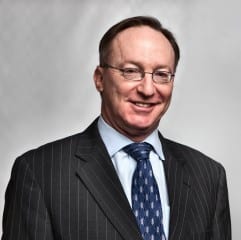 He informed the JA board of directors of his decision at a meeting last week, explaining, “Our organization is enjoying unparalleled success. We’re on track this year to serve a record number of young people. We’re in terrific shape, and I have tremendous confidence in our board and staff leadership teams. That’s why I’ve decided this is a great time to announce my retirement.”

Golden joined the organization in 2002 after a career that included 20 years at The Hartford Courant as an editor and a business executive. During his tenure, the JA organization has served more than 400,000 students, has greatly expanded its staff and has developed landmark programs, including “JA Global Connection,” the first-in-the-nation JA exchange program with China; “JA Career Connections for Young Women,” a collaboration with Junior League of Hartford focused on empowering young women to learn about professional goals; and initiatives to encourage hands-on entrepreneurship and job shadowing. Annual revenues have more than tripled, and the number of volunteers has grown steady, exceeding 2,500 annually.

“We have all the right ingredients for future success – a mission that fills one of the most critical needs of our communities, a staff that is smart and caring, and great leadership at both the board and staff levels,” Golden said. “JA empowers young people to own their economic success, and that work has never been more important.”

Christine Bromberg, a partner at the law firm of Robinson & Cole and chair of the JA board of directors, thanked Golden for his exemplary service to the organization.

“Lou Golden has demonstrated tremendous skill, dedication and vision. He is truly a catalyst in every sense. His unwavering commitment to students, and to every individual who participates in Junior Achievement, has established a high standard of excellence. Board members, volunteers, educators and students have all benefited from his leadership, and we greatly appreciate his enduring impact on our collective success.”

Annual events held by JA in Hartford and New Haven have grown into must-attend programs that draw hundreds of business leaders, and the number of corporate partners supporting JA programs with resources and volunteers has grown steadily. Most importantly, more students are benefitting from the financial literacy, entrepreneurship and workforce preparedness programs of JA, delivered by volunteers from all walks of life sharing their real-world experience.

Bromberg said that JA’s executive committee plans to recommend a candidate to succeed Golden at the board’s March meeting. She indicated that the committee is being assisted by Christy Kunz, JA USA vice president, in the transition. JA of Southwest New England works with students in Kindergarten to Grade 12 in Hartford, New Haven, Middlesex, Tolland, Windham, New London and Litchfield counties in Connecticut. Individuals who would like to offer suggestions or input regarding the organization’s leadership may contact Kunz directly at [email protected].org.