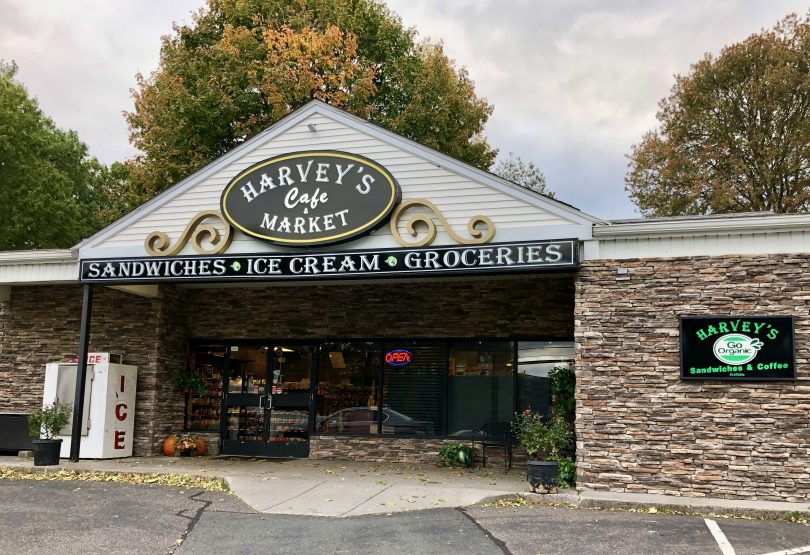 That was quite a storm we had this past week!

When I looked out my bedroom window Thursday morning, I had awful flashbacks of the October 2011 storm because there was a huge tree limb across the road, and pieces of it had pulled down a neighbor’s power line. I had woken up to a message with information about the storm from the fire department and Public Works, and has asked both to send me photos of storm damage, but then when I looked outside there was an example right on my own street.

Thanks to all of our first responders and Public Works for their efficient handling of this storm – which thankfully was nowhere near as bad as the 2011 storm. Debris was cleared from most roads on Thursday, and most people had power back that day as well. My neighbor got her power back Saturday morning (probably one of the last ones, since the outage only affected one house), and the only lingering reminder of the storm is the “road closed” sign that I think someone forgot to remove from one end of our road!

Stormy weather has definitely been interspersed with some beautiful fall weather. 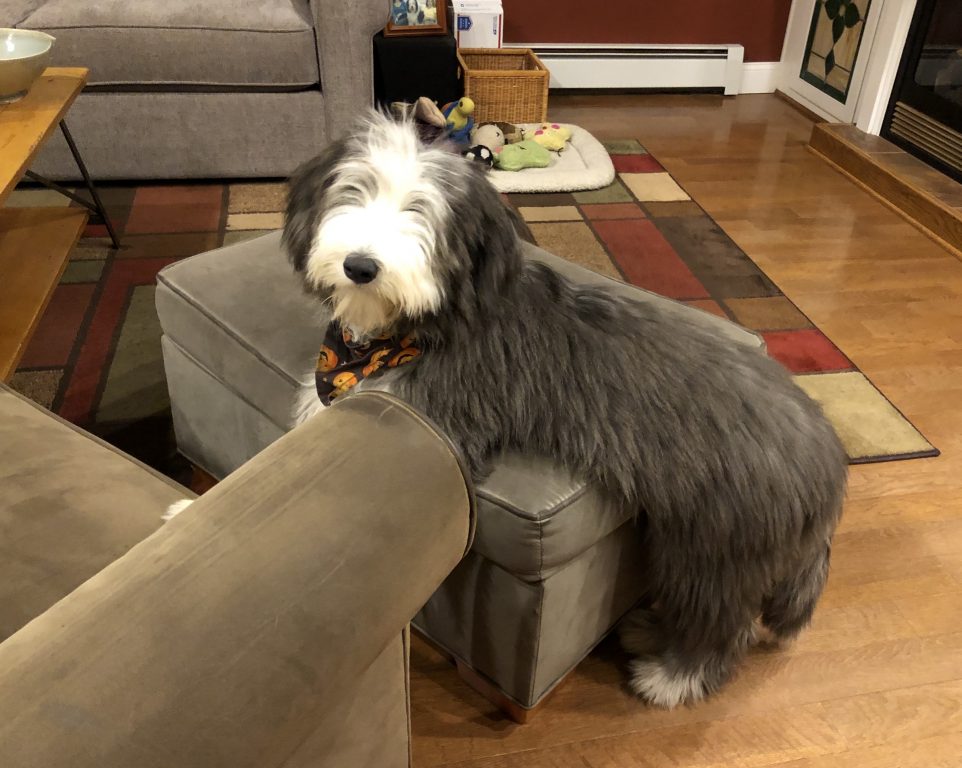 Millie is pushing her limit. She’s not “on” the furniture, just resting her front paws there. Photo credit: Ronni Newton

Ted, Millie, and I hiked to Heublein Tower last Monday, and it was so beautiful. We were hoping Millie would be able to hike all the way to the top (she looks huge, but she’s only 5 months old!), and we were so happy she made it without any problem at all – and with a lot of bounce and enthusiasm. It was quite a contrast to the sadness we felt taking that hike last year without a dog, just a few days after our previous dog, Scarlett, had died.

I drove to Simsbury on Friday and although many trees lost their leaves due to the wind and rain, the color is still fabulous and I hope everyone gets a chance over the next week or two to enjoy the fall foliage.

I’m heading to Nashville later this week to attend the annual LION Summit. I’m really looking forward to meeting with other members of LION (Local Independent Online News) – and getting some great ideas to implement for We-Ha.com.

I’ve never been to Nashville, and am hoping to have a chance to explore the city a bit! 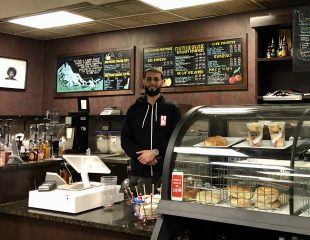 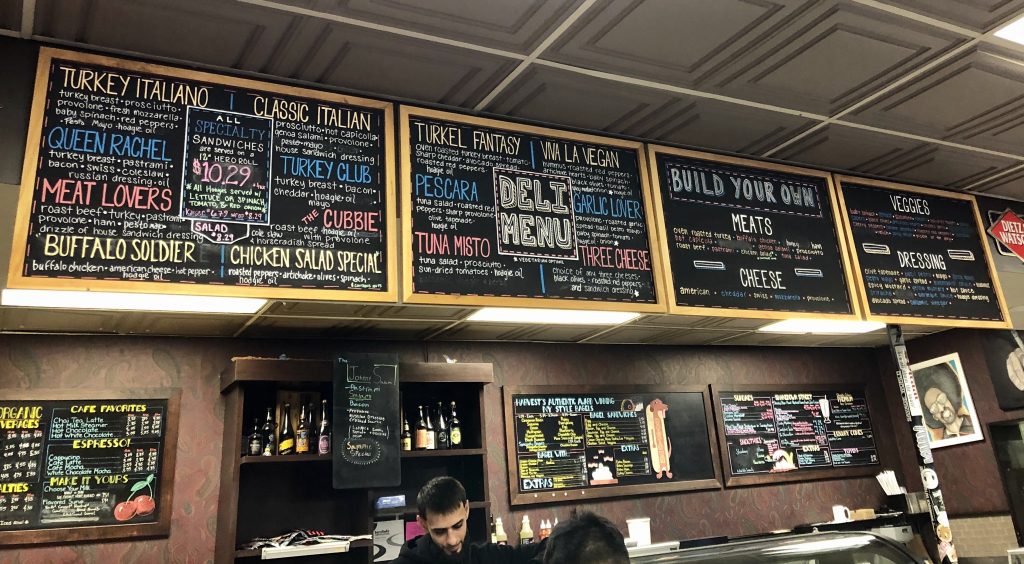 Sandwiches at Harvey’s Cafe Market include the same offerings as Harvest plus a few gluten-free options. Photo credit: Ronni Newton 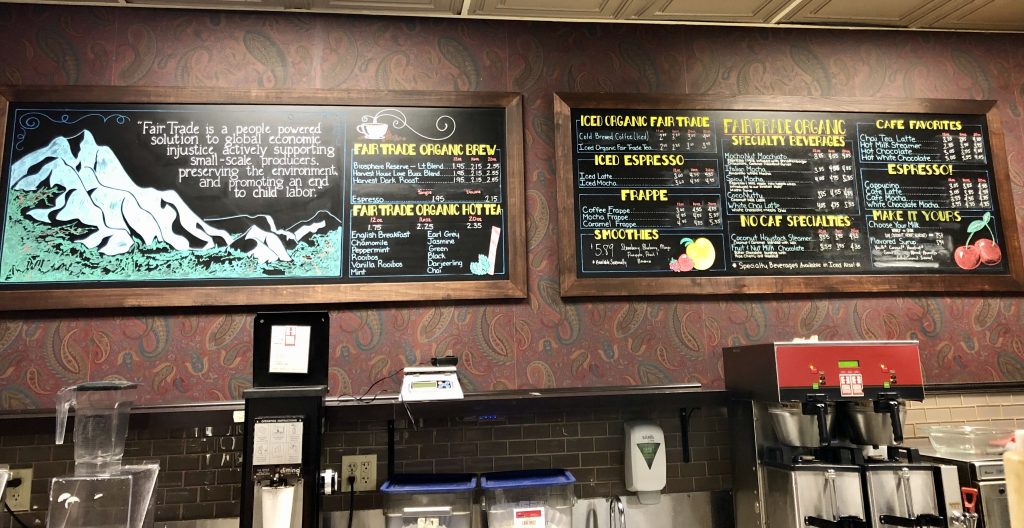